Do we need multivitamins and minerals tailored to our age and gender? Do we need supplements at all? 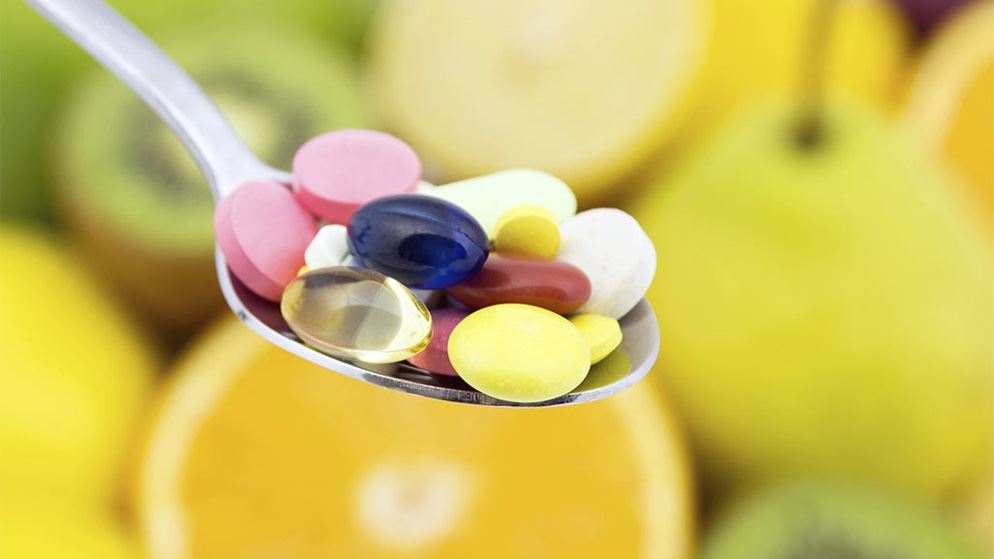 Looking for a quick fix to a poor diet?

After a few too many days of missed breakfasts, rushed lunches or takeaway dinners, there’s something appealing about the idea that you can pop a multivitamin and boost your depleted stores of nutrients.

Should you be looking for a multivitamin that’s tailored to your age and gender, or is that kind of product segmentation just a marketing ploy? And do you really need to take multivitamins in the first place?

A young woman consults a dietitian, concerned her diet is inadequate. She says she takes a number of different multivitamin products each day because she feels they help. On closer inspection, the dietitian discovers three of the products contain B vitamin complexes, and that they are delivering 17 times the recommended dietary intake (RDI) of vitamin C.

The dietitian determines she has a perfectly adequate diet – she doesn't need to take pills as well. She’s a typical example of the "worried well", and this group – indeed Australians in general – are enthusiastic consumers of multivitamins.

"There's good evidence to suggest that if a vitamin or mineral supplement replaces a deficiency, it will be beneficial," says Dr Trent Watson, accredited practising dietitian (APD) and spokesperson for the Dietitians Association of Australia. But aside from a few specific situations or groups of people, most people who have a balanced diet have no need for supplementation.

"In the western world, even those not following such great diets are usually getting adequate nutrition, and it’s not necessary to take multivitamins for general health," says Watson.

Associate Professor Tim Crowe of Deakin University’s School of Exercise and Nutrition Sciences agrees: "Most people don’t need multivitamins – particularly the 'worried well' of the population who eat reasonably well most of the time – and their money is better off spent on good food".

Taking multivitamins as a nutritional insurance policy may impact more than just your wallet.  According to nutritionist Rosemary Stanton, "it may contribute to neglecting healthy food choices", and this has consequences for long-term health.

Supplements: who needs them?

Specific vitamin and mineral supplements may be beneficial for the following groups of people, but bear in mind that individual requirements vary and it’s best to get advice from a health professional before self-prescribing.

People of different genders and ages do require more or less of certain nutrients according to their varying body sizes, metabolism rates, activity levels and food intake levels. Adult women, for example, require more iron than men up to the age of 50, and as both men and women get older their vitamin D needs tend to increase.

"The government’s RDIs for each vitamin and mineral are set out by gender and age, and manufacturers are mirroring these RDIs in their formulations. This is a good thing," says Crowe.

But in some cases, the fragmentation is more about marketing than genuine need. For example, there are numerous small differences in nutrient levels between Swisse Women’s Ultivite 50+ and 65+ formulas, but in reality the RDIs for most nutrients are the same for women at both ages. And both the boys’ and girls' Bioglan Kids Gummies Multivitamins products are identical – it just depends on whether you want packaging featuring Disney princesses or characters from the movie, Cars.

Can you overdose on vitamins?

There are situations when multivitamins might not always be safe. There’s some evidence that high levels of iron supplements prescribed to pregnant and lactating women may decrease zinc absorption.

"A leading cause of poisoning in children is iron poisoning," says Crowe. "While the quantity in one multivitamin tablet is perfectly safe, if a kid thinks they’re lollies and eats the whole packet then there’s the potential for harm."

According to Watson, 'the law of toxicology suggests that anything in the right doses can be toxic. There’s an increasing body of evidence that suggests large doses of vitamin A increases the risk of lung cancer, for example."

If you're taking vitamin or mineral supplements or natural or herbal remedies along with prescribed medicine, it's also important to be aware of possible interactive effects.

Although over-consumption of certain vitamins or minerals can be dangerous, ingredients are generally at such low doses in a multivitamin it’s harder for them to be over-consumed and cause damage.

'There’s only so much of each nutrient you can pack into a multivitamin pill – in that way they’re self-limiting – and often it’s not even close to the recommended dietary intake (RDI)," says Crowe. "Taken as directed there’s little chance of harm as a dose is unlikely to contain levels of nutrients above the recommended upper level of intake."

In fact, the dose of an individual vitamin or mineral in a multivitamin may be so low as to render it useless. For example, a dose of glucosamine sulfate – a substance thought by some to help relieve the pain of osteoarthritis – is typically 1500mg in clinical trials. Nature’s Own Mega Potency 50+ Years Multivitamin contains just 100mg.

To complicate matters, it’s very difficult for a lay-person to know what they’re getting in a multivitamin and to compare products.

Vitamins are listed under their vitamin name on some bottles (e.g. vitamin B3) and their chemical name (e.g. niacin) on others. Different brands produce the same basic supplement from different compounds, any of which may appear on the bottle. For instance, calcium can be derived from calcium phosphate, calcium pantothenate, calcium ascorbate, calcium carbonate or calcium orotate (amongst others).

Some companies list the weight of the ingredient (which could be a compound), while others state the vitamin or mineral equivalent of that ingredient. And manufacturers of products sold in Australia don’t need to list how much of each ingredient relates to a recommended dietary intake (RDI).

Vitamins and minerals: how much and which foods?

Aside from a few specific situations or groups of people, most people can fulfill their vitamin and mineral requirements by eating a healthy, balanced diet.

To check the RDI of all macronutrients (protein, fat, carbohydrate, fibre) and micronutrients (vitamins and minerals) for your gender and age, use the NHMRC's Nutrients & Dietary Energy Calculator.

For a summary of key vitamins and minerals, their function in the human body and the best dietary sources, see this table.

It’s particularly important for parents to provide a healthy selection of foods for their children rather than give them a multivitamin to cover up for possible nutritional shortfalls. Stanton stresses that it’s not OK for kids to eat junk just because they’re getting multivitamins: "A recent study of Australian preschoolers found that 31% were overweight or obese, and their diets lacked fibre and had too much saturated fat – problems that a multivitamin won’t fix."

"Don’t offer something that will distract from consumption of real food," says Watson. "Children become consumers of everything you serve them eventually, so it’s worth persisting with good food."