Which over-the-counter medicines, supplements and health products are best left on the shelf? 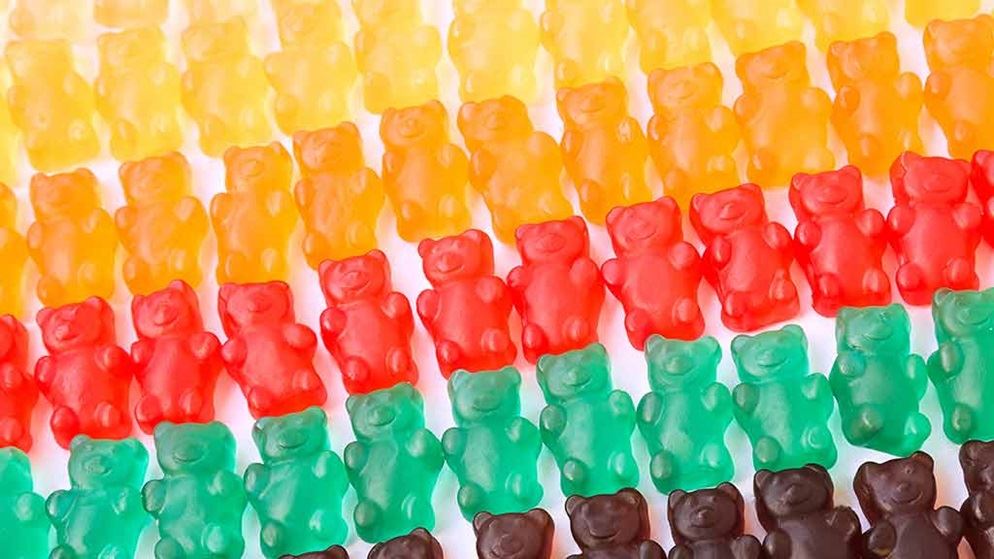 You might think pharmacies only sell products worth buying, and certainly the medicines sold from behind the counter would fall into that category.

But scanning the shelves, we found a surprising number of products that couldn't possibly live up to their claims, others that might do more harm than good and some that don't offer very good value for money.

Kids don't always eat what we'd like them to. Whether it's fussiness, lack of appetite or allergies, making sure children get all the vitamins and minerals necessary for healthy, growing bodies can be a real worry for some parents. But there are better ways to do this than giving them vitamin lollies from the pharmacy.

In 2017 CHOICE gave a Shonky to Vita Gummies and similar sugary vitamin lollies. As we said back then, "We're not saying that children shouldn't enjoy lollies as a treat from time to time, but it's another thing to claim that those lollies are also good for teeth and health in general."

Another such treat is goat milk buttons or chews, which claim to be a great source of calcium and protein for kids who are lactose intolerant or can't drink cow's milk. However, if taking the recommended serving sizes your child will get very little of either protein or calcium.

Containing turmeric, magnesium and black pepper, this supplement's label suggests it targets muscle and joint pain in the upper back, neck and shoulders. Putting aside the limited evidence that these ingredients will have any effect at all, especially for immediate and short-term pain relief, the implication that somehow it will target a specific area of the body is spurious.

Once substances are absorbed into the bloodstream they spread through the body, and if they were to have any effect on muscles or joints, they would do so everywhere – not just the upper back area. Nurofen was fined $6 million for suggesting its products targeted certain parts of the body, and it was hoped that other companies would learn from the case. The "+" in the product name is a bit of a get out – on its website, Blooms says it's "for back, neck, shoulders and more".

For acute pain or inflammation, experts recommend simple painkillers like paracetamol or ibuprofen, or use heat packs or ice. For chronic pain, visit your doctor or a physiotherapist to find out what's causing it and how to manage it.

Magnets are promoted in alternative medicine to relieve pain. Weak static magnets (as opposed to strong electromagnets) are placed strategically on the body where the power of the magnets is claimed to interfere with nerve signals and thereby relieve pain.

There are various magnetic support bandages sold in pharmacies for knees, ankles, elbows and backs. While safe to use, there have been very few scientific studies evaluating the effectiveness of magnet therapy – the company admits that only "some [studies] have resulted in positive conclusions", while others have noted there's no good quality evidence they work.

It's likely that at least part of any treatment effect comes from the pressure and support you get from the wraps and bands containing the magnets – and you can buy these for less than half the price of the magnetic versions.

Melatonin is a hormone produced by the body when it gets dark. It relaxes you and helps you sleep. Melatonin supplements are sometimes used to help people get to sleep, especially in cases of jetlag or for shift workers, where the body clock is out of sync with the desired sleep-wake cycle.

The only ways to get melatonin in Australia are with a prescription, or by buying it from overseas. You could also fall for homeopathic products like Bioglan Melatonin, which are on sale in pharmacies. Sometimes it's clearly stated that the product is homeopathic, other times in the ingredients there'll be a notation like 6X, which tells you it's been diluted to one part per million.

There's no evidence that homeopathic melatonin (or homeopathic products in general) has an effect better than placebo, so you'll be wasting your money. If you're having trouble with sleeping or think you may benefit from medication for jetlag or shiftwork, see your doctor.

Targeted at parents feeling anxious about whether their toddlers are eating healthily, toddler formulas offer peace of mind when "consumed as part of a healthy, varied diet".

While toddlers are notoriously fussy eaters, most can safely drink cow's milk, so do you really need a special formula?

Paediatric experts and health authorities worldwide say no. Yet there are plenty of products available on pharmacy shelves, which cost about $20–$35 per tin.

Apart from being more expensive than fresh or powdered milk, some contain less protein and calcium. There are also concerns that kids filling up on these drinks won't eat the nutritious foods they need – which only confirms the parents' worry that their kids "won't eat", and therefore need the formula.

If you're concerned about your child's diet, talk to a health professional such as a GP, community nurse or dietitian.

NPS Medicinewise cautions consumers to read the dosage instructions and product warnings of combination products carefully. Different brands have different amounts of active ingredient, and different dosage instructions. They also warn that taking paracetamol and ibuprofen together increases the risk of side effects beyond either drug alone, and they're not suitable for children under 12 and adults over 65.

A 2017 report noted that there was a spike in calls to the NSW Poisons Information Centre after the pills were downgraded from "pharmacist only medicine" to "pharmacy medicine", when consumers could buy it without consulting a pharmacist. Typically, people were taking two tablets instead of the recommended one, because that's what they were used to doing.

Combination pills aren't suitable for all types of pain, where paracetamol or ibuprofen would be a better choice. And if you haven't taken combination pills before, speak to your doctor or pharmacist first.

Pseudoephedrine is a decongestant that helps relieve that stuffed-up feeling you get with sinusitis, head colds and allergies. But in 2006 it changed from being available over-the-counter to behind-the-counter, pharmacist-only medicine (so you had to ask for it, and give ID).

As a result, many cold, flu and sinus products changed from using pseudoephedrine to phenylephrine, or PE. While it's safer, with fewer side effects, and can't be used to make methamphetamine, studies have unfortunately found that PE isn't an effective decongestant.

Ask your pharmacist about more effective alternatives, which will depend on whether your congestion is caused by a cold, sinusitis or allergies.

Benzalkonium chloride is a preservative used in cosmetics and therapeutic products, including various eye drops. But it does cause irritation in some people, and there are concerns that long-term use can damage the surface of the eye. For occasional use on red or itchy eyes, it's likely not an issue, unless you're sensitive to benzalkonium chloride.

If you regularly use eye drops for dry eye or other chronic problems, you might consider switching to a product with a different preservative, or use preservative-free drops, which come in small, single-dose plastic droppers.

There are plenty of fluoride-free "natural" toothpastes on sale in pharmacies. Some are aimed at babies, but many are exploiting people's fear of fluoride and/or "chemicals".

Newly forming tooth enamel is vulnerable to the effects of excess fluoride. Babies and toddlers under 18 months shouldn't use toothpaste that contains fluoride and for children 18 months to six years there are lower fluoride products available.

While there are rare circumstances when fluoride-containing toothpaste isn't recommended, in general the Australian Dental Association advises children and adults brush their teeth twice a day (or more) with a toothpaste containing fluoride. For people over 18 months, choose a toothpaste containing the right level of fluoride for your age. For adults and older children at increased risk of dental cavities there are stronger products – your dentist will advise you if this is necessary.

An unrelenting cough associated with a cold or flu can send us running to the pharmacy looking for relief. Unfortunately, there's no convincing evidence cough medicines are effective.

Some will be effective for some people, sometimes – and you may well find something that works for you. But a large review of studies found that results were mixed and conflicting, and overall there's no good evidence for – or against – their effectiveness.

In something of an anomaly, there are some cough medicines containing ammonia and senega that were 'grandfathered' onto the Australian Register of Therapeutic Goods (ARTG) as registered medicines, rather than listed. Registered medicines normally require evidence of their effectiveness, and that little R on the label next to the ARTG ID number is a fairly reliable indicator that the medicine lives up to its claims. But these products were accepted on the basis that they're pretty safe and they've been used for a long time, and there's no scientific evidence they're effective.