Are Panadol and Nurofen any better than generic paracetamol and ibuprofen, and can they target specific pain? 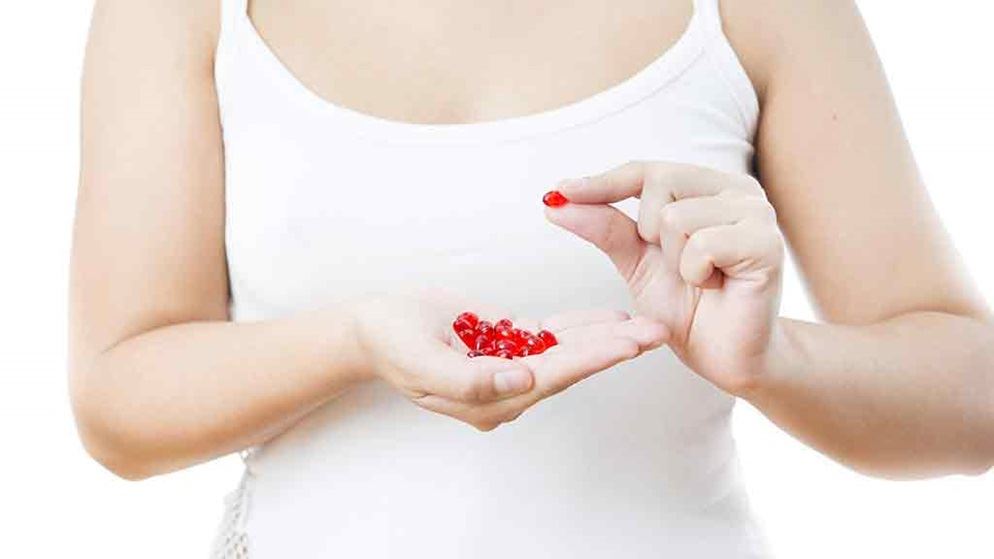 
**Update 14 December 2015: Following action by the ACCC, the Federal Court has ruled Nurofen 'Specific Pain' products be taken off the shelves within three months. The court found that Nurofen's packaging was misleading with its claims that the painkillers could treat specific types of pain such as migraines, tension headaches, period pain and back pain – when in fact the products are identical. Could Panadol be next?

When pain strikes, many people reach for branded over-the-counter (OTC) pain-relief medication such as Panadol or Nurofen instead of their cheaper generic equivalents. But is there really any difference between what are all essentially just paracetamol or ibuprofen tablets? Do you actually get a painkiller that's more effective, safer, targeted at specific pain or even faster acting when you pay more?

Pay less for your medication. See our unbiased article saving money on medicine.

The short answer is no, not really. But given the plethora of painkillers on the market, it's easy to be fooled. CHOICE investigated the OTC pain-relief market and found drug companies have successfully convinced consumers to pay up to five times more than they have to (based on prices at supermarkets, chemists and online in April 2014) for a humble ibuprofen or paracetamol tablet.

What's the difference between branded and generic medicine?

Whether branded or generic, when it comes to paracetamol and ibuprofen there's no difference in quality. Whether you pay three cents or 17c a tablet, the same dosage of paracetamol will work in exactly the same way. The same goes for ibuprofen.

While this may sound like common sense, it doesn't seem to be guiding the way we shop for pain-relief drugs. In fact, over the past 10 years we've become more likely to choose Panadol or Nurofen, despite the increase of cheaper pain-relief alternatives on sale.

In 2013, Australians spent around $629m on over-the-counter painkillers, according to Euromonitor data. Half of that is accounted for by sales of Panadol and Nurofen. Panadol's market share of 28% is closely followed by Nurofen at 22%. No other brand of paracetamol or ibuprofen comes anywhere near either of these, with the next most popular brands being Herron Gold with 2.2% market share, and Panamax with 2.1%.

"Go with the cheapest. That's what I do." - Gregory Peterson, professor of pharmacy at the University of Tasmania.

In addition to the usual variations in tablets, caplets and so on, as well as variations on the theme of fast-acting relief, there's also a double up in products with exactly the same formulation, just marketed differently.

Consider, for example, the packaging of Panadol Osteo and Panadol Back & Neck Long Lasting. Both contain 665mg of paracetamol and are marketed as "sustained-release" tablets, relieving pain for up to eight hours. Yet Panadol Back & Neck Long Lasting is four times more expensive per caplet than Panadol Osteo (only sold in packs of 96 while Back & Neck comes in a 36-pack). GlaxoSmithKline, Panadol's parent company, admits that "both products have the same formulation" and that they are "identical" (apart from their price tags).

**Update: Since first publishing this story, the federal government has committed to removing paracetamol from the PBS.

How generic drugs are marketed differently

Beyond branded paracetamol and ibuprofen, OTC pain-relief medicines sold in Australia are manufactured by a limited number of companies. Various drug companies manufacture generic painkillers in order for private labels to apply their own branding.

While the inactive ingredients may be different, this does not affect the efficacy of the drug (although they're worth checking with your pharmacist if you have any allergies or intolerances). Neither Nova Pharmaceuticals nor Coles would comment on whether these were in fact exactly the same products.

As CHOICE highlighted when we awarded a Shonky to Nurofen in 2010 for its range of "targeted" pain-relief products, ibuprofen cannot and does not directly target specific pains. Ibuprofen works throughout the body, attacking whichever pain it comes across, similar to the way a sprinkler puts out a fire. However, despite complaints, the Therapeutic Goods Administration (TGA) has approved the claim "targeted relief from pain".

In addition, in 2012, the TGA recommended that medicines not be "marketed as '[brand] headache', '[brand] backache', '[brand] joint pain' [and so on] if they include the same active ingredient with the same dose." The TGA says the proposed changes should be enacted with a new labelling order, however, further consultation is needed before it can be finalised.

Coles has also decided to get in on specific pain products with its MediChoice Migraine Pain and Period Pain ibuprofen tablets – which contain exactly the same active ingredient as its regular ibuprofen gel capsules, and are more than 1½ times the price. And, more than three times more expensive than Aldi's Hedafen liquid capsules, the cheapest equivalent product on the market, yet remarkably similar.

The following four products are all made by Nova Pharmaceuticals in India.

Since we first published this story, the ACCC has taken action against Nurofen's 'Specific Pain' products. In a win for consumers, on December 2015 the Federal Court ordered Reckitt Benckiser to remove its targeted pain products – migraine, tension headache, period pain and back pain – from retail shelves by 14 March 2016.

Can some painkillers work faster than others?

Many painkillers on pharmacy shelves claim to be rapidly absorbed. Panadol has various "fast" formulations such as Optizorb, Panadol Rapid and Panadol Extra with Optizorb. Nurofen also makes similar claims with its Zavance range. Both Nurofen and Panadol's fast-absorbing drugs can cost up to almost double the price of their regular counterparts. But are they really any faster than regular painkillers, and are they worth the mark-up?

"Most of the hype about 'faster-acting' paracetamol or ibuprofen is just that – hype," says Dr Louis Roller, associate professor in pharmacy practice at Monash University. The sentiment is echoed by professor Peterson, who says that "on the whole, there is very little convincing evidence for any differences in speed or efficacy between the various forms of ibuprofen or paracetamol".

"Most of the hype about 'faster-acting' paracetamol or ibuprofen is just that - hype." - Dr Louis Roller, associate professor in pharmacy practice.

Obviously the medication needs to be absorbed before it can start acting. Peterson suggests a soluble product, or aspirin, may be faster acting. There's also some evidence that liquid capsules are absorbed marginally faster because the tablet doesn't have to break down. But essentially, there's little difference between the regular and fast-absorbing products.

Michael Vagg, a pain specialist at Barwon Health, says most painkillers are well absorbed anyway, within 15 to 30 minutes. Although the claims Panadol and Nurofen make that their faster products are absorbed twice as fast as their regular products may be true, it's not "clinically relevant," says Vagg.

* Average of three online pharmacy prices in March and April 2014.

The variety of premium products can be very confusing for consumers. Nurofen's Zavance liquid capsules are the most expensive Zavance product on the market, so you'd probably assume the product is better or faster acting. But that may not be the case.

When we asked Zavance's parent company Reckitt Benckiser about this, they said it is the excipients, or non-active ingredients, in Zavance liquid capsules that make it act faster rather than the active ingredient.

Professor Peterson acknowledges that excipients can affect the rate and extent of drug absorption, but says the real question is how much of a difference they make. "In most cases the differences are probably modest and unlikely to make a huge difference to the patients' outcomes. Often, it is more about marketing."

Ibuprofen vs paracetamol: what to take when

While Panadol and Nurofen are the two main competitors in over-the-counter painkillers, they're actually two different products that work differently to relieve pain. Ever since ibuprofen was made available for sale on supermarket shelves in 2004, ibuprofen sales have given paracetamol products some competition. But it's not always the best drug for the job.

In many cases paracetamol and ibuprofen can be used interchangeably. While it's still not known exactly how paracetamol works, it's considered to be safer than ibuprofen for most individuals, according to Peterson. It also costs less.

But there are instances where ibuprofen may be a better choice, says Vagg. As an anti-inflammatory, it's preferred for inflammatory injuries such as sprains. Vagg also recommends it for headaches if you get them several times a week to prevent headaches from medication overuse. Ibuprofen should be avoided though by people with stomach problems such as ulcers, high blood pressure, heart failure, asthma or those who are pregnant.

Vagg says there are a number of studies suggesting a combination of one paracetamol and one ibuprofen tablet is more effective for acute pain such as headaches, than either treatment alone (this doesn't apply to persistent or chronic pain like arthritis). Maxigesic, combining ibuprofen and paracetamol, hit the shelves in March 2014, but for now it's still quite pricey.

What's the right dose of paracetamol or ibuprofen?

A large chunk of the analgesics we found on Australian shelves are made in India. It's a country where pharmaceutical manufacturing has come under increased scrutiny in recent times from the US Food and Drug Administration. In 2013, drug manufacturer Ranbaxy USA was found guilty of violating Good Manufacturing Practices (GMP – principles and procedures that ensure quality drug manufacture) as well as falsifying documents.

However, all the experts CHOICE spoke with said OTC pain-relief medicines in Australia are well regulated, and that there's no reason for concern about country of origin. If it's got the AUST R number on it, which all over-the-counter painkillers such as paracetamol and ibuprofen are required to have, it means it's been through a thorough regulation process by the TGA.

How is pain-relief medication regulated?

Painkillers aren't tested by TGA laboratories prior to approving them for sale, but rather assessed for safety, quality and efficacy by the TGA based on companies' self-reported data. Drug manufacturers in Australia are also required to demonstrate compliance with GMP, which is usually done through an inspection.

Overseas drug manufacturers must also prove compliance with GMP with documentation, or occasionally an on-site inspection if documentary evidence can't be provided. Based on the company's documentation and in conjunction with advice from TGA experts, the TGA decides whether or not to approve the product.