That number at the bottom of the label can tell you a lot about how effective a medicine may be. 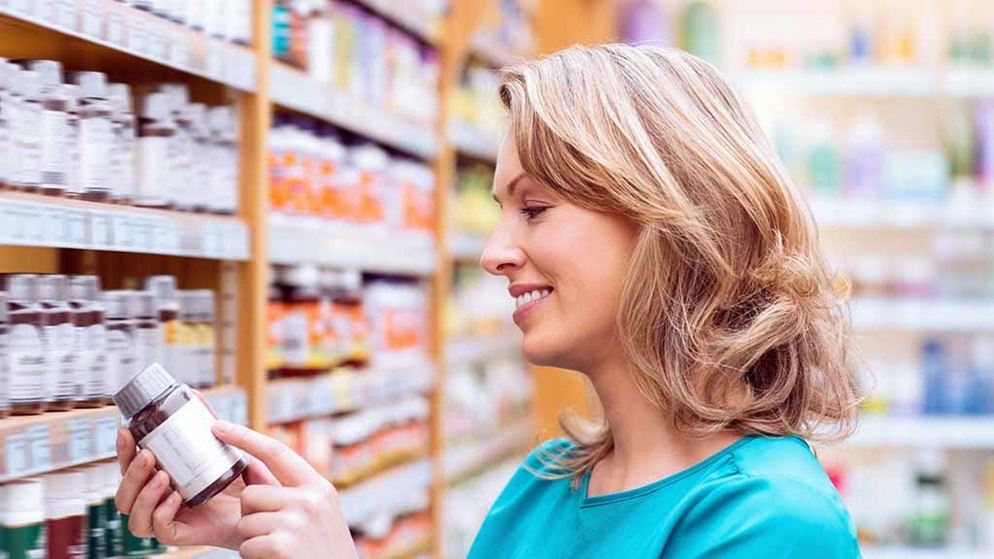 There's a lot of information on the labels of medicines and dietary supplements, but a very important part of the label is often overlooked. In fact, this part can tell you a lot about how safe and effective a product is likely to be.

We're talking about the listing or registration number from the Australian Register of Therapeutic Goods (ARTG), which is administered by the Therapeutic Goods Administration (TGA). Somewhere on the front of the label you'll find a number, preceded by AUST L or AUST R. The L stands for listed, and the R stands for registered. The difference is significant.

Listed products (AUST L) are considered low risk by the TGA, and companies must be able to demonstrate safety and quality. They include some over-the-counter medicines, including sunscreen and most complementary medicines and vitamins.

The company must also hold evidence it works, but the TGA doesn't look at the evidence for every product that is listed on the ARTG. However, it does conduct some random and targeted reviews of a small percentage of products each year.

Reviews of studies on commercially available complementary medicines have found that while some have been well-studied and found to be effective, many have not, and scientific evidence for their effectiveness is often scant, poor quality and/or inconclusive, if there's any at all.

Similarly, vitamins and minerals are useful for correcting dietary deficiencies, but benefits in doses above and beyond recommended daily intake are few and far between, and in large amounts some can be harmful.

Registered products (AUST R) are considered higher risk than listed products, and the TGA individually assesses each one for safety, quality and evidence that it works as claimed. The level of evidence required is much stronger, usually in the form of clinical trials to prove they're effective.

Consumers in the dark

Given the difference in regulatory requirements for listed and registered products, we were interested to find out how much consumers understood. In a national survey of 1052 people CHOICE Consumer Pulse found that 80% had never actually noticed these numbers on the label, and a further 7% weren't sure.

Among the 142 people who were aware that the label contained these codes, many weren't really sure what the difference was between AUST R and AUST L. And when it came to evidence they work, almost half (43%) erroneously thought listed products had been evaluated by the TGA to see if they worked, while a further 23% weren't sure.

Overall, when people were asked if they were concerned that many herbal medicines and dietary supplements hadn't been tested by the TGA to see if they work, more than three-quarters (77%) said they were at least a little concerned, and only 7% were unconcerned. Eighty-two percent thought that information on the label highlighting this would be useful.

A CHOICE mystery shop of 240 pharmacies found many pharmacists are recommending alternative medicines that have little to no scientific evidence to prove their effectiveness.

How safe are listed and registered medicines?

Registered medicines aren't always safe – which is why they're subject to greater scrutiny by the TGA. Before they can be sold, they often undergo many years of clinical testing on thousands of people, and all known risks are documented. While all medicines – even placebo medicines – have side effects reported, if the risks are considered too great they won't be permitted on the market.

Even after registered medicines go on the market, safety continues to be monitored and if problems emerge at this point, the product may be withdrawn from the market or perhaps more tightly regulated. On an individual level, a doctor will also check they're safe for their patients – some medicines can affect some people differently to others, especially if they're taking more than one medicine.

When it comes to listed products, however, in addition to the questionable efficacy, there are questions about how safe they are. And with patients often neglecting to tell their doctor they're taking them, doctors may be kept out of the loop.

The TGA doesn't actually test the products for safety and quality. There is a list of ingredients that the TGA considers safe in medicines, though sometimes only in limited amounts. As long as products only contain these ingredients in the allowed amounts, they are likely to be safe for consumers. Sometimes there are lab tests of products and inspections of manufacturing facilities to ensure good manufacturing practice is upheld.

The problem may lie with ingredients that aren't listed on the label. For example, Australian researchers found that nine out of ten traditional Chinese medicines (TCMs) were found to be adulterated with toxic substances, pharmaceutical drugs and/or animal DNA not listed in the ingredients.

In addition, some herbal ingredients permitted by the TGA in listed products have been found in some studies to be harmful – for example, green tea extract, garcinia combogia and bitter orange.