Omega-3 is linked to many health benefits, but are fish oil supplements really the quick fix? 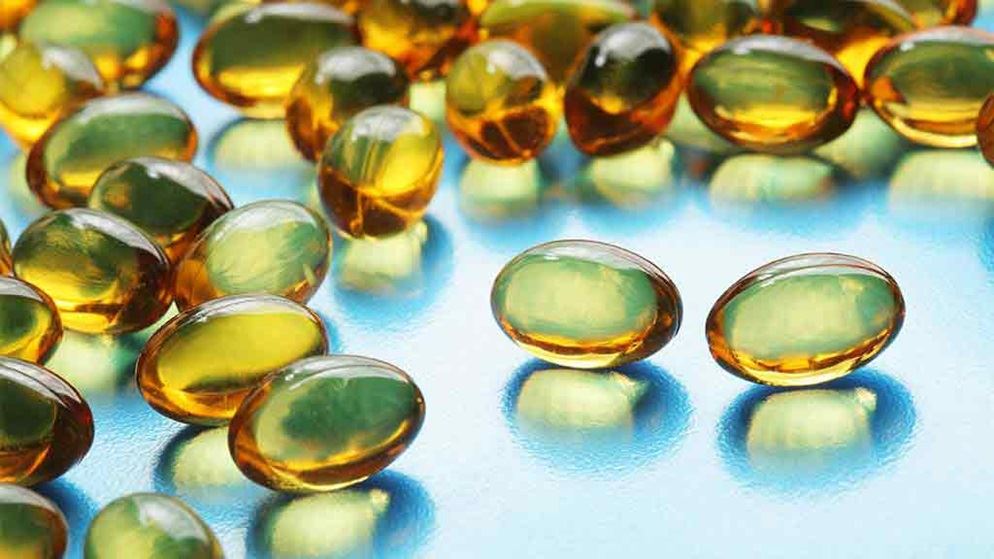 Is omega-3 too good to be true?

It’s hard to think of another substance that’s linked to such a vast range of health benefits as omega-3 fatty acids. But can you be sure you're getting the right amount for your needs, or if you're getting it from the right source?

The anti-inflammatory properties of omega-3 fatty acids have been called upon to relieve conditions such as arthritis, diabetes, some cancers, ADHD, autism spectrum disorder and behavioural problems in children. They’ve also been proven to help treat depression, dementia and cognitive decline in older people, heart disease, inflammatory bowel disease and asthma, as well as skin, eye and bone disorders.

Sales of omega-3 supplements exceed $200m annually in Australia and are growing at a rate of more than 10% per year, as people complement conventional medications or try them as a natural alternative. But despite 40 years of increasing consumption, this nutrient is courting controversy, with recent studies finding omega-3 supplementation may not be as effective as it was thought to be.

Omega-3 benefits, according to the experts

There is a mind-boggling array of studies around omega-3s, some indicating therapeutic benefits, others showing promising but inconclusive results, and still others showing no benefit at all. The variation in results, says Professor Les Cleland, director of rheumatology at the Royal Adelaide Hospital, is because the studies are done with different populations and different numbers of people who have varying levels of health, and using different doses of omega-3 taken over different time periods.

Research is also complicated by the as-yet-unanswered question as to whether benefits are the same when omega-3s are sourced from fresh fish or taken as supplements. There is, according to Cleland, solid scientific evidence that fish oil helps relieve pain for rheumatoid arthritis sufferers (but not osteoarthritis) without the side effects of anti-inflammatory medications.

Professor Manohar Garg, Director of the Nutraceuticals Research Group at the University of Newcastle, adds that it also helps maintain cardiac health by reducing triglyceride levels and reducing inflammation. Reputable studies also show promising results for omega-3’s positive effect on mental health disorders and prenatal infant eye/brain development too. The experts agree that a regular intake of omega-3 is crucial for good health – and that, sadly, 90% of Australians aren’t getting enough.

It's an essential polyunsaturated fatty acid (PUFA) found in some plants, seafood, and, to a lesser extent, eggs and meat. Omega-3 is seen as "essential" because the human body can't produce it and so we must source it from foods or supplements.

There are several different types of omega-3 polyunsaturated fatty acids, but the long-chain omega-3s are most important for therapeutic benefits, particularly docosahexaenoic acid (DHA) and eicosapentaenoic acid (EPA). Although many supplements contain 1000mg of fish oil, it’s the DHA + EPA omega-3s that have the best therapeutic benefits for conditions such as rheumatoid arthritis. A standard 1000mg fish oil capsule will usually contain 300mg DHA + EPA.

Alpha-linolenic acid (ALA) is a plant-sourced short-chain omega-3 that’s found in linseeds (also known as flaxseed), canola, chia seeds, pumpkin seeds, tofu and walnuts. However, ALA must be converted by the body to DHA and EPA, and requires a much larger intake to achieve the same therapeutic benefits as DHA + EPA.

Omega-6 is also an essential fatty acid. It’s found in seeds and nuts, and their oils such corn, canola and sunflower. A healthy diet should contain a balance of omega-3 and omega-6. However, the western diet tends to contain a higher proportion of inflammatory omega-6, mainly from the vegetable oils commonly used in processed foods, and not enough anti-inflammatory omega-3.

Too much omega-6 will interfere with the absorption of omega-3 and an imbalance is thought by some to be a contributing factor in the rise of cardiovascular disease, cancer, and inflammatory and autoimmune diseases. Omega-9 is not considered essential as we can make it our bodies. It’s found in olive oil, olives, avocados, nuts, sesame oil.

It's estimated that Australians are getting about 160mg of DHA + EPA per day. But what's the recommended intake?

For disease prevention, the Heart Foundation recommends at least 500mg DHA + EPA per day for children and adults.

At the lower end, the NHMRC sets the minimum you need for good health at 90mg for women and 160mg for men per day from a marine source of DHA + EPA.

For arthritis pain relief, 3000mg DHA+ EPA per day is recommended, and the Heart Foundation suggests 1000mg from a marine source (DHA + EPA) for those with coronary heart disease, plus 2000mg from plant sources such as ALA.

The best way to meet a 500mg daily quota of these fatty acids is to consume two to three 150g serves of oily fish a week (skin on). Oily fish offers a good whack of omega-3 in a package of low-fat protein, with vitamins A, B12, D and E, iodine, selenium, calcium, zinc and iron.

“Food-based delivery of omega-3 is best because it encourages people to focus on eating a healthy diet that offers a wide variety of nutrients from different sources,” says Dr Catherine Itsiopoulos, spokesperson for the Dietitians Association of Australia.

“Taking fish oils has been shown to reduce levels of unhealthy fats, but taking a supplement does nothing to train people to eat better, which over time has huge health benefits.”

A study from the University of Melbourne found that both fish and supplements increase the omega-3 in blood levels, but the salmon eaters in the study also had improved blood pressure. “Blood pressure is a more powerful predictor of heart disease risk,” says Itsiopoulos. “We think this benefit occurred not just because of the omega-3, but because the two salmon meals replaced two less healthy meals.”

How much Omega-3 are you getting?

*Check DHA + EPA on the packaging, as different brands vary.

A supplement is one alternative if you just can’t manage to get enough omega-3 from fresh food, but making a choice can be an overwhelming task when faced with a towering wall of supplements in the supermarket or chemist.

The most important information to look for on the supplement packaging is the total amount of DHA + EPA. A product may contain 1000mg of fish oil, but in a standard fish oil capsule there will be about 120mg DHA + 180mg EPA, making a total of 300mg DHA + EPA.

It’s safe to consume up to 3000mg of fish oil per day, but you may well be wasting your money if you take more than you need.

A relative newcomer to the world of omega-3 supplements, Antarctic krill (Euphausia superba) oil is from small crustaceans found in the Antarctic Southern Ocean waters. A rich source of omega-3, krill has a similar overall fatty acid composition as fish oil. However, some krill oil companies claim the phospholipid fats in krill make it more effectively absorbed and therefore more powerful than fish oil. They also spruik the benefits of the antioxidant astaxanthin, which is found in krill.

“There is not yet enough evidence to support the claims that krill oil is more powerful or better absorbed than fish oil,” says Professor Garg. “Ultimately it’s the DHA + EPA levels in the supplement that are important, whether they’re from krill or fish oil.” Cleland agrees. “Krill oil has no demonstrated advantage beyond its levels of omega-3 and omega-6, which are in fact lower than in fish oil. The benefits of the antioxidant astaxanthin are unknown.”

Cenovis Krill Oil + Fish Oil claims to be nine times more powerful for arthritis relief than a 1000mg fish oil capsule. It has 350mg of krill oil and 385mg of fish oil for a total of 250.1mg DHA + EPA per capsule. A standard fish oil capsule contains 300mg DHA + EPA, so it’s hard to see exactly why the Cenovis capsules are nine times more powerful. Each capsule also has about 15 times less DHA + EPA than is recommended daily for rheumatoid arthritis relief.

Is the price right?

If you’re taking high doses of around 3000mg per day for rheumatoid arthritis, a liquid fish oil is a convenient option. One daily 5mL dose of Blackmores Liquid Fish Oil (150ml bottle) is 2800mg, slightly less than 10 standard capsules (300mg DHA + EPA). The recommended price is $39.99, so it works out at $1.33 per day.

The Heart Foundation recommends 500mg per day, but if you can’t wrangle fresh fish into your child’s diet or if they’re put off by the taste of a regular fish oil capsule, try one such as Blackmores Kids Fruity Fishies, which has 300mg per capsule, or Thompson’s Goldfish Junior Omega-3 with 258mg DHA + EPA per capsule. Less attractive is Nature’s Way Vita Gummies Omega-3, with only 46mg per serve and just under a teaspoon of sugar.

Triglycerides is just a fancy name for specific form of fat. Concentrated omega-3 triglycerides means that some of the fish oil has been removed, leaving a higher, or more concentrated, amount of DHA + EPA per gram of oil.

Some brands claim to have a higher quality product due to a more comprehensive filtering process which reduces toxin levels below Therapeutic Goods Administration (TGA) requirements, or advertise the addition of vitamin E to help reduce the rate of oxidation. These extras generally add the price.

Enteric-coated capsules are designed to bypass the stomach and be released in the small intestine to reduce fishy after-taste and reflux. Odourless fish oil has undergone a deodorising process to remove any fishy taste, and this can also hike up the price.

If you're taking a fish oil supplement, always have it with food to avoid fishy burps. Just like any other edible oil, omega-3 will oxidise over time – a process where oxygen in the air starts to decompose the oil causing it to become rancid – so store it in a cool, dark place and pay attention to the use-by date.

Omega-3 supplements in Australia are regulated as complementary medicines by the TGA, which sets safety standards, including standards for heavy metals such as mercury and toxic organic chemicals.

Unlike with fresh fish, it’s difficult to tell whether supplements are rancid. Check the use-by date, particularly if you are buying in bulk, to ensure the supplement is still fresh by the time you consume it all. If you open a fish oil capsule and it smells odd, don’t take it.

Omega-3 and the environment

According to the WWF, studies from the Food and Agriculture Organization of the United Nations (FAO) have shown that global fisheries are at a tipping point. If demand continues to rise, stocks of all species currently fished for food are predicted to collapse by 2048. To help make better environmental choices when buying fresh fish, the Australian Marine Conservation Foundation  produces the Sustainable Seafood Guide and app.

Fishing low-trophic species (small, fast-breeding fish such as anchovies, sardines and krill that are at the bottom of the food chain) is generally considered a better choice ecologically than harvesting large, slow-growing, long-lived species like tuna. However, in the face of increased commercial fishing there are indications that even low-trophic fisheries are less resilient than first thought, as they are increasingly harvested to feed bigger species raised in fish farms.

An obvious way to be ecologically savvy with fish oil supplements and fresh fish is to take or eat only as much as you need.