Our investigation found some pharmacies are selling 'health' products that simply don't work. 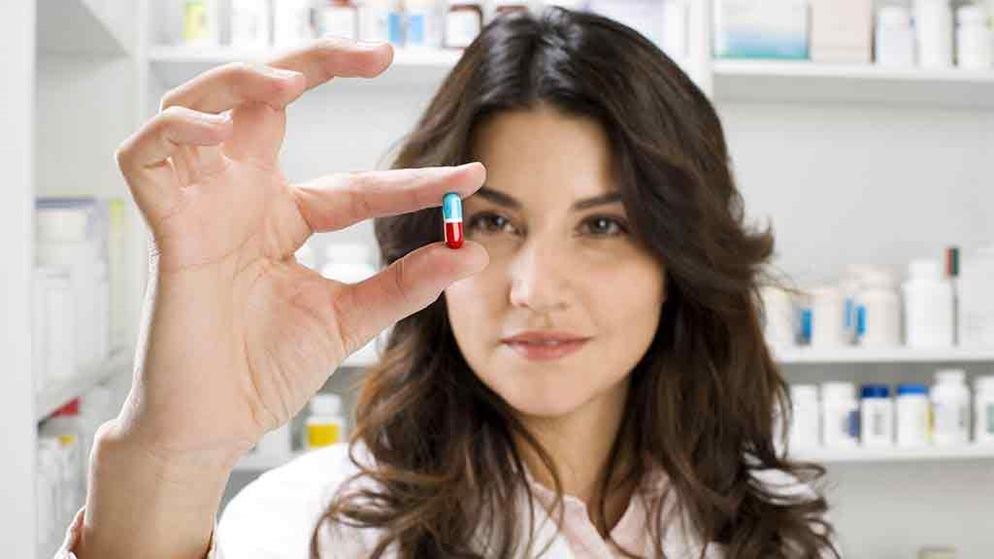 No longer just storefronts where experts dispense medicines and provide community health information, modern pharmacies have developed into full-blown retail enterprises. They sell all manner of products, including non-prescription medicines, vitamins, and herbal remedies, as well as sunscreens, cosmetics, toilet paper, nappies and even lollies. But some of the apparently "medical" products aren't safe or effective. Should pharmacies be selling them?

People trust pharmacists and can reasonably expect them to sell effective health-related products. Despite this, we've found many products sold at pharmacies are not only ineffective, some are unsafe. So which products can you trust? We investigate some of the dubious products found on pharmacy shelves.

Ear candles are long hollow cones inserted in the ear canal and lit. Proponents variously claim the candle draws earwax and "impurities" or "toxins" out of the ear canal, and provides relief from sinus and ear infections, headache and earache, as well as improving hearing. There's no evidence they're effective, and injuries such as burns, perforated eardrums and candle wax blockage of the ear canal have been reported.

Systematic reviews [AR - NHMRC review finds no evidence for homeopathy] of clinical trials say there's no scientifically plausible way homeopathy could work the way it's purported to. However, homeopaths argue you can't just treat symptoms, you treat "the whole person", and therefore a one-size-fits-all homeopathic symptom remedy such as those used in clinical trials don't provide a fair trial. But one-size-fits-all symptom relief is exactly what's sold in homeopathic pharmacy products - so by homeopathy's own logic, those are even less likely to work.

While some may be better than others, there's no good evidence they provide any significant weight-loss benefit – see our review of these detox diet products [link to detox diet review].

Antisnor acupressure rings are metal rings worn on the little finger to prevent snoring by means of acupressure. There's currently no evidence they work. In fact, in 2010 the ACCC took action against the company to prevent them claiming they do. The product is still sold in pharmacies and, by virtue of its name, claims to stop snoring.

In addition to these, there are things like anti-ageing creams and lotions that do no more than a good moisturiser - they certainly don't get rid of wrinkles; many herbal remedies that don't live up to their claims, and some cases can be dangerous; and even some cough and cold remedies that lack evidence of their effectiveness.

Should pharmacies only sell safe stuff that works?

Pharmacists are required to undergo a four-year specialist degree in the chemistry, action and formulation of drugs, and many people believe pharmacists know more about medicines than the GPs who prescribe them.

The last president of the Pharmacy Board of NSW has gone on record as saying, "Because a recommendation by any pharmacist for any medicine gives that medicine special credibility, it is essential that the recommendation is soundly and scientifically based."

In other words, there is an onus on pharmacies to sell stuff that works, and on pharmacists to stand by the safety and effectiveness of these products. But some of the products pharmacies sell aren't effective and can be unsafe. Here are the arguments for and against:

As frontline healthcare professionals, pharmacists play an important role in advising the community about health and medical issues.

It's certainly possible that selling quack products gives pharmacists the chance to entice people into their pharmacies and advise them about more appropriate healthcare measures and treatments – provided, of course, the customer actually seeks the help of a pharmacist. Given their training, you'd expect pharmacists' advice to be more evidence-based than that of someone working in a health food store or supermarket. Although we came across some terrific pharmacists in this respect during our mystery shop (below), we also found some who were indifferent or gave poor advice.

Your best course of action is to ask to speak to the pharmacist about any new or novel product you're considering, and ask about the evidence upon which they base their advice. Don't let them fob you off – if you feel you're not being taken seriously, ask for written information or reliable references.

What are pharmacists telling their customers?

Our CHOICE mystery shopper visited 30 pharmacies across Sydney, and each time asked for advice about one of the products investigated. She asked to speak to the pharmacist, but in some cases this was impractical so she could speak only to the assistant. For each product, she presented with a relevant symptom complaint and asked two key questions: "Does it work?" and "Do you recommend it?"

Lemon Detox is a "detoxifying" diet that involves drinking a concoction made from lemon juice and the detox kit mixture of maple syrup and cayenne pepper. The kit also contains a laxative tea and sea salt laxative. It costs about $90. Detox diets claim to eliminate the chemicals and "toxins" that build up in your body. However, there's no scientific basis [AR - Do diet detox products work?] to the notion that our bodies need detoxifying – the body does this itself.

Cleansing claims aside, detox diets are often used for weight loss - people will lose weight (primarily muscle tissue, due to lack of protein and water) in the short term because they're not eating. Lack of energy for everyday activities is a real danger on the "optimum" version of the program, which lasts 10 days at only 2500kJ per day.

Most of the eight pharmacists said the Lemon Detox was hard to do, and some recommended a relaxed version (where you're allowed one meal a day). Some were cautious, pointing out it was expensive and difficult, and suggested our mystery shopper take a brochure to find out more.

Two pharmacists claimed the kit contained enough nutrients for her to survive for a week. While she'd be unlikely not to survive the week, it is severely deficient in almost all nutrients.

At only two of the pharmacies was she asked questions about her general health. There are certain groups of people who should never follow this type of diet, including pregnant women and diabetics.

Three pharmacists recommended other less expensive and possibly safer – though equally nonsensical – detox or slimming products, including a homeopathic product.

The best advice came from a pharmacist who was concerned about using laxatives to cleanse and lose weight, and recommended against it. As she explained quite bluntly, "There's no evidence behind the detox theory, and if it's for weight loss, it gets down to calories in and calories out."

The Circulation Booster claims to use mild electrical impulses through the soles of the feet to create muscle contractions, to help relieve pain and reduce swelling while seated. The marketing refers to "cankles" (swollen ankles), the ailment of which our mystery shopper complained. The device is listed on the Australian Register of Therapeutic Goods as a Class II Medical Device (which means they're safe to use and that the manufacturer is expected to hold evidence to back claims) and costs $400 online for a complete kit, though it can be cheaper at chemists. Some private health insurance funds offer a rebate for the machine. Many chemists offer a free trial (as does the company if you purchase online).

There is some anecdotal evidence that the Circulation Booster helps – some people swear by it. However, not everyone's convinced of its efficacy. In 2010, the Therapeutic Goods Administration's (TGA) advertising complaints resolution panel determined there was no conclusive evidence it could provide pain relief, or that it would reduce the appearance of cankles, improve circulation, ease arthritic pain, reduce fluid retention and swelling, aid fast recovery from muscular injury or relieve aches and pains. This doesn't mean it can't do these things – only that nobody's proved that it can.

Of greater concern, though, is that swollen ankles can be a sign of cardiovascular disease – something we'd expect pharmacists to be aware of. Bypassing diagnosis by a doctor and buying the machine off the shelf simply to relieve swollen ankles could delay essential treatment for a more serious disease.

Of all the products, this one was most enthusiastically supported and recommended. Advice was generally good, and this example illustrates the importance of pharmacists being involved in the sale of these products – people buying these online would not be so well served.

At six pharmacies, contraindications such as a pacemaker, metal implants or pregnancy were mentioned, and at five our shopper was told she may be able to get a rebate from her health fund.

Three offered very good advice on the basis of questions about her health and the problem, including that she should see a GP.

Three pharmacists were keen for her to try the machine, without having asked much about her history or recommending that she see a doctor.

Four recommended the product based at least partly on sales success rather than clinical evidence.

Overall, four out of seven pharmacists recommended our mystery shopper see a doctor - an encouraging result. For example, one of these pharmacists asked why our mystery shopper wanted one and when the swelling was happening. "The pharmacist pointed out that at my age, my legs should not swell from sitting at a desk. I was advised I should get my heart checked and ask my doctor about using the product."

Static magnets are weak magnets placed on the body – usually over regions of pain or sometimes acupressure points – where the power of the magnets is claimed to relieve pain. While safe to use, there have only been a few scientific studies evaluating the effectiveness of magnet therapy, and no convincingly positive results. It's likely that at least part of any treatment effect comes from the pressure and support afforded by the wraps and bands containing the magnets.

Overall, there wasn't much enthusiasm for the products – more an attitude of "might as well try it".

Only two of eight pharmacists believed in the power of magnets and recommended them – although one of these took a good look at the mystery shopper's knee and suggested she try some stretches first.

When asked if the magnets work, five pharmacists used anecdotes to suggest they do, pointing out that other people swore by them, or that they must work because people keep buying them.

A typical response was: "People keep buying them, so they must work. If you're going to get a support bandage, you may as well get one with magnets – they may help."

Then there was this gem of wishful thinking: "There's lots of evidence to show they work but Western medicine hasn't taken to the idea. The product doesn't just support the knee like other products - the magnets take away the pain."