Should you take creatine?

From boosting sports performance to the elixir of life, we look at the evidence behind the hype. 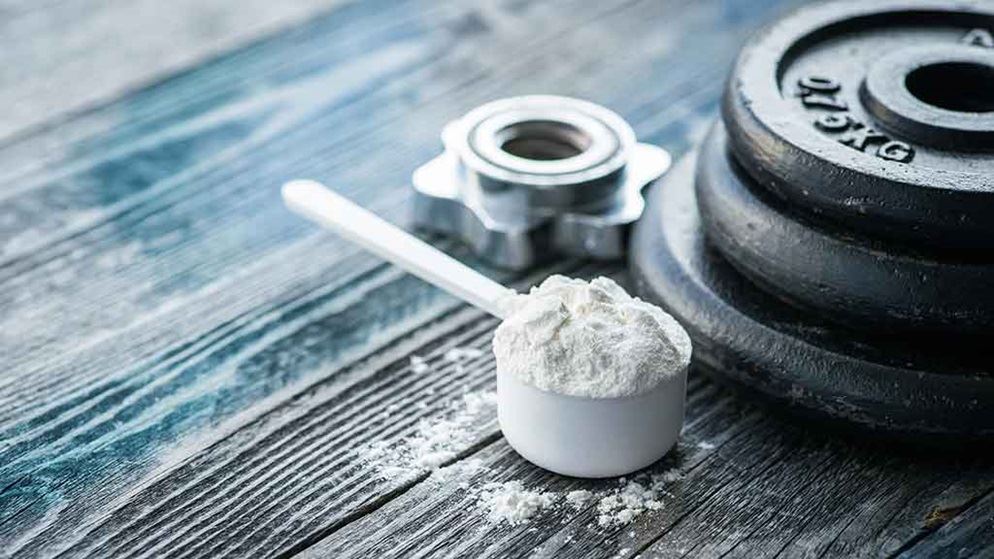 Is there anything it can't do?

Creatine supplements are touted as helping with everything from increased athletic prowess, stronger bones, preventing stroke, improving memory and helping to manage Parkinson's disease and more.

Not surprisingly, it's now one of the most popular dietary supplements on the market.

But does the evidence behind the hype stack up?

See our guide to the 10 common pharmacy products you don't need to find out which health products are best left on the shelf.

Creatine is a naturally occurring compound made from amino acids found in protein, and plays an important role in energy production within our cells. It's stored mostly in muscles and also in the brain – places where lots of energy is needed.

Our body produces some creatine, mainly in the liver, and it also comes from meat and fish in your diet. But increasingly it's being taken as a supplement in the form of creatine monohydrate, especially by athletes and bodybuilders – sales in the US alone are estimated at 2500-4000 tonnes per year.

What can creatine supplements do?

Its usefulness in certain sports is well-documented, and creatine supplements have been used this way for several decades. But because of its role in various aspects of human physiology, creatine has been or is currently being investigated for various other uses, most excitingly in areas that could lead to a much improved quality of life for people with certain medical conditions and age-related changes.

No matter what the usage or condition, not everyone benefits to the same degree and some may not benefit at all. It's not clear why this is, but a creatine supplement seems to be most useful when existing creatine levels are low, which may occur in vegetarians, vegans, and people who don't eat much meat. The body can only use so much, so if you've got enough, having more won't help – any extra is excreted in urine. However, there have been cases where excessive amounts have been linked with more serious health effects, particularly kidney problems.

Improving some aspects of sports performance Creatine is most useful for improving performance in sports where there are repeated bursts of hard work, followed by short periods of rest or recovery. Many sports are like this, where players sprint, then slow down, then sprint again.

Improving weightlifting performance When taken regularly, it also appears to increase strength, power and muscle mass in weightlifters. It's not clear whether it's because they're able to train harder, a placebo effect or if there's something else going on. An added bonus: your muscles will look even bigger, thanks to the added water.

Improving muscle strength in people with muscular dystrophy Duchenne muscular dystrophy causes muscle weakness and fatigue, affecting patients' ability to walk and eventually affecting the heart and breathing. Patients have lower creatine levels than normal, and studies have found that using creatine supplements can improve muscle strength and performance. Longer trials are needed to see if there are any long-term benefits.

There's preliminary evidence, but more research is needed for:

Building or maintaining bone in older adults Creatine could influence bone strength by improving muscular gains, which by pulling on and stressing bones helps them grow stronger, or by reducing bone loss. A review of studies found only one that showed any benefits of taking creatine along with doing strength training. This study was over 12 months, with strength training three times a week. Shorter studies with less frequent training showed no benefit. Longer studies are needed.

Improving cognitive performance Several studies have reported that people taking creatine supplements get improved scores in memory and reasoning tests, though other studies have found no improvement. Improvements are more likely when there's stress involved, people are sleep deprived, or in older people or in vegetarians/vegans: these are all situations where creatine levels in the brain may be lower than usual, so a supplement may help normalise levels. But again, not all studies show an effect in these groups. More research is needed in a greater variety of people, and to determine whether it impacts on real-life situations.

Unlikely to be effective

Current evidence shows it's unlikely to be effective for:

Aerobic exercise Creatine is most useful in extremely intense, short bouts of so-called anaerobic exercise lasting a few seconds, like all-out sprints or powerlifting. Exercise like jogging or cycling is aerobic and burns oxygen, so creatine doesn't help in these activities. It may help indirectly, through building muscle or enhancing recovery, but more research is needed to see if it helps in real-life situations.

Slow the progression of Huntington's disease Despite some promising early research in animals and humans, a large international study conducted in numerous countries (including Australia) failed to find any benefit for reducing the effects of Huntington's disease, such as changes in mood, cognition and motor coordination. However, it seems that it had a better effect on men than women. The trial was stopped early.

More research is needed for:

Amyotrophic lateral sclerosis (ALS) or Lou Gehrig's disease Studies in mice showed a potential improvement in motor coordination and life span among people with the motor neuron disease ALS, but two trials in humans showed no effect. Research is ongoing.

Creatine appears to be safe when appropriate doses are taken, even over long periods of time. The most common side effect is weight gain, associated with increased water in muscles. In large doses, gastrointestinal effects such as nausea and diarrhoea have been reported, and sometimes more serious problems.

Experts recommend caution for people with kidney problems or who have potential for kidney problems, such as a family history of kidney disease or diabetics, and suggest discussing your need to take creatine with your doctor.

Caution is also recommended for pregnant and breastfeeding women, and children and adolescents under 18, due to a lack of information about side effects in these groups.

Creatine supplements are only loosely regulated in Australia, with no routine independent safety and quality testing. They sometimes contain other ingredients, which aren't always labelled, that can cause serious health problems in some people - for example stimulants.

What does creatine cost?

Creatine monohydrate typically comes in a powder form in containers that last a month or more. Depending on the brand and dose, creatine supplements cost around 10–25 cents per day.

There's some good evidence that creatine can help athletes in certain types of sport, but make sure you use it as directed and don't expect miracles. As for other applications, especially for medical conditions where it's not yet proven safe or effective, it's best to talk to your doctor about whether it may be helpful.