Foods and medications that don't mix

Some food and drugs out there should never be taken together 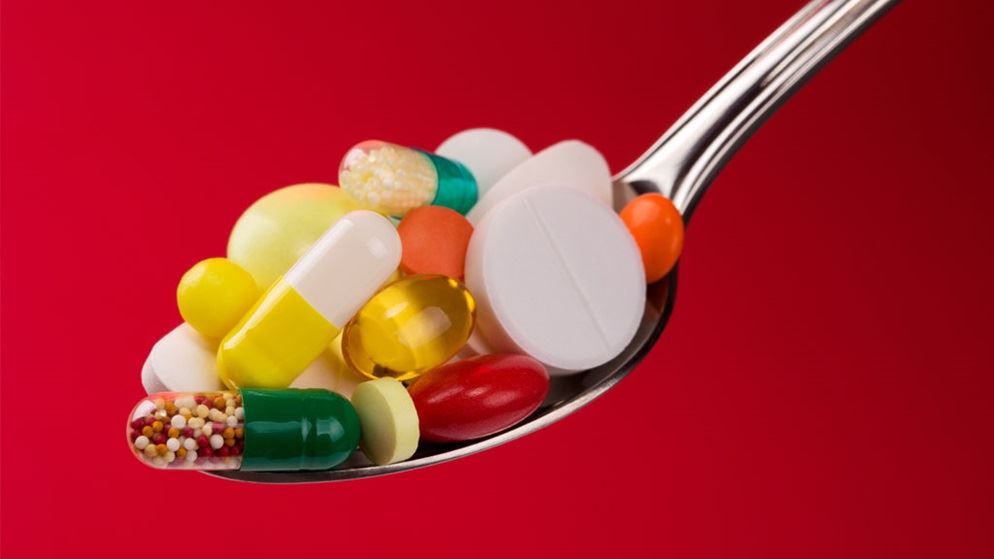 Food and drug interactions can be hazardous

Bananas, kale, grapefruit, milk – these sound like the makings of a healthy diet, right?

And indeed, for most people, eating plenty of fresh fruit, vegetables and low-fat dairy is good for their health, while having a glass of wine or two or a cup of coffee is no drama either.

But what many may not know is that some foods interact badly with certain medications. This means your meal could end up reducing the efficacy of your drugs, or worse still, could become a health nightmare.

Which foods and drugs don't mix?

Read on to find out (though the usual disclaimer appliers: this is a non-exhaustive list, so talk to your doctor before making any changes to your diet or your medication).

Don't eat them if you take ACE inhibitors such as captopril, enalapril and fosinopril among others. ACE inhibitors lower blood pressure and treat heart failure by opening up blood vessels, so blood flows more efficiently.

Why not? Bananas (as well as oranges, leafy greens and certain salt substitutes) are high in potassium. Too much potassium can cause an irregular heartbeat and heart palpitations. Avoid eating large amounts of foods high in potassium if you're on ACE inhibitors, and tell your doctor if you're taking potassium supplements or diuretics.

Don't eat it if you take a range of medicines including some lipid-altering agents/statins – which lower the rate of production of bad cholesterol – anti-anxiety medicine buspirone, the anti-malaria drug quinine, the antibiotic erythromycin, or triazolam – a medication used to treat insomnia. See the NPS MedicineWise website for an exhaustive list of medicines that don't mix well with grapefruit.

Why not? Chemicals in grapefruit interfere with how your body metabolises certain drugs, which can result in more of the medicine ending up in your bloodstream. It can increase the chance of side effects if you're on the lipid-altering statins.

Don't drink it when you take some antibiotics including tetracycline, ciprofloxacin (quinolone antibiotics), and certain osteoporosis medication, such as alendronate (Fosamax).

Why not? Calcium can interfere with the effects of some antibiotics, so you shouldn't take these at the same time as eating foods high in calcium, like milk, yoghurt or cheese. Supplements containing calcium should also be avoided for a few hours before and after taking these antibiotics.

Don't eat it if you take glycosides like digoxin, which treat heart failure and abnormal heart rhythms.

Why not? Liquorice contains glycyrrhizin. Mixing digoxin with glycyrrhizin can cause irregular heartbeats and could even lead to a heart attack. Herbal liquorice extract can also interfere with a host of other medications including insulin, certain antidepressants, oral contraceptives, blood thinners, and some other medications.

Kale and other leafy greens

Be careful if you take anticoagulants/blood thinners such as warfarin. They lower the chance of blood clots forming or growing larger in your blood or blood vessels, and are used to treat people with certain types of irregular heartbeat, prosthetic heart valves and those who've had a heart attack.

Why? Kale and other leafy greens are chock-full of vitamin K, which can make anticoagulants less effective. Foods high in vitamin K include green vegetables, egg yolks, chickpeas and lentils. They shouldn't be cut out of the diet entirely, but it's important to eat a steady and consistent amount of vitamin K-rich foods.

Don't eat them if you take Monoamine oxidase inhibitor (MAOI) drugs like phenelzine, tranylcypromine, or procarbazine, which may be prescribed for depression or as a chemotherapy treatment for Hodgkin's disease or lymphoma.

Why not? Tyramine, found in some proteins, is particularly concentrated in foods that have been aged, matured or fermented, like salami, pepperoni, pastrami, bacon, and mature cheese such as camembert, gouda, mozzarella and aged feta, among others. But MAOI drugs compromise your body's ability to process tyramine, putting you at risk of side effects including a sudden and severe increase in blood pressure, severe headaches, chest pain, rapid heartbeat, nausea and vomiting, among others.

Don't drink it if you use clozapine, an antipsychotic.

Why not? Caffeine can increase the amount of certain antipsychotics in your blood, and put you at greater risk of side effects. You should also exercise caution if you're on bronchodilators for asthma – consuming a lot of caffeine can inhibit their effect in an emergency.

Don't drink it if you take a host of different medications, but particularly sedatives like certain antihistamines, painkillers including morphine, codeine and paracetamol, diabetes medication, drugs for HIV/AIDS and antibiotics. The more medications or drugs that are combined with alcohol, the greater the risk. Make sure you read any warnings or ask your doctor or pharmacist before drinking if you're on any medication.

Why not? It may seem like the pharmacist is being a killjoy when they give you a warning about alcohol, but alcohol can be toxic when mixed with the wrong medications. It can increase side effects – including the risk of gastrointestinal damage after taking painkillers – as well as reducing or increasing the effects of certain other medication. Some of the common symptoms of a bad interaction between alcohol and medication include: drowsiness, dizziness, impaired motor control, memory problems, nausea, stomach cramps or vomiting. And you don't need to drink a lot to feel the effect – these symptoms can appear after as little as one drink.

Talk to your doctor

The advice provided here is a guide only, and is not an exhaustive list of medications that interact badly with food or drinks. And not all quantities of food will lead to side effects, so talk to your doctor before starting a new medication or cutting out an important element of your diet. You can also get in touch with NPS MedicineWise if you have any questions about your medications.