13 March 2015 | Taking your medicine on an empty stomach could alter its action or have unwanted side effects. 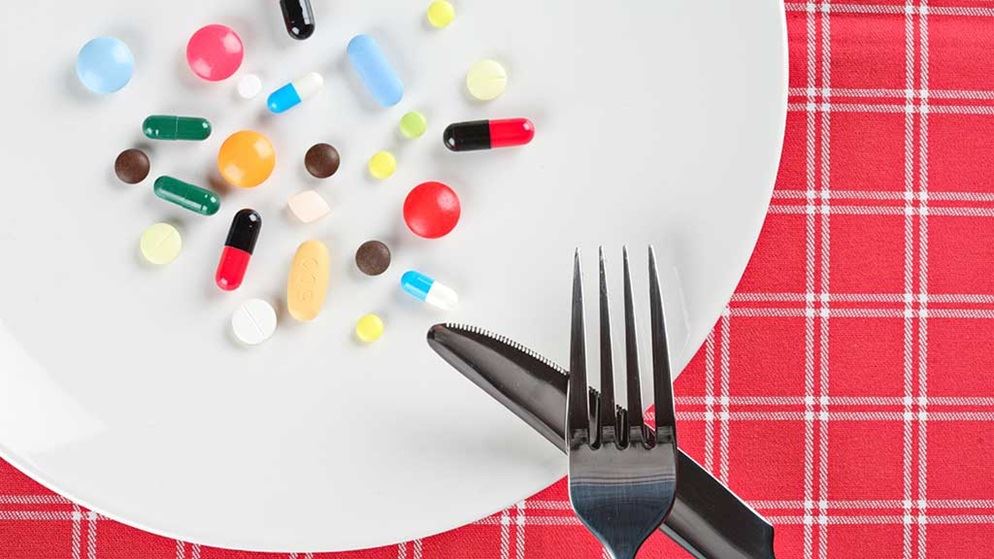 Could fasting put your health at risk?

Fasting diets have become increasingly popular for losing weight and for their apparent health benefits. But some health professionals are concerned about the effects of fasting on medication management.

Long practised in many different forms for religious and cultural reasons, fasting regimes are now followed by different groups of people for their perceived health benefits. For example, alternate-day fasting can help reduce weight, decrease insulin resistance and stave off diabetes. Meanwhile, the 5:2 diet, where participants eat normally for five days of the week with two days on a reduced-kilojoule intake, claims to increase life expectancy, protect against certain cancers and dementia and help with weight loss – though evidence is lacking.

As the potential health benefits of this type of diet become more widely known, so people with certain health problems, such as diabetes, obesity, high cholesterol or cardiovascular disease may be tempted to try such a regime in order to manage or even reverse some of their health problems.

Chances are, however, these people may be taking regular medication to manage their health problems, and the potential effects of fasting on medication have been addressed by senior pharmacists Gina McLachlan and The-Phung To in the 16 February issue of the Medical Journal of Australia.

McLachlan and To explain that the concerns generally fall into two categories: altered absorption, and increased gastrointestinal side effects or other adverse effects from taking the medication on an empty stomach.

If it's absorbed too quickly – as could happen on an empty stomach – the blood levels may become too high, and have an excessive response. Conversely, food can increase the absorption of drugs. For example, only about one-quarter of the drug telaprevir, for treating hepatitis C, is absorbed when taken while fasting compared to taking with a meal.

While more investigation is needed, some examples of medicines for which changes in absorption may prove problematic are tretinoin (for acne), anti-retrovirals, anti-parasitic drugs and some angina medications.

Taking some drugs on an empty stomach can increase the risk of side effects such as gastrointestinal upsets, as the food helps protect the stomach from components of the drug. You've probably seen labels on medicine warning it has to be taken with food – ibuprofen and aspirin are common examples.

Another example is someone with diabetes who starts a fasting diet, which may provide benefits in terms of weight loss and improved insulin sensitivity. The flipside, warn McLachlan and To, is that diabetes medications glibenclamide, glimepiride and insulin carry a high risk of hypoglycaemia if continued as normal when fasting.

Medications for which adverse effects may be increased if taken while fasting include some types of antidepressants, antibiotics and immunosuppressants.

"We urge all people who are taking regular medication and considering starting – or already on – a fasting or other calorie-restrictive diet to speak to their pharmacist or doctor to discuss whether the diet may affect their medication," says McLachlan.