Cosmetics – are they really 'clinically proven'?

Don't be hoodwinked by cosmetics ads full of nonsensical jargon. 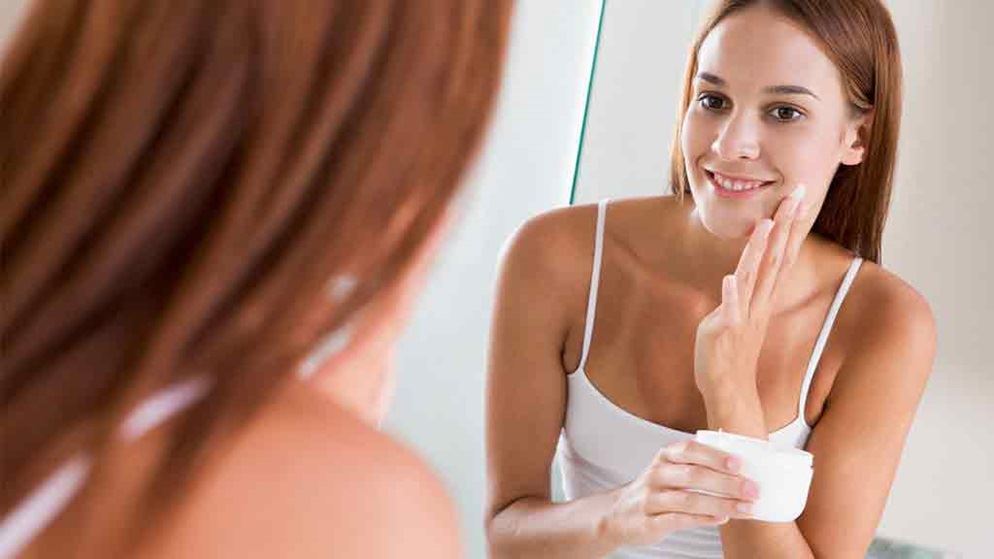 Flick through the ads in women's magazines these days and you could almost be forgiven for thinking you're reading a medical journal, with terms such as "clinically proven", "dermo-clinical trials", "in vitro testing" and impressive-sounding chemical names being bandied around on every second page.

Pharmacy and supermarket shelves are crammed with cosmetics that promise to wage war on wrinkles, and the minuscule print on the packaging invariably claims some scientific basis. There are even references to so-called clinical trials, with subject numbers and results – all that's missing is the test-tube-wielding boffin in the lab coat. And sometimes they throw one in anyway, just for good measure!

So do these fancy claims have any substance, or are consumers simply being seduced by a sophisticated form of marketing dressed up as science? We look at some of the tricks of the trade and the regulations in place to keep the advertisers in check.

How, when and why did science in cosmetics become so sexy? Cosmetics ads in the 1980s started to include high-tech references to clinical trials and fancy chemicals. Meanwhile, the increasing presence of science in popular culture was taking it out of the lab and into the mainstream – think MythBusters, Al Gore and Dr Karl Kruszelnicki.

As the community becomes less science-phobic, advertisers have exploited science on a whole new level, using science that people can sort of understand to add respectability to products in a crowded marketplace. An ad that can "prove" a product works – thanks to scientific-sounding tests and ingredients – seems to give this product an edge over its competitors.

We flicked through magazines and browsed marketing bumph to see what sort of sciencey-sounding claims cosmetics companies like to use. Here are some of them.

Many products claim to have been "clinically proven", but don't meet the criteria spelled out by regulators regarding the use of the term.

According to the regulators, the use of the term in advertising "should not even be contemplated unless unequivocally supported by robustly designed, published, peer-reviewed clinical trials which have been conducted upon the product being advertised or an identical formulation".

To make the claim "clinically proven", promoters must take into account all evidence for a particular product, not just one or two trials – so, if a majority of trials show something has no effect, the advertiser can't highlight the few that did. And one trial is not sufficient to make this claim.

Use the word "clinical" in an ad, and you get instant credibility. Make it longer, by adding "dermo" and it sounds really, really medical. The irony is that the term "dermo-clinical" seems to be an invention of the ad industry, and is yet to be adopted in the scientific and medical industries.

This sounds scientific, drumming up images of labs brimming with test tubes and microscopes. And of course that's what in vitro is: tests that take place within glass, for example in a test tube or petri dish.

In the case of cosmetics, particularly anti-ageing creams, the tests are done using specific active ingredients on skin cultures or cellular components. Although they may be shown to have a demonstrable effect, this won't necessarily translate to use of the product as a whole: other ingredients may interfere with the active ingredient, it may be very diluted in the final product, and many substances simply can't penetrate the outer layer of skin.

The key to proper scientific trials is objectivity. If a product is going to show any effects, these should be objectively measured: for skin tests this usually involves photography or silicone moulds of wrinkles taken before and after treatment.

"Perception" is definitely not measurement, and a "consumer perception study" is not objective. A "self-evaluation" – asking users if they thought the product was effective – is also not objective. "A few people reckon it works" does not equal proof.

Cosmetics companies love telling us about the magic ingredients in their products, and something you've never heard of or can't pronounce must be good. In other words, tetrahydroxypropyl ethylenediamine by any other name would not smell as sweet.

But possibly even better is a secret trademarked name, such as Pro-Xylane or Nutrileum, implying it's so secret and fantastic they don't want their competitors to know what it really is.

Advertisers like to compare their product favourably with another. But is it a fair comparison?

For example, consider an ad for hair products claiming "hair is 4x smoother". Smoother than what? Read the fine print and you'll see they're comparing shampoo plus conditioner plus serum against a shampoo alone. Is this a fair test?

Shampoo strips sebum, a natural lubricant, from hair. This makes the hair cuticle rough and hair tangles more readily. Conditioner deposits a coating on the hair that smooths the cuticle and reflects light, so your hair looks shiny and is easy to comb through. So it's not surprising that their test combination produced superior results to shampoo alone. But most conditioning combinations would probably do the same.

Regulating claims in ads and marketing

Cosmetics companies aren't bound by these regulations because cosmetics aren't considered therapeutic. A therapeutic product is defined in several ways, including that it's used in "influencing, inhibiting or modifying a physiological process in persons…" Cosmetics, on the other hand, are products with a temporary and superficial effect, such as changing appearance or odour, or cleaning.

The rise of "cosmeceuticals"

The line between cosmetics and therapeutics has become increasingly blurred with the popularisation of the concept of "cosmeceuticals" to describe cosmetics that have more than just a temporary cosmetic effect. Anti-ageing creams and lotions often fall into this category.

The trouble is, once they start claiming to have more than a cosmetic effect they run the risk of meeting the definition of a therapeutic good, and fall under the jurisdiction of the TGA. So in ads and marketing, they imply, rather than clearly state, that the effect is more than just cosmetic – so rather than say "reduces wrinkles", they'll say "reduces the appearance of wrinkles".

A few have gone too far, and therapeutic claims have been brought to the attention of the regulators who warn them to remove the claims from advertising. Most agree to do this, but the original ad exposure probably boosted sales, so the damage – or the benefit, depending on your point of view – has already been done.

If you see an ad for a cosmetic product or a complementary medicine you think stretches the limits of the claims it can make, email us, or contact the Therapeutic Goods Advertising Code Complaints Resolution Panel (CRP) for more information.