We trial ten popular self-tanning lotions and mousses, ranging in price from $17 to $75. 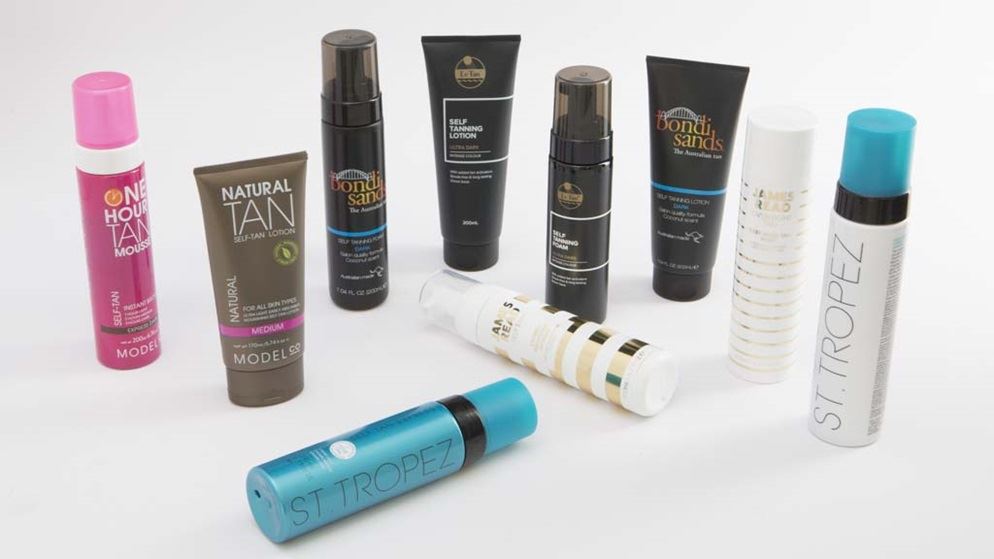 Fake it, don't bake it

A bad fake tan can be like badly dyed hair – you can spot it from a mile away, and it never looks natural. But whether you love or loathe the DIY tan in a can, there's no denying it's a far safer option than baking under the harsh Australian sun.

And while many of us associate self-tanners with sticky pungent lotions and thick creams – not to mention stained palms and an orange hue – these days things have changed, thanks to some impressive innovations in beauty technology.

To see how the latest products on the market perform we recruited 10 triallists to try out 10 popular self-tanning products ranging in price from $17 to $75.

When it comes to fake tans, there's no 'one shade suits all' product that can be deemed the best. Skin tones vary, and we also know that some results depend on how the product has been applied (even though all triallists were instructed on how to apply self-tanners before the trial). It's important to bear in mind that our final scores are based entirely on what our ten volunteers thought of the product, and are intended to be a guide only.

How we conducted the trial

Each product we trialled was given a score out of 100, based on ease of application, fragrance, drying time, evenness of tan, and the colour result.

Fake tans also come in a broad range of formulas and applications. Mousses, lotions, sprays, gels and even dry oils are now on the market. According to Aztec retail data from March this year, the most popular self-tan applications are mousses (39%) followed by lotions (29%). We chose a range of products, in mousse or lotion, "wash off after one hour" formulas, and 6–8 hour tanners.

Each of our 10 volunteers tried six different products on their legs. All of the products were put into unmarked packaging before they were given to the trial volunteers. Triallist were given instructions to thoroughly exfoliate prior to application, and apply two full pumps of mousse (or equivalent if using lotion or gel) to a tanning mitt, before applying the tan.

The criteria were weighted as follows:

James Read Express Bronzing Mousse was the favourite with our triallists, scoring 86.3 out of 100. 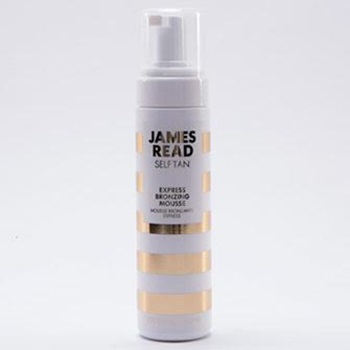 This tan also ranked the highest overall in terms of the end colour result. The product claims to be unscented and suitable for all skin tones and delivers different colour results depending on the length of time you leave it on before showering. In one hour it claims to deliver a light golden glow, a medium tan in two hours, and a deeper bronze after three hours. Our volunteers were instructed to rinse off the product after an hour.

"Colour was quite natural and wasn't too intense. It blended well with the rest of my leg."

"I liked this product, it was super easy to apply and very natural."

"Out of the four samples, so far, the result 24 hours post application was the best. While you could tell it was a 'fake' tan, it was pleasant and not too overpowering."

Le Tan Ultra Dark Lotion scored the lowest among our triallists with 69.5 out of 100.

The triallists were instructed to leave the colour on for at least six hours as per the instructions on the bottle. The product is a rich, thick dark lotion that Le Tan claims is their darkest tanning product. Our volunteers reported mixed results on the final colour with only one out of the six saying they were extremely satisfied, two reported being satisfied, while one respondent was unsatisfied. Some said the colour was darker than they would have liked, while others said it was a deep, natural bronze. Another dividing point was the scent, with one volunteer loving the smell of vanilla while another said that it was extremely unpleasant and the reason they would not buy the product.

"Very surprised at how quickly this product absorbed into my skin, very light application and I didn't feel sticky."

"This looked extremely dark when I was applying it – I was very nervous I would put too much on."

"I really needed to work it in in order to minimise the streaks. You could still see them especially around the ankles and foot."

"I liked having a guide colour though the colour of the product was a bit scary – olive greenish!"

"Smells very nice, like body lotion, could not detect a fake tan smell." 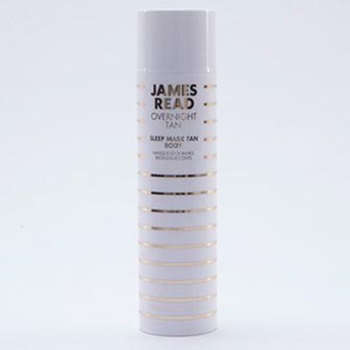 It's a clear, gel-like lotion (a plus for not staining bed sheets) that absorbs quickly and is easy to apply. Some volunteers said they didn't like the clear gel as they were unable to see where they had applied it to the skin. Despite this, all respondents said they had an even-looking tan. However, even though this product achieved a high score, it didn't rate too well when it came to the overall tan colour – in fact it achieved the lowest colour satisfaction result out of all the tans we tested. Most respondents said it was too light, and this brought its score down.

St Tropez Bronzing Mousse closely followed on 76, with five of the six respondents saying it was either very easy or easy to apply and that it dried quickly. However, there were mixed results with the colour; some said it was too light, while others said it was too dark. The St Tropez Express one-hour version ranked lower at 71.2, even though it reportedly had a slightly better colour result than the Bronzing Mousse. It scored less because it took a little longer to dry, was stickier and half the respondents said the smell was unpleasant or extremely unpleasant.

Both Modelco self-tans were some of the least expensive products we tested. They both scored similarly, towards the middle of the pack; 74.3 for the lotion and 73 for the one-hour foam. Both tans went on evenly but some of the triallists thought the thick, white lotion was a bit harder to apply and took longer to absorb than the foam. Both tans had a similar colour result, with the majority of respondents saying the shades were too faint. 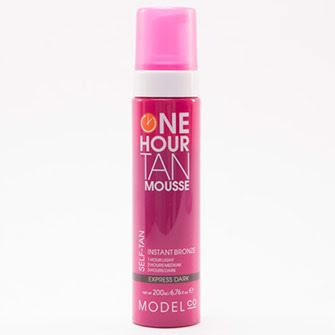 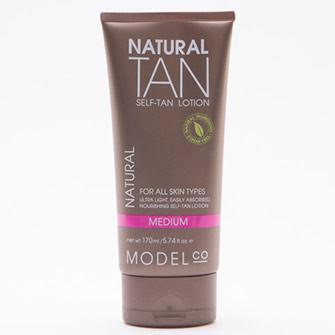 Le Tan Ultra Dark Foam scored 74.2; all respondents said it was very easy to apply and triallists reported it "smelling nice like a moisturiser" and having "the best smell of any of the products". However, it took a little longer to dry than some of the other tans tested and three out of six volunteers reported patchiness in the colour result. 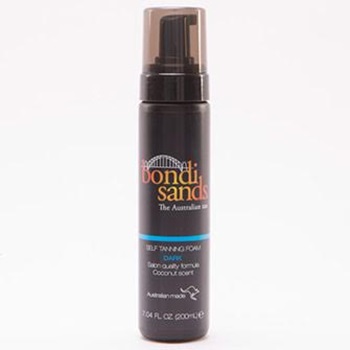 Overall, each product scored well with most volunteers reporting a "natural" colour, so it just depends on your skin tone and your preferences when it comes to formula (foam/mousse, lotion, spray or gel), scent, and whether you want an express or overnight tan.

A number of our triallists were pleasantly surprised by the results: "It actually convinced me to start [using them] again! Fake tans used to be awful and patchy when I used them before – there were a few I tried that were great!"

"I'm a bit of a convert back to it as well," said another. "Fake tans have come a long way!"

However one triallist had the opposite experience. "I never want to wear fake tan again ... the smell of it is truly awful in my honest opinion!"

A 2016 IbisWorld report into Australia's hairdressing and beauty industry suggests that consumers are more likely to take up spray tanning due to bans on commercial solariums. But it also notes that there's been a focus around potentially harmful ingredients in fake tan, including dihydroxyacetone (DHA) which is a sugar molecule derived from plants.

DHA is the active substance in some fake tan formulas and it works by reacting with the amino acids in your skin's outer layer, turning it brown. Some preliminary reports suggest DHA may cause skin irritation, breathing difficulties, and possibly raise the risk of cancer, especially in those regularly using spray tans and inhaling the fumes. However, there's little solid evidence and no data that definitively shows that DHA is harmful when applied topically.

We spoke to Dr Stephen Shumack, a spokesperson from the Australasian College of Dermatologists, who also says that DHA application for the skin is safe. "There is no evidence that it can or may cause cancer but there are some possible question marks regarding its use on broken skin, or if it's ingested or inhaled," he says.

Despite this, Shumack still recommends you cover your mouth and nose in spray tanning booths so you don't inhale or swallow the substance.

Possible rare side effects to DHA include eczema, allergic reactions to the skin, or skin breakouts. "Sometimes it can block up your pores and hair follicles so you can get an acne eruption," says Shumack.

See the results from our sunscreen test. Not all brands lived up to their SPF claims.

Sun exposure is a leading cause of skin cancer, so it's no surprise that dermatologists recommend the use of fake tan rather than exposing yourself to the sun's rays if you're pale and would rather not be. But it's important to remember that fake tans contain no SPF and do not protect your skin from the sun.

"Fake tan makes people darker, so they sometimes assume that because they're darker they're going to be more protected when they expose themselves to the sun. It provides no protection or additional protection, unlike a real suntan," says Shumack.

Tanning in the shower?

Another product that caught our eye was the St Tropez Gradual Tan in Shower, which you apply to wet skin after your shower, wait three minutes, then rinse. This sounded pretty appealing – one of the most common annoyances of using fake tan is having to wait for hours before rinsing it off, and sometimes feeling very sticky and smelly while it dries. We didn't include this product in the overall trial as it's a gradual tanning product but one intrepid CHOICE fake tan enthusiast agreed to put it through its paces. She says that while the product was very easy to apply to wet skin, the three-minute wait wasn't easy as it's a long time to stand in the shower recess without any warm water running. "Maybe it would be easier in summer, but three minutes felt a bit more like three hours as I stood shivering in my freezing cold bathroom waiting for the product to develop," she says.

Our triallist reports that the colour was fairly light and very natural, and there was no dreaded fake-tan smell afterwards. But she says she probably wouldn't recommend using it in the middle of winter: "I'd consider using it again but only when the weather warms up."