If the price sounds too good to be true, chances are you're going to get burned. 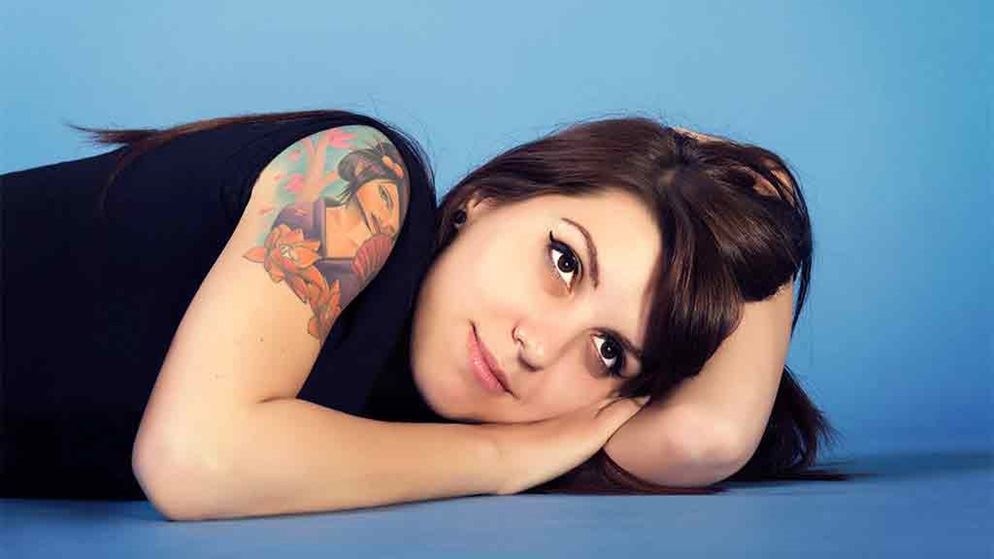 About one quarter of Australians under the age of 30 have a tattoo, and more than a quarter of that group are looking to have it removed. But who's doing the removing? The tool of choice these days is a laser, which can cause burns and permanent scars on tattoo removal patients. But that still doesn't mean you need to have any medical training to use one. And now there are new questions about whether tattoo ink is safe in the first place.

We talked to experienced tattoo removers and dermatologists to find out how to navigate the fast-growing – and largely unregulated – tattoo removal industry.

When you consider the following statistics, it's no wonder business is booming for start-up tattoo removers – there's no shortage of potential customers.

Some removers offer medical-sounding assurances such as "certified laser practitioner" or "accredited clinician", but this generally just means they took a course given by the laser maker – and that's often just a prerequisite for getting liability cover. It certainly doesn't mean they're any good at removing tattoos.

Hilary Quinn, proprietor of Melbourne Tattoo Removal, has been in the business for five years and says she's seen more than a few patients who've suffered scarring at the hands of an unskilled remover.

"I took a laser safety course, but that's only about using lasers safely, not tattoo removal," Quinn says. "That's a skill you acquire over time, and you need to approach it like an apprentice and build up your technique under the guidance of an experienced remover. The industry has really boomed, especially in the last six months or so, and unskilled practitioners far outweigh skilled ones."

Dr Philip Bekhor, Director of the Laser Unit at Melbourne's Royal Children's Hospital, backs up Quinn's assessment. "In Victoria your local butcher could sideline in laser tattoo removal, and many removers scar a lot of patients before they develop any real skill. In reality, the process is extremely slow, not every colour responds well, and it can be painful. It's an invasive procedure with the capacity for injury."

Both Bekhor and Quinn say widespread use of cheaper knock-off versions of the industry-standard Q-switched laser – or worse, the use of IPL lasers – is a main cause of both injury and unsuccessful tattoo removal. It's no coincidence that proper Q-switched machines cost about $150,000, while IPL lasers go for between $10,000 and $15,000. The lower cost of getting into the business in recent years is one reason for the sharp increase in the number of tattoo removers.

"The problem is that the IPL lasers function in milliseconds instead of nanoseconds, and the wavelength is too broad," Bekhor points out. "They're marketed as an all-purpose machine, including tattoo removal, but shouldn't be used for that purpose. They often cause distorting of the tattoo and horrific burns and scars."

Quinn makes the same point. "Every second beautician seems to be offering tattoo removal with an IPL laser these days. It should not be used for that. It shoots a block of light of about two by six centimetres rather than the five to eight millimetre pinpricks of Q-switched lasers. It's like trying to crack an egg with a machine gun."

Removal techniques have come a long way since the days of skin grafting, skin removal, or the use of infra-red and other non-medical lasers. Best practice these days dictates that unwanted tattoos be gradually broken apart through the use of Q-switched lasers set to specific wavelengths (depending on skin type and the colour and location of the tattoo).

The lasers are used in short bursts to break up the ink, then the immune system goes to work and gets rid of the dispersed particles over the course of many months and multiple treatments (up to 15 treatments, six to eight weeks apart, for multi-coloured tattoos).

How many treatments you'll need varies according to how well your immune system clears the pigment after treatments, the location and colour of the tattoo, and your skin type. It can be a costly undertaking, especially if your tattoo is large, densely inked, and has a lot of colours – probably a lot more expensive than getting the tattoo in the first place.

Tattoos made of up black inks only are much easier to remove than ones with colour, and some removers won't take on clients with coloured tattoos. Green is the toughest colour to remove.

One of the main worries for consumers seeking tattoo removal is removers deliberately underestimating the number of treatments required. It'll be too late to turn back if the promised number of sessions pass and your tattoo is still half there. It pays to think ahead, says Melbourne-based remover Hilary Quinn.

"Very fine shading that you can see through can be removed in just one to three treatments as it's the least amount of ink a tattooist can put down. The same applies to very fine lines. Thicker lines and block ink take much longer to remove. It can save a lot of heartache to select an easily removable tattoo if it's your first one. These are the ones that are most often regretted."

Creams and other topical treatments promising tattoo removal can be tempting, given the cost and commitment of going under the laser. Such products are also widely advertised on international websites, which means they can be bought without passing through local Therapeutic Goods Administration regulation. Whatever their origin, it would be more accurate to call them tattoo-fading treatments since, according to dermatologists, they can only lighten a tattoo at best and then only with repeated use.

And the better they lighten, the more you should worry. Products that contain ingredients such as trichloroacetic acid – arguably the ingredients they would need to contain to have any reasonable efficacy – can burn and inflame the skin or pose cancer risks. As one dermatologist at the well-respected Mayo Clinic in the US puts it, "if you're interested in tattoo removal, don't attempt it on your own."

Following a string of unconfirmed reports that tattoo ink can be carcinogenic, an authoritative report from the Australian Government's National Industrial Chemicals Notification and Assessment Scheme published in September 2016 seems to have delivered damning evidence. NICNAS tested 471 different tattoo inks that are likely in use in Australia and found polycyclic aromatic hydrocarbons, a known carcinogen, in about one-fifth of the samples.

The NICNAS researchers also zeroed in on 49 specific inks that are the most likely to be used in Australian tattoo parlours. Only four of those inks were up to European standards. Non-compliant ingredients included barium, copper, mercury, amines and a range of colourants.

Does it mean your tattoo will give you cancer? Not necessarily, or perhaps not even likely. But it may be a reason to rethink the ink, or at least make sure you know what you're getting into.