Mirror, mirror on the wall, do cosmetic products expire, at all? 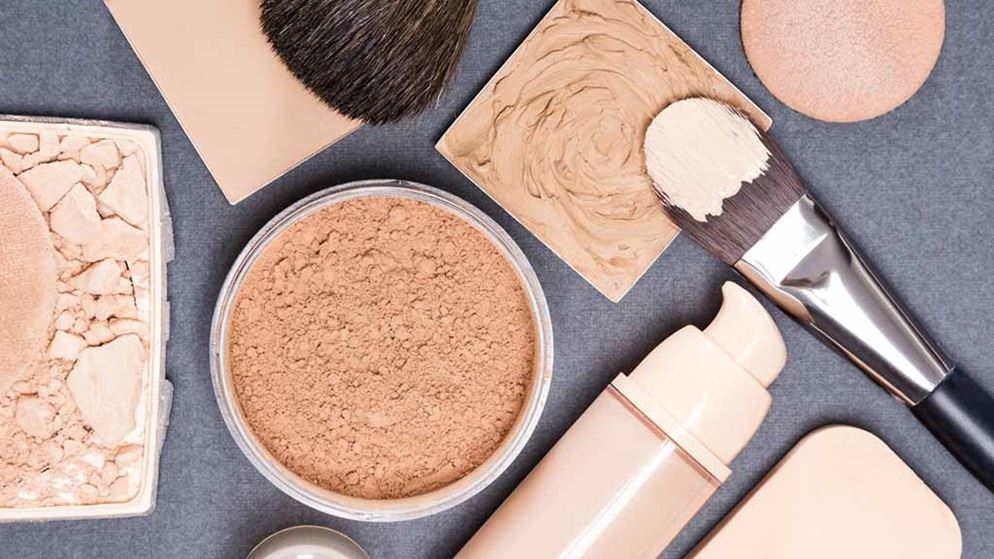 Is there a genuine reason why we should regularly replace old cosmetics with new ones – or could it be that manufacturers use expiry dates to keep us returning more frequently to the checkout?

We look at when, and if, you should throw your make-up and other cosmetics in the bin. What are the regulations governing the inclusion of expiry dates on packaging in Australia? And what are the actual risks associated with using old cosmetics?

In this investigation we take at look at:

If you're a keen consumer of cosmetics – particularly at this time of year when bargain bins abound with discounted (but often older) stock, you might have wondered these same things.

Beauty means big business in Australia, with our annual demand for cosmetics and toiletries estimated at $3.7 billion, according to a 2015 report prepared for the US department of Commerce.

The report says that the industry in Australia is strongly influenced by a growing interest in personal appearance in a country with an increasingly higher median age and an ageing population. And with the market showing annual growth of around five percent during 2014 and 2015, demand seems set to increase.

Various authorities control different parts of the manufacture-to-sale process for cosmetics in Australia, but currently there's no body or legislation that calls for the legal inclusion of an expiry date on cosmetics sold here.

Ric Williams is a highly qualified formulation chemist with over 40 years' experience in cosmetic product research and development, including formulating and testing of products in the lab for some of the world's largest cosmetics companies. He says that compared to other regions, regulations around cosmetics labelling in Australia are lacking.

"ACCC covers cosmetic claims and ingredient labelling; the state departments cover weights and measures and some transport regulations; ACCC, the Department of Fair Trading and ASIC cover requirement to provide a safe product; NICNAS (National Industrial Chemicals Notification and Assessment Scheme) control the importation and use of cosmetic ingredients – but nowhere and no-one legislates for the compulsory inclusion of expiry dates on products," says Williams.

The Trade Practices (Consumer Product Information Standards) (Cosmetics) Regulations 1991 is the actual legislation governing labelling on cosmetics sold in Australia. This legislation would seem most likely to cover expiry dates, but as Williams points out, it makes no mention of any legal obligation to include an expiry date or date of manufacture on cosmetic products.

However, since Australia imports about 50% of all cosmetics sold here – and regulations are different in regions abroad – avid label readers may well be familiar with the European norm; a date of minimum durability ("best used before the end of") or a "period after opening" to show for how long the product may be kept or used. Depicted as a small graphic of a cream pot with a number beside/inside it, the number signifies the manufacturer's advice about how many months the product is good for after opening.

So what does it mean? If cosmetic products sold in Australia aren't obliged to carry an expiry date, can we assume that first, regulators believe that cosmetics are safe for use indefinitely and second, there's no risk attached to using old products? And what about potency and effectiveness, do those things diminish over time?

The science behind cosmetics and expiry dates

We should fully expect that most cosmetics will expire over time, but at very different rates, says Williams, who advises that ultimately, shelf life is determined from many factors aside from preservatives. Other considerations include incompatibilities between ingredients, antioxidants, PH levels, packaging and the storage environment.

"Cheaper products may expire more quickly, if for example they're poorly formulated without stabilisers, or have not been checked for stability. Products least likely to expire are those with wax or alcohol, or those in aerosol cans. Powder products like compacts, bronzing powders or blush will also have better longevity."

To know if the product has gone bad, look for obvious changes. "Changes to colour, consistency, appearance, odour or separation are all good indicators. Sometimes it can be faint, like a change in colour just around the surface – although slight, this could be an early indicator," says Williams.

Williams advises that most products will degrade at some point due to age and environment including exposure to oxygen, moisture, bacteria, heat and light. Poor or damaged packaging may accelerate degradation, but overall it's best to remember that most products have a physical expiry date, whether stated or not.

Best practice is to store cosmetics in a cool, dry and dark place. The fridge is possible but wouldn't work for all products as some components may crystallise from the cold. The bathroom windowsill is the worst place to store cosmetics and even the bathroom itself is not good due to temperature and moisture concerns.

Deodorants: May or may not have antibacterial properties. Those that don't (e.g. those based on fragrance to overpower off odours) – unopened, three years. Opened, six months.

Depilatory cream: Three years. The pH of the product will most likely prevent contamination.

Eyeliners and pencils: Pencil eyeliners are a wax-based product and should have no bacterial contamination but keeping them sharpened will help to keep them clean.

Hairstyling products: Three to five years. Most use alcohol in the formulation, which acts as a preservative. If non-aerosol and no alcohol is listed on the label, then treat as shampoos (see below).

Perfumes and aftershaves: Unopened, five years. Opened, 12 months, for best composition. For best longevity, keep them in a cool place away from bright, direct light.

Sunscreens: Unopened, three years. Opened, six months. In Australia, sunscreen is classified as a therapeutic good and is therefore regulated by the Therapeutic Goods Administration (TGA), a subsidiary of the Federal Department of Health. Sunscreens are regulated with proven stability as a requirement, hence sunscreens (like other therapeutic goods) must legally include a tested and proven expiry date.

The risks of using old cosmetics

It's difficult to estimate how many people per year seek medical treatment as a result of using old or expired products but in 2014, cosmetics were found to be the source of approximately 30% of total injury reports received by the ACCC.

Dr Jeremy Cumpston, director of Ageless Clinics, is a Sydney GP with a special interest in skincare and says that using expired products can potentially pose a risk.

If in doubt, throw it out

Consumers should be aware that due to a lack of legislation, there's no obligation to include an expiry date on cosmetics sold in Australia. Some products may carry an expiry date – especially those made for sale in international markets.

Expect that most cosmetics will expire. Warning signs include changes to things like smell, consistency, colour or composition. Cosmetics that have been poorly stored – for example, exposed to bright sunlight, extreme temperatures or opened and examined by consumers prior to sale may deteriorate more quickly. On the flip side, products stored in ideal conditions may be perfectly usable for years, depending on the product.

Stay vigilant and watch for signs of deterioration and remember the old adage – if in doubt – throw it out.