Cosmetic surgery under the microscope

While beauty may be only skin deep, some cosmetic surgeons are just bad to the bone. 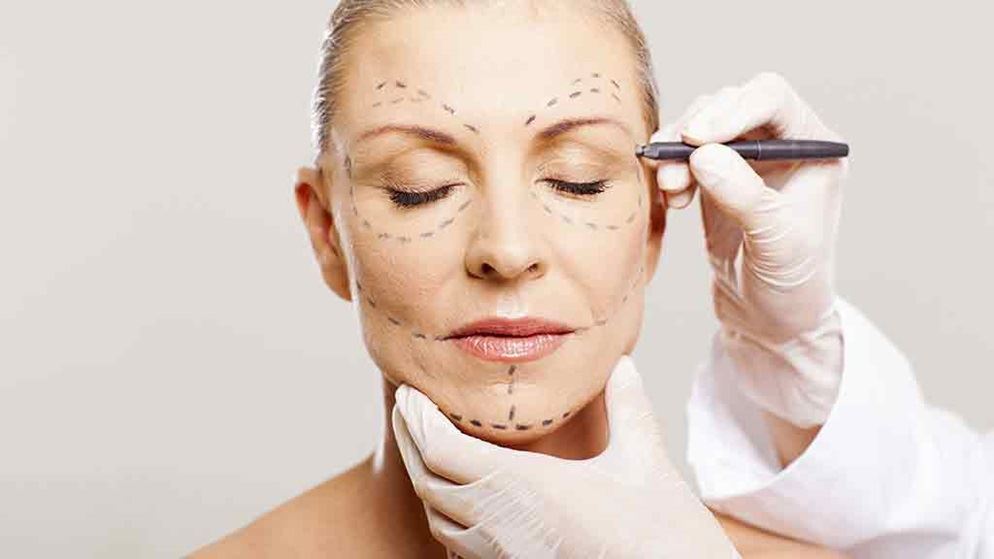 Looking for a lift?

Australians now spend more on cosmetic procedures per capita than Americans, and cosmetic surgery has never been more in our faces. Among the latest promotions for cosmetic procedures are slogans such as "Need a lift?" and "Beautiful breasts always get noticed!"

But, as popular as it is, cosmetic surgery is far less regulated than other areas of medicine – and as we discovered, some surgeons seem to be getting away all too easily with some alarmingly unprofessional conduct.

As there's no industry regulation, it's ultimately up to consumers to assess cosmetic surgeons and clinics after asking questions and doing their own research. A potential patient should always check the qualifications and experience of the cosmetic surgeon they're considering, as well as the number of surgical procedures he or she has performed, before deciding to go under the knife.

While most practitioners regularly describe themselves as either plastic surgeons or cosmetic surgeons, in some cases the difference can be up to eight years of additional training for plastic surgeons. Despite the popularity of cosmetic procedures and increasing competitiveness in the industry, in Australia there is no regulatory body for cosmetic surgery. Instead, there is a range of medical colleges and associations all claiming to offer training and qualifications for doctors providing a range of cosmetic procedures.

Currently, any medical doctor or specialist can perform cosmetic procedures, as it is not recognised as a medical specialty by the Australian Medical Council. However, plastic surgery is recognised as a specialty and members of the Australian Society of Plastic Surgeons and the Royal Australasian College of Surgeons are highly trained to perform both reconstructive and cosmetic procedures.

This is a nonprofit membership organisation representing plastic surgeons in Australia who perform both reconstructive and cosmetic surgery. Members must be Fellows of the Royal Australasian College of Surgeons (FRACS), have completed specialist surgeon training in plastic surgery and must adhere to a strict code of ethics.

Fellow of the Royal Australasian College of Surgeons (FRACS)

This training is recognised by the Australian Medical Council, which is authorised by the federal government to certify medical training.

Previously, to enter the field of cosmetic surgery a medical practitioner would have to do so on an apprenticeship basis (not subject to any quality controls), resulting in varying quality of results. The ACCS was set up in 1999 to bring greater consistency to the quality of cosmetic surgeons, and has an accrediting medical faculty, although it's not recognised as specialist training.

Plastic surgeons undertake a minimum of seven years of additional training once they have obtained their medical degree and most likely become members of the ASPS, which provides specific guidelines that practitioners must follow. Plastic surgeons are also Fellows of the Royal Australasian College of Surgeons (FRACS), which awards them the status of specialist.

To qualify as a fellow of the Australasian College of Cosmetic Surgery (ACCS), members must be at least five years postgraduate and have worked for a minimum of three years in a surgical environment. The college then provides two years of specialist training, and members are audited annually.

We then formally invited members of the Australian Society of Plastic Surgeons (ASPS) to give expert opinions on how these consultations were conducted.

Breast augmentation is one of the most popular cosmetic procedures. Our shadow shopper visited 12 cosmetic surgery clinics and uncovered some appalling examples of unprofessional behaviour. She was:

All this aside, our ASPS experts rated the overall explanation of the procedure's potential risks as particularly bad.

• Our shadow shopper was not well informed by the doctors about dangers such as haematoma, infection, leakage or scarring.
• Only two clinics provided evidence of accreditation when asked (another had a certificate in the waiting room).
In a few instances our shadow shopper also felt she was being pushed into making a decision, and three times was offered brochures about credit without asking.

Liposuction is another popular procedure, but also one of the most dangerous. Liposuction usually involves pumping the "problem" area with liquid before sucking fat out of the body. It can be painful and requires a high level of post-operative care.

Our shadow shopper was rated by ASPS experts as a poor candidate for liposuction – they suggested she would need to lose weight first and that an abdominoplasty (tummy tuck) would probably be more suitable.

She visited 14 cosmetic surgery clinics, many of which suggested she wasn't a suitable candidate for the work on her tummy. However, our experts still identified some problems with the consultations.

Botox doesn't involve surgery and nowadays seems an everyday treatment. Despite this, it is still a risky procedure and not suitable for all candidates.

It's also critical that potential clients are questioned thoroughly before undertaking the treatment, particularly if there's a possibility the patient is pregnant – an Australian baby was born with severe defects possibly as a result of the mother using a virtually identical treatment to Botox in her first week of pregnancy.

Our ASPS experts didn't consider the shadow shopper a suitable candidate for Botox and suggested other alternatives would work better for the deep line on her forehead.
She visited 12 cosmetic clinics and received varying advice.

What to ask your plastic or cosmetic surgeon

Before you arrive at a consultation it's important to be prepared. Take a list of questions to ask the doctor, such as: