What does the label really mean for chickens, pigs, cows and sheep? 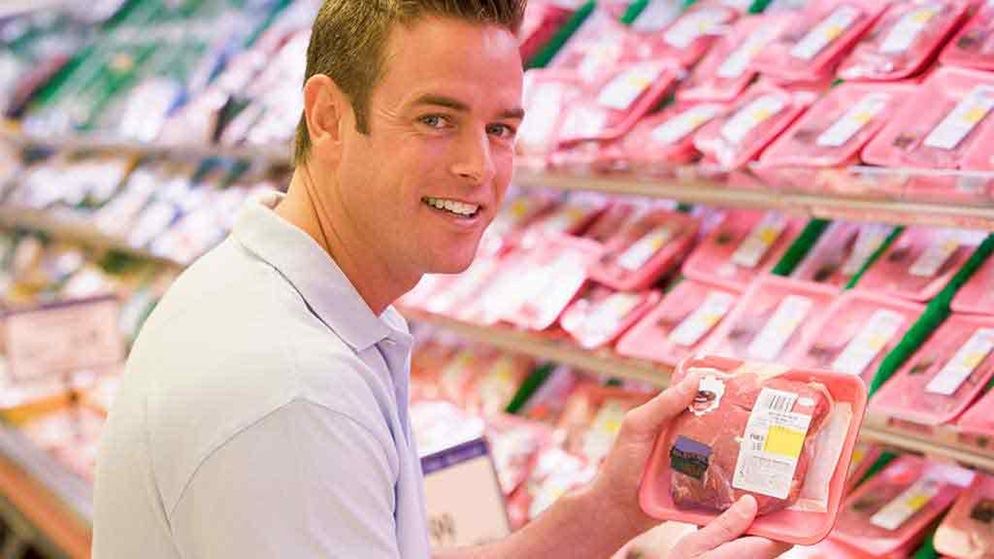 What does 'free-range' mean to you?

When you think of free-range animals, does it conjure up images of happy cows, pigs, sheep or chickens, living as close to nature as possible? Sadly because of a lack of production and labelling standards in Australia, buying 'free-range' meat doesn't always mean animals are treated any better than their factory-farmed friends.

We take a look at what free-range means for:

The definition of 'free range'

If we look at the dictionary definition, free-range animals shouldn't be closely confined and should have some kind of outside access. Consumers concerned about animal welfare are prepared to pay extra for free-range meat products. But without legislation covering free-range labelling in Australia, producers and retailers are able use the label as they please. That means animals can be farmed under a wide variety of conditions that may not gel with consumer perceptions of free range.

The closest we have to an official definition of free range comes from the federal government's Model Codes of Practice for the Welfare of Livestock, which contains separate codes for poultry, pigs, cattle and sheep, plus other animals. The codes set out the minimum animal farming standards that producers are legally obliged to comply with.

The code for pigs describes an "outdoor" farming method as "free range in paddocks with shelter such as arks or huts". The poultry code requires meat chickens in free-range systems to have access to an 'outdoor range'. But it doesn't specify any extra welfare provisions as part of free-range systems.

It's a misconception that meat chickens are kept in small battery cages – that's solely the fate of intensively-reared egg-producing chickens. Most regular meat chickens are barn-raised, but this style of farming also has animal welfare issues.

Animal welfare activists aren't happy with the space the chickens are allowed in these 'barns'. They're also concerned about health problems that come from selective breeding chickens for rapid growth, and other practises like beak trimming.

These are the reasons motivating many people to buy free range. But the reality behind the label may not always live up to your expectations.

Their accreditation systems are based on the Model Code of Practice for the Welfare of Animals: Domestic Poultry minimum welfare standards.  But they recommend greater welfare measures in some areas. For example:

All FREPA- and Humane Choice-certified products are free range. But if you're buying free-range poultry that's accredited by the RSPCA, look for the word "free range" on the package. If there's a RSPCA logo but not the words "free range", the birds are raised indoors to RSPCA standards but with no access to the outdoors.

It's estimated that 97% of the 4.8 million pigs grown annually in Australia are raised indoors with no outdoor access. These farms are variously referred to as intensive, conventional or factory farms. Only the other three per cent of pigs are free range or farmed organically.

Stocking densities are one welfare concern driving consumers to pay a premium for free-range pork.

For pigs raised indoors, the Model Code of Practice for the Welfare of Animals: Pigs requires less than 1m² per 120kg pig. For outdoor pigs, the maximum stocking limits for sows and boars (used mainly for breeding) are "recommended" in the code, but there are no guidelines around the maximum number of grower pigs (used for meat) that can be kept in paddocks.

So you have no way of telling just how much space "free-range" pigs really have. Because there's no independent checks of farmers, it comes down to how much trust you place in individual farms and brands.

Other concerns raised about the treatment of pigs include the use of sow stalls and farrowing crates, teeth clipping and tail docking, as well as the use of drugs such as lean muscle-building ractopamine. All these practices are allowed under the Model Code.

The RSPCA Approved Farming Scheme pig standards ban the use of farrowing crates and sow stalls. But although the sows have outdoor access, the piglets, once weaned, don't necessarily join their parents outdoors. They can be kept in straw-based huts, which are open to the air at the sides but don't allow the pigs to go outside.

The RSPCA scheme has been accused of misleading consumers, as piglets generally live in a shed with outdoor access are closer to "bred free" than free range, where pigs are often outdoors all the time. In response, RSPCA says its scheme is focused on improved welfare, whether that's indoor, outdoor or combination systems.

So just because pork is tagged with an RSPCA logo doesn't guarantee it's free range. You also need to look for "free range" on its packaging to be sure it has come from pigs raised to RSPCA standards on farms where they have access to the outdoors, and where compliance is assessed every six months.

For many years, beef and lamb in Australia were all "free range". No matter how big the operation, the animals roamed free, grazing on the wide open spaces. These days cows and sheep raised in feedlots are more common.

The feedlot industry considers animals in its care to be protected, fed and well cared for if they're sick, and they're required to comply with the minimum standards of practice under the Model Codes for cattle and sheep. But critics say these animals have very limited space and claim the environment they live in is dirty, dusty and contaminated by excrement.

The RSPCA doesn't oppose feedlots as such, but has many concerns and a list of conditions it considers must be met to ensure good animal welfare. There's no RSPCA-endorsed beef or lamb scheme at present.

Organic meat certification has a free-range component, but the standards don't go as far as some animal welfare groups would like, with some contentious procedures such as mulesing and tail docking still allowed under some circumstances. Humane Choice certifies free-range sheep and prohibits these practices.

On top of the things you'd automatically associate with organic agriculture – like no pesticides or genetically modified inputs – organic certification also has a focus on providing a natural environment for animals. Among other requirements, to be certified organic, livestock must range freely on pasture and can't be given growth-promoters (including antibiotics).

As with free range, there's no legislation for the term "organic" in Australia, which means there's nothing to stop anyone from labelling their meat organic. The only way to be sure something has been produced to organic standards is to check it's certified by one of the Department of Agriculture-approved organic certifying organisations.

But organic meat costs more, so it pays to know what you're buying. Certified organic is the best guarantee you'll get that meat has been produced humanely.

In 2009 we visited butchers in Sydney and Melbourne who advertised themselves as selling organic produce to find out what they knew about the meat they sold. We discovered that many were vague on details about their organic products. We also found that price is generally a good indicator of the real thing. If organic meat seems really cheap it's reasonable to question whether it's the real deal. If there's no certified organic label, ask the retailer where it comes from and who certifies it. If they can't or won't tell you, then it may not be certified organic.

Logos to look for

These organic certifying organisations are certified by AQIS. Check their websites for products they have certified.

Sow orgestation stalls are designed to prevent aggression between sows and are used to confine sows when pregnant. Although there's a minimum size of 0.6m x 2.2m for these metal enclosures, the sow can usually lie down but can't turn around. Sows can be kept in stalls for all or part of their 16-week pregnancy, but by 2017 this will be reduced to a maximum of six weeks. The good news is that the pork industry is talking about phasing out sow stalls completely by 2017.

Farrowing crates are cages designed to force the sow to lie down slowly so the piglets aren't crushed. At a minimum size of 0.5 x 2m, the sow can stand but can't turn around. Sows are confined from about a week before giving birth until their piglets are weaned at about four weeks.

Ractopamine (brand name Paylean) is a drug used to build lean muscle that is banned in the EU, China and Russia. The peak industry body Australian Pork says there's no evidence ractopamine is dangerous to people, and that there's a rigorous system to make sure all pigs that enter the food chain are safe for human consumption.

Mulesing is the practice of cutting away skin near the tail of a sheep. The industry says this helps prevent fly-strike in sheep.

De-snooding is the practice of cutting off the fold of skin that falls over the chicken's beak.

"Bred free range", "bred free" or "outdoor bred" are marketing terms often seen on the packaging of pork meat, referring to animals that are born outside, but after weaning at around four weeks are raised indoors with no outside access.

Bio-dynamic farmers use a form of organic agriculture that places strong emphasis on ecological harmony and environmental sustainability and treats the farm as a total organism. Bio-dynamic food is grown with particular composts, preparations and natural activating substances.

Grain-fed animals are kept in a feedlot for at least 100 days and fed for a minimum of 80 days on a nutritionally balanced, high energy grain-based feed. This uniform feeding regime results in a consistent meat and fat colour, and often high levels of marbling. Minimum standards and certification for grain-fed beef are administered through the National Feedlot Accreditation Scheme and audited by AUS-MEAT, the industry body responsible for establishing and maintaining national standards for meat production and processing.

Pasture-fed animals are raised on open grazing land with access to water plus supplemental feed that's a mix of grasses. This style of farming is promoted as a more natural alternative to grain-assisted feeding programs. All certified organic beef is pasture-fed.