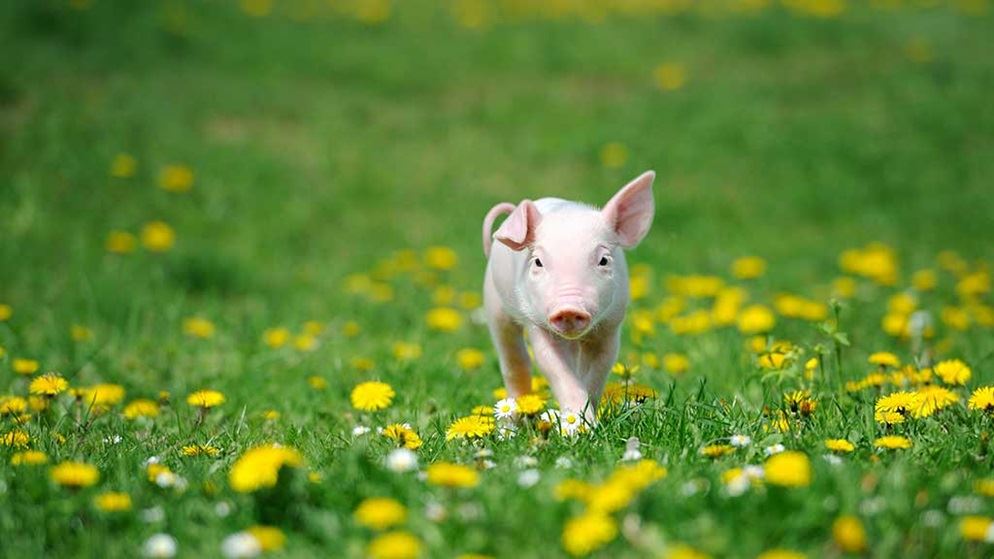 Finding higher welfare ham, lamb, beef or poultry isn't so hard if you know what to look for. We examine the world of animal welfare standards to help you find meat from animals that have been raised on pasture.

Australians love meat – per capita we're one of the biggest meat-consuming nations in the world.

In Australia, traditionally, beef and lamb range on pastures, allowing for a more 'natural' existence. However, more recently there's been a shift to fattening them up on pure grain diets in feedlots.

All pork and poultry meat stocked in supermarkets is produced intensively in indoor 'factory farms' unless creditably labelled otherwise. These methods bring the prices down – the price per kilo of chicken dropped by 40% from 1988 to 2010. But the welfare of the animals can also plunge.

There's no legal definition of 'free range' when it comes to meat in Australia, so it's not easy to know what to make of all the welfare labels when considering the trays of meat in the supermarket fridges.

Understanding the welfare labels – or not

"Most people would be horrified to see what a free range chicken is," says Grant Hilliard, who specialises in sourcing pasture-raised animals from sustainable farmers for his Sydney butchery, Feather and Bone.

Despite what the packaging may imply, some free range standards allow for the chickens to be confined in sheds until they're fully feathered, packed in at stocking densities of up to 15 birds per square metre under almost unrestricted artificial lighting.

Hilliard says the labels are confusing. "It's deliberately designed to obfuscate. There is no attempt from a government level to make this stuff easy to understand."

Consumers seem to be left to navigate their way through various claims and logos with little clear information about what means what. In this article we take a look at the standards for a number of the more common welfare labels that appear in the supermarket for chicken, pork, beef and lamb products, with an emphasis on free range.

While this is by no means an exhaustive review or comparison of all the standards available, we have given a breakdown of what some of these more common labels really mean when it comes to animal welfare. 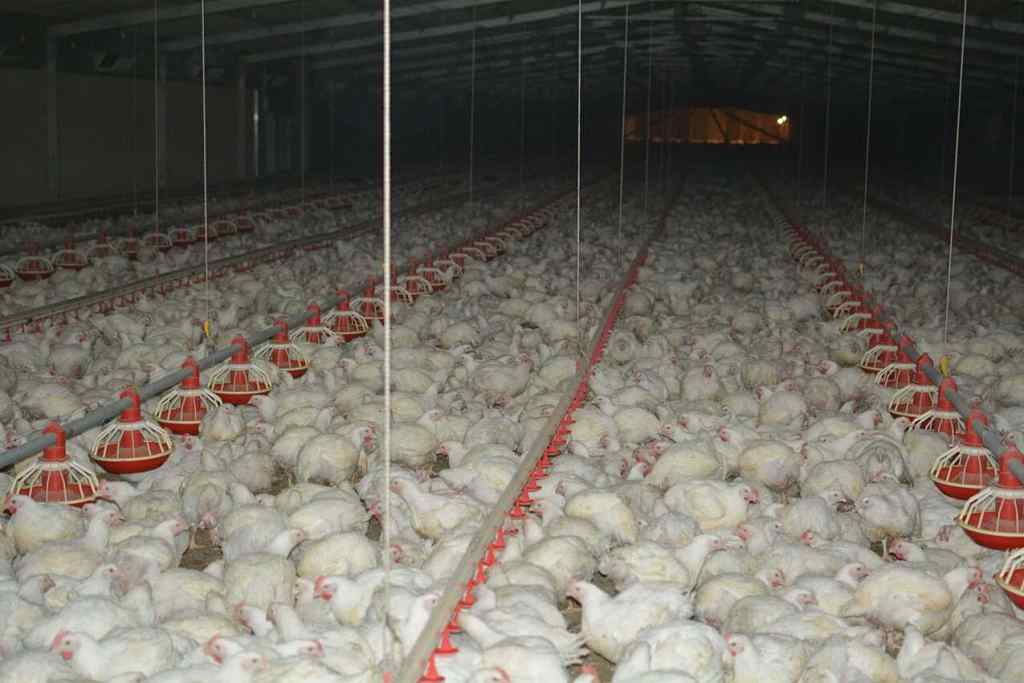 ABOVE: Most chicken meat found in supermarkets is produced intensively in large sheds with stocking rates of up to 20 chickens per square metre. The chickens never leave the shed and the build-up of faeces causes respiratory problems and skin to blister and burn. Foot problems are common. Image courtesy of Animal Liberation.

The Model Code of Practice, the 'conventional' industry standard sets out minimum allowable welfare conditions, which don't specify free range. Birds can be raised indoors for their whole lives, at up to 20 birds per square metre, often in the tens of thousands. Continuous artificial lighting can be used for 23 out of 24 hours (to encourage eating and growth).

These are some of the options that go above this standard.

ACO mandates that chickens always have access to the outdoors during daylight hours, no matter what their age.

ACO caps outdoor stocking rates at 2500 to 4800 birds per hectare (the range depends on whether paddock rotation is used). In the shed, chickens can be stocked at 12 birds per square metre, and artificial lighting is capped at 16 hours per day, with at least eight hours of continuous dark per night. 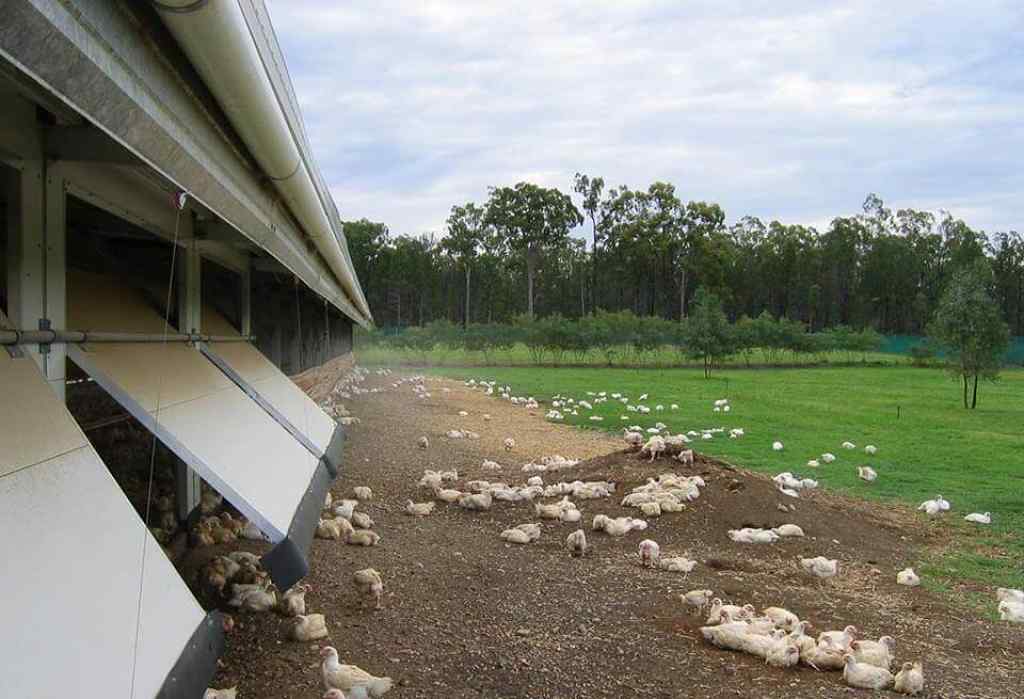 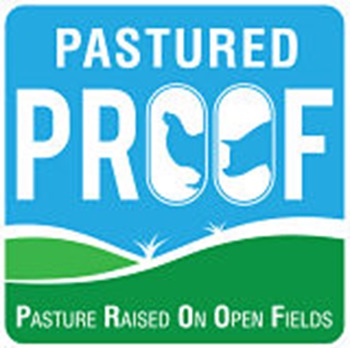 Humane Choice and PROOF accredited brands offer higher welfare conditions than RSPCA Approved and FREPA, and are often as good as the ACO standard. Unfortunately they're not always found in major supermarkets. One big difference is that Humane Choice only stipulates that birds be given access to the outdoors after 21 days, but stocking densities and artificial lighting standards are the same as the ACO standards. (At the time of writing, PROOF is awaiting assessment by the ACCC for its application for Certification Trade Mark.) 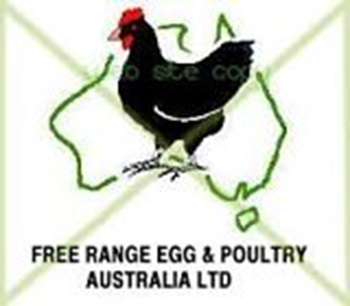 FREPA accredited free range chickens are only let outdoors when they're 'fully feathered'. There's no cap on the amount of chickens per metre in the outdoors, and in the shed they are stocked at up to 15 birds per square metre. There is also no specified limit on the amount of artificial light used.

RSPCA Approved is not free range

RSPCA Approved doesn't necessarily mean free range. This standard allows meat chickens to be raised intensively in sheds with stocking densities of up to 17 birds per square metre, and up to 20 hours per day of artificial lighting, bright enough to encourage foraging and activity. These conditions don't compare well with the other standards we looked at.

However, Hope Bertram, RSPCA Australia's Human Food Marketing Manager, told CHOICE: "The most important thing to understand is that free range doesn't necessarily equal good welfare. A poorly run free-range system can be bad for welfare; likewise, a well-run indoor system can give the animals everything they need."

In better news for RSPCA Approved chooks, producers are required to meet standards for the provision and quality of the litter inside the sheds to avoid skin burns from ammonia build up.

The RSPCA standard also requires perches and hay bales to encourage chickens to be active and build muscle strength. While this is an improvement on the Model Code of Practice conditions, it stipulates only 2.7 metres of perching per 1000 birds ­– that's a big squeeze.

The outdoor standard includes stipulations about providing edible vegetation and adequate protection. But the maximum outdoor stocking rate is the same as the indoor one – 17 birds per square metre.

RSPCA Approved 'Outdoor' chickens are allowed outdoor access once they're "reasonably feathered" or 28 days old. The RSPCA says this is for welfare reasons – "Birds are indoors until they're fully feathered for their own protection from the elements" – but since they're slaughtered between five and seven weeks old, they'll still spend the bulk of their lives in the shed.

Video: How are meat chickens raised?

Pigs in conventional indoor piggeries have a crowded life in group pens – the minimum floor area for a 100-kilogram pig is only .66m2, under the model Code for Pigs. The same size grower pig in an RSPCA Approved operation has 1.03m2.

Controversial sow stalls are still used by some producers for pregnant sows. Designed to prevent aggression between pigs, they are restrictive metal cages the length and width of the sow which don't allow her to turn around.

Until recently the sows could spend their whole 115-day pregnancy in a sow stall. In July 2017, the industry's Model Code of Practice for Animal Welfare:Pigs imposed restrictions meaning that sows can only be confined in these for up to six weeks of their pregnancy. Some producers are going further than this and certifying as "Gestation Stall Free", meaning sows must not be confined for any longer than five days after mating.

Less well known is that sows are routinely moved to narrow steel farrowing (or gestation) crates to have the piglets, which separate them from their young by a metal bar. Farrowing crates are designed to protect piglets from being crushed by their mother, but they're considered inhumane by some because sows are confined in these for up to four weeks, only able to stand up and lie down on metal floors.

Hilliard argues that the Sow Stall Free label is misleading. "What most consumers don't understand is that doesn't mean the sow isn't constrained to a farrowing crate prior to and after birth for weeks."

For instance, Coles Brand fresh pork has been sow stall free since 2014 – but farrowing crates are allowed. 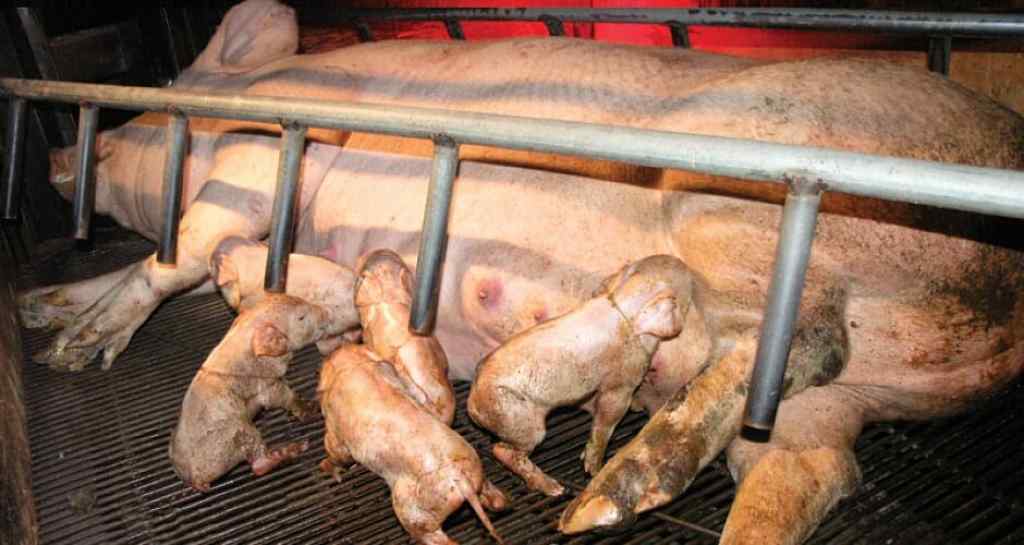 ABOVE: A sow confined to a farrowing crate. These are routinely used in conventional piggeries to reduce the mortality of piglets. Image courtesy of Animals Australia.

Unless they're creditably labelled as free range, all Australian pork products in Aldi and Woolworths have been bred and raised in sheds, likely with the use of farrowing crates and possibly sow stalls.

The label 'Outdoor Bred: Raised Indoors on Straw' means the adult breeding pigs live outdoors with shelters, and the piglets are bred outdoors. But after three weeks, or weaning, they're moved indoors to group housing in sheds with straw bedding, and kept there until slaughter. 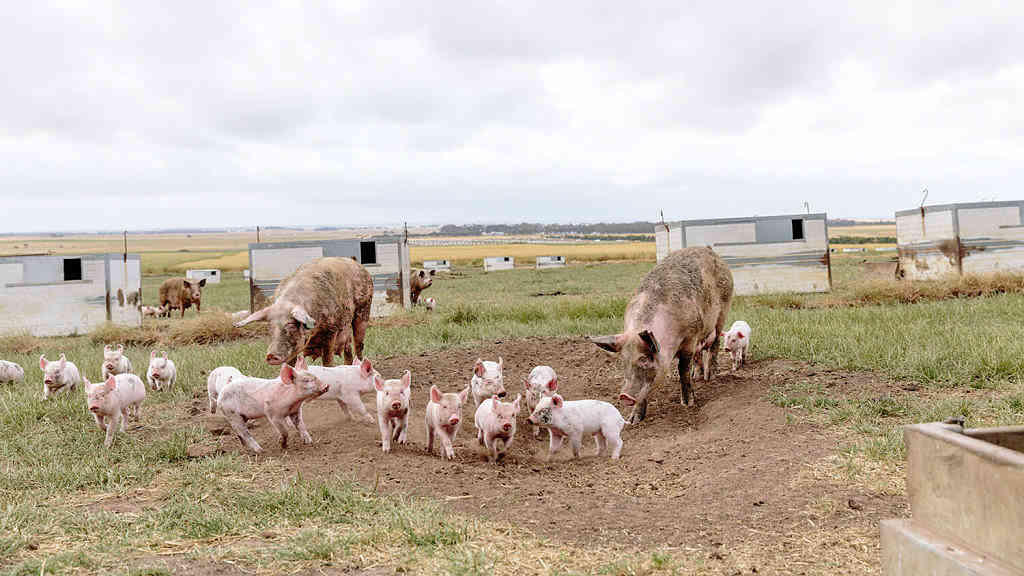 If you want your pork to have been born and raised outdoors (for their whole life) avoid 'bred free range' and 'outdoor bred' labels and instead look for products with one of these labels: 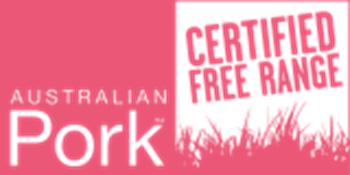 Pigs raised under the Australian Certified Organic (ACO) standard are the most likely to have been raised free range with high welfare conditions. Unfortunately, certified organic pork is not listed as available from Coles or Woolworths on their online shopping sites, and isn't available at Aldi.

And if you're looking to buy Humane Choice or PROOF accredited meat, at the time of publishing we couldn't find any on sale at Aldi, Coles or Woolworths. (At the time of writing, PROOF is awaiting assessment by the ACCC for its application for Certification Trade Mark.)

RSPCA Standards don't require pigs to have access to an outdoor or range area, but where they do have access, there are additional 'outdoor' standards. Yet the logo you'll see on packages in store is the same for either standard so it's not possible to work out if the animal was raised free range from this label.

RSPCA Approved 'outdoor' system standards allow for piglets to be moved to sheds after weaning with 'access to outdoors'.

At the time of writing the RSPCA told CHOICE that all the pig farms that are currently in the RSPCA Approved Farming Scheme are raised to the RSPCA outdoor standards.

Pork brands to look for

Beef and lamb from feedlots

Feedlots, where lambs and cattle can be fattened before slaughter, are environments in which they are confined in often dusty, hot conditions in large numbers in yards, and fed a diet of pure grain. People object to them because animals can suffer from heat stress, flies, the accumulation of manure and conditions such as bovine respiratory disease.

How to avoid meat from feedlots

Can't find what you want in the supermarkets?

If the shelves are bare of the cuts you're seeking, let the retailer know, and try ordering online. Sometimes supermarkets stock more certified organic and free range cuts online.

Seek out butchers that specialise in providing higher welfare meats where the provenance is known and verified. Ask about where the animal came from and if the butcher knows the farm or producer. The butcher who specialises in this field should be able to explain how the animal was raised differently to conventional conditions. Be wary of false claims of 'free range' that cannot be verified.

Links to the welfare standards