What's in your meat pie?

Thanks to updated food standards, the contents of your meat pie shouldn't be a mystery anymore. Nobody said it would be pretty, though. 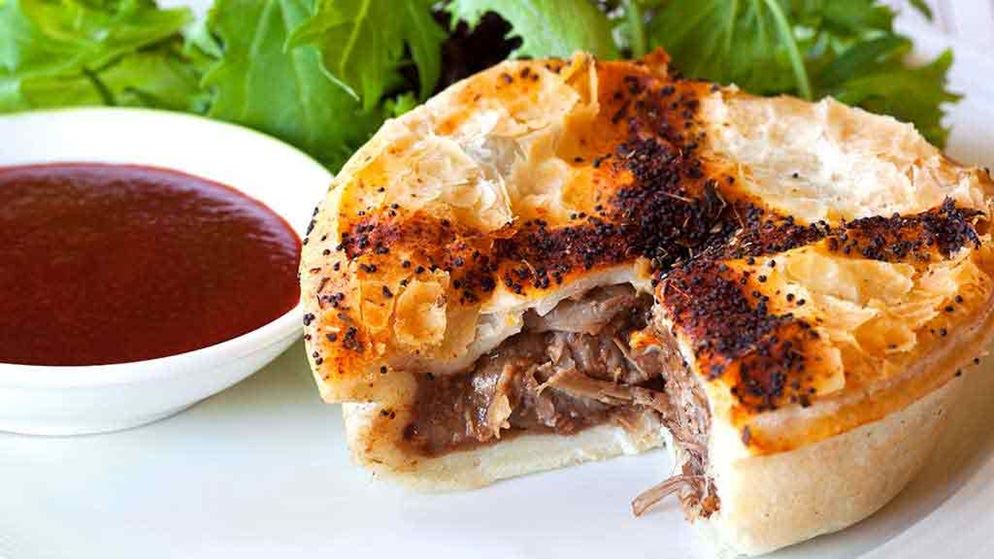 Got a funny feeling about that filling?

Meat pies are an Australian icon - eaten at the footy, ready to go at service stations, fresh in bakeries and available in all shapes and sizes at the supermarket.

We may love our national snack, but ask most Aussies what's in their meat pie and chances are they'll have some pretty gruesome theories about the origins of that delicious brown-flavoured gloop.

In 2010 CHOICE tested most of the national brands stocked in the frozen section of the supermarket, including Four'N Twenty, Herbert Adams, Patties, Snowy River, Scotts, Big Ben and Sargents pies.

Who meats the standard?

Our 2010 test analysed 20 meat pies for their meat content and nutrition labelling, as well as examining the meat contents for gristle.

We sent the pies to an external laboratory where three samples of each pie were tested and the results averaged. This test determined if the pies met the requirements of the Food Standards code for meat pies.

There's no lab test available that specifically looks for "meat". What can be measured is protein. The meat content (as a percentage of the whole pie, not just of the filling) is calculated from this number.

The meat in most of the pies was mainly mince, which made it almost impossible to determine exactly what parts of the animal were used. Of the pies that claimed to have chunks of meat, our tester found that there weren't many chunks, and the filling in most was basically just the same consistency as the minced meat in other brands.

Gristle was detected in all the pies, but only in relatively small amounts. The only standout concern was a splinter of bone found in a Black & Gold pie.

Between our 2006 and 2010 reviews, Food Standards Australia New Zealand (FSANZ) improved the definition of a meat pie. Previously, a meat pie had to contain 25% 'meat', but that could include parts of the animal like snouts, ears, tongue roots, tendons and blood vessels.

Under the current Code, a meat pie must contain a minimum of 25% "meat flesh". Meat flesh includes the skeletal muscle of any slaughtered animal as well as any attached animal rind, fat, connective tissue, nerve, blood and blood vessels. While pretty poor eating, the code still allows this kind of gristle to be labelled as meat.

In our 2010 test, Mrs Mac's, Sargents Premium Chunky Beef Royale and Herbert Adams Pepper Steak Chunky pies barely made the minimum requirement, all containing just over 25% meat as required by the Food Standards Code. In our 2006 test, Big Ben Extra Tasty, Sargents Traditional and Black & Gold pies failed to meet the standard. We were happy to see these manufacturers had lifted their game to meet the 25% requirement in our 2010 test.

When it comes to using offal, like brain, heart, kidney, liver, tongue or tripe, these must be declared on the pie's ingredients label. Our last report didn't find any offal in the pies tested.

The meat in your "meat pie" doesn't have to be beef. Muscle meat from buffalo, camel, cattle, deer, goat, hare, pig, poultry or sheep can be used to manufacture meat pies, and the type of animal doesn't need to be specified on the label. 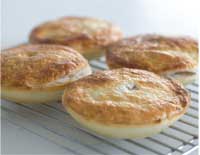 Never buying a meat pie again after reading this report? You could always DIY your next pie, that way you know exactly what animal - and what parts of that animal - you're eating.

Our recipe has less sodium than the pies we analysed, providing you make your own stock. But it doesn't fare any better for total and saturated fats. Keep in mind that most of the fat is in the pastry, so you can lower the amount by making your own pie cases.

Once the filling is made, you can either freeze the left-over meat or make up the pies and freeze them uncooked, so they're ready to bake later.