Some people are finding millennial life coaches have a useful perspective to offer - but this industry is still unregulated. 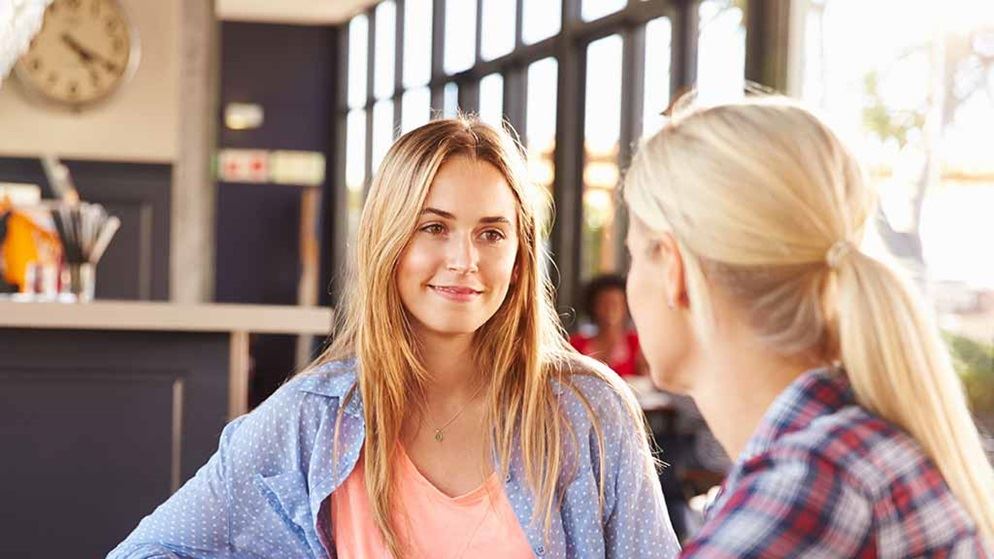 It sounds counter-intuitive for a twenty-something to enter the life coaching business. But perhaps what sounds even stranger is the fact that older generations – people who supposedly have the kind of valuable 'life experience' you can't buy – are paying to be coached by younger people.

As some people seek to find fulfilment in their lives with the help of a life coach, experts warn of the dangers of putting your life's dilemmas into the hands of a stranger with potentially no formal qualifications in an industry that is under-regulated. A "life coach" can be anyone from a fully qualified registered psychologist, right through to a self-taught, self-styled 'guru' with no qualifications to speak of.

What is a life coach?

The Australian Psychological Society defines life coaching as the facilitation of goal attainment, wellbeing, and personal growth in one's personal life. The International Coach Federation states the process of coaching is to assess an individual's challenges and opportunities, identify action steps, and establish desired outcomes.

During our last investigation in 2014, CHOICE spoke to Dr Anthony Grant, director of the Coaching Psychology unit at the University of Sydney. Grant told CHOICE that, basically, the role of a life coach is to identify personally meaningful goals and the strategies to achieve them: "It could be finding yourself and your career, starting a new business or achieving a health goal."

Megan Luscombe, 29, is a certified life coach through the Life Coaching Academy of Australia. She believes there's a misconception around what life coaches are supposed to do. "We're there to hear what people want to do and help make them strategies to get there," she says.

Luscombe says a lot of people brand themselves as a life coach but work in the motivational area, which isn't coaching at all.

Need support reaching your fitness goals? A fitness tracker could be a good start – check out our latest review to see which one might work for you.

"I stay away from anything that focuses on what I call 'hippie jargon'," says Luscombe, who's based in Melbourne. "They are just buzzwords that people throw around because they think they sound good."

"When I studied psychology for three years I realised there wasn't much of an acceptance of people visiting a psychologist. I decided I was going to branch out and go into life coaching, because when I started going into it, it wasn't as prevalent as it is now." Luscombe did a further two years of study to become certified as a life coach.

She specialises in relationship coaching, confidence, and anxiety. She says life coaching is about helping the client make mental changes and the time it takes to change your mindset will depend on how stubborn you are, how willing you are to make the change.

Luscombe says her age is yet to be an issue when it comes to coaching clients who are years or even decades older than her. Her oldest current client is 53.

"A life coach isn't necessarily about 'life experience' ­– it's about being able to help someone navigate through their issues and get them to the other side. That takes skills, not a number of life years under your belt."

Amelia Harvey, from Perth, is 26 years old. She has an honours degree in psychology and is now a certified health coach from the Institute of Integrative Nutrition.

"In my very first group I had women who were twice my age, and I was in my mid-twenties, going, 'What am I going to teach these people that have got all this life experience?'," she says. "But it's really fascinating how we learn things at different points. I've learnt things that they are only just discovering in their life, and I think as Gen Y we are so exposed to so much new stuff all the time. My experience is that we are proactive and looking at new ways of doing things.

"When I reflected on what had helped me in my life and what had been really healing for me, it was getting emotional support in terms of spirituality and kind of discovering myself a little bit more. I felt if I went down the doctor route or [psychologist] route I wouldn't be able to incorporate that in how I helped people."

Harvey says many of her clients come to her as they are going through a transition in life, whether it's a breakup, moving overseas, or looking at changing careers.

"It's all super individualised and it's all about guidance," she explains. "Coaching is a space where that person can be really heard. I'm sitting and listening and asking these questions and helping them to discover kind of what's going on for them just by helping them reflect more."

At the end of each session Harvey gives her clients 'action steps', such as journaling, which support them to keep moving through what they've covered in each session.

She says many people don't have someone to talk to and be vulnerable with, and "that's a huge part [of] why coaching is so healing for people".

Neal Kerr, 40, from Queensland, says he saw a younger life coach recently because he needed motivation.

"So many people out there already know what they need to do but they just don't do it. So connecting with [life coach] Daniel was, in layman's terms, a kick in the butt."

Kerr says that Daniel is ten years younger than he is and confirmed "everything he already knew" about himself. He says he thinks of him as a positive influence and support in his life. "Age doesn't come into it. There's two intellects that can feed into each other, it doesn't matter how old you are."

Kerr says everyone has ideas and the potential to be better than they are. "A life coach grabs that and moulds it and shifts it around to make the person take responsibility and give them avenues. Like a recipe: giving them a method, how to transfer that recipe into a physical result."

Kerr paid a commitment fee and an initial down payment and then had a deal to pay fortnightly for sessions. Although expensive, he believes his sessions were valuable, and helped him change who he was to become a better person. "It put me nearly on the bones of my butt because I was on welfare. I still am. But that was the commitment I made [...] I could be bitter about it and go 'Hang on, I just wasted a whole bunch of money'. But then when I look at it, it sort of pays for itself."

Life coaches don't have to undergo the same level of training that psychologists do. There is some specific training for aspiring life coaches available in Australia, but it is usually provided via private businesses and can cost thousands of dollars – and is no comparison to the study and training undertaken by registered psychologists.

Some psychologists have raised concerns about the practices of life coaches, and around the suitability and qualifications of those delivering coaching services.

Melbourne psychologist Alexina Baldini has seen firsthand the dangers of the unregulated life coach industry. One of her clients had suffered years of sexual abuse and sought help from a life coach to move past her trauma. "She met up with a life coach who basically charged her $18,000 upfront and then provided her quizzes and a questionnaire that was just downloaded from the internet."

Baldini said the advice of the life coach did a lot of damage to the client. "She tried to get this lady to 'face her demons' [and this] made her suicidal at one stage."

Baldini notes that most registered accredited professionals will charge in instalments, not all at once. "Sometimes the charge point is how people will try and differentiate themselves, but it's not always guaranteed quality. If someone is not sure about a life coach's credibility, then you're entitled to ask questions about their experience and credentials.

"I'd be trying to encourage people that are going to a life coach to actually have those discussions, see if they're a member of an accredited life coaching institute."

Have you paid for a dodgy service? You might be able to get your money back – read more about what your rights are.

The life coaching industry is unregulated, which means anyone can call themselves a "life coach" with little or no training. And even if your life coach does have training or qualifications, not all qualifications are credible. We recently found an online course for $US69.99 which can take between a week to a month to complete; once you've completed the course, you are given "credentials" to display.

On the other end of the training spectrum is a graduate certificate in coaching psychology, which has to be taken on top of a three-year psychology degree or cognate discipline.

Unlike life coaches, psychologists are regulated by the Australian Health Practitioner Regulation Agency, which sets standards and policies that all registered health practitioners must meet.

Australian legislation does not prohibit anyone from calling themselves a life coach, and some psychologists will market themselves as a life coach because they feel the title is more palatable to potential clients.

"There is still a stigma," says Baldini. "Often people will think a psychologist is for people that are mentally ill and they'll liken a psychologist to a psychiatrist. Most people are confused by what the difference is."

What to look for when hiring a life coach