A revolutionary battery will help homes get more out of their solar panels. 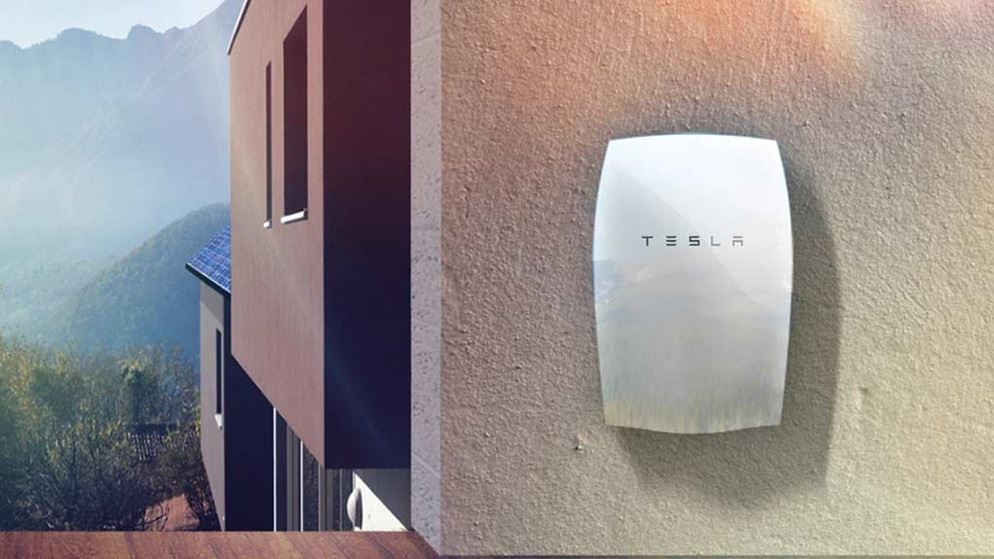 Making power while the sun shines

Even with fewer rebates and lower feed-in tariffs than in the past, more households are installing solar power systems to reduce power bills and make their homes more environmentally friendly. Which is why CHOICE has finally been able to answer the call of our members and conduct our own test of solar panels.

In other exciting news for potential – and existing – solar panel-owners, the launch of Tesla's Powerwall home battery means households will be able to get even more out of their solar power systems.

Can the Powerwall actually deliver on its promise? See our case study on how the first Tesla Powerwall installed in an Australian home performed in its first year.

In early May 2015, CEO of Tesla Motors Elon Musk launched Powerwall, a lithium-ion battery system for homes and businesses. It's a significant development for maximising solar power. That first version has now been superseded by a second model, the Powerwall 2.

One large limitation of solar photovoltaic (PV) systems is that they don't generate electricity at night (naturally!) so they're still dependent on connection to the grid for night-time power and if the solar array or inverter fails for any reason. But the Tesla home battery can store the solar-generated electricity for later use.

The concept of a home battery storage system isn't new; they've actually been available for some time, such as those from Solar Australia. Other electricity storage systems (battery and other technology) are designed for large-scale commercial or industrial use. But Powerwall may just be a game-changer for the electricity industry.

Currently Tesla estimates the Powerwall 2 battery plus supporting hardware will cost $8750 in Australia, not including installation costs. This doesn't include a solar PV array.
Prices may vary between suppliers.

The battery is smartly styled and designed for easy connection into the home power system. Importantly, Tesla Energy has built a massive 'gigafactory' in the US to ensure a large supply and to keep production costs down.

Is it cost-effective? See our calculations of the Tesla Powerwall's payback time.

As with other Tesla technology, Powerwall is open patent, which will allow competitors to produce similar or even improved products. So although Powerwall is not the first such system to appear, it may well be the one that makes battery storage systems a common feature in homes.

For a typical home, Powerwall and a solar array together could become the main source of power, with the grid connection serving only as a back-up and top-up for extended periods of low sunlight. However, the system could also allow complete self-sufficiency for some homes.

Video: CHOICE tests solar panels with help from the CSIRO

Powerwall and systems like it may have another significant effect on power pricing. If the technology is used on a large scale by power utilities to store power, it should allow more reliable and efficient power supply, reducing the overall need for infrastructure and, as a result, help keep electricity prices down. Industrial applications extend to large businesses too; several major US companies such as Amazon and Target are involved in pilot testing Tesla Energy systems.

If enough homes take up home battery storage, it's also possible that energy companies will be able to use their combined customers' storage capacity in smart ways, such as offering better feed-in tariffs than currently available.

However, if a large number of homes use solar and battery storage to become much less dependent on the grid - or even go off-grid altogether - then that could have a negative effect for energy utility companies. With fewer customers using the grid, but with significant grid infrastructure still to maintain, those remaining customers could be charged higher prices, in turn driving more of them to go off-grid themselves, and so on. This is sometimes referred to as a "death spiral". Unfortunately, the customers left on the grid and paying ever higher prices will often be low-income people unable to afford their own solar power systems. Avoiding the death spiral will require some smart planning and management by industry and government.

How do I buy a Tesla Powerwall battery?

When we first reported on the Powerwall in 2015, it was not available to purchase in Australia (though US customers could reserve one for later delivery). But it's now available from many solar PV suppliers in Australia, and can be ordered as a retrofit to an existing solar array or as part of a brand new solar PV system..

If you're retrofitting the Powerwall to an existing solar array, you may need a new inverter that's compatible with the Powerwall, so that will add to the cost. The supplier will assess your current system and advise if that's required.

CHOICE is currently considering a project to put the Powerwall and its competitors to a test.

Considering solar panels for your home?

In the meantime, if you're considering installing solar power in your home, we have a few resources to help: