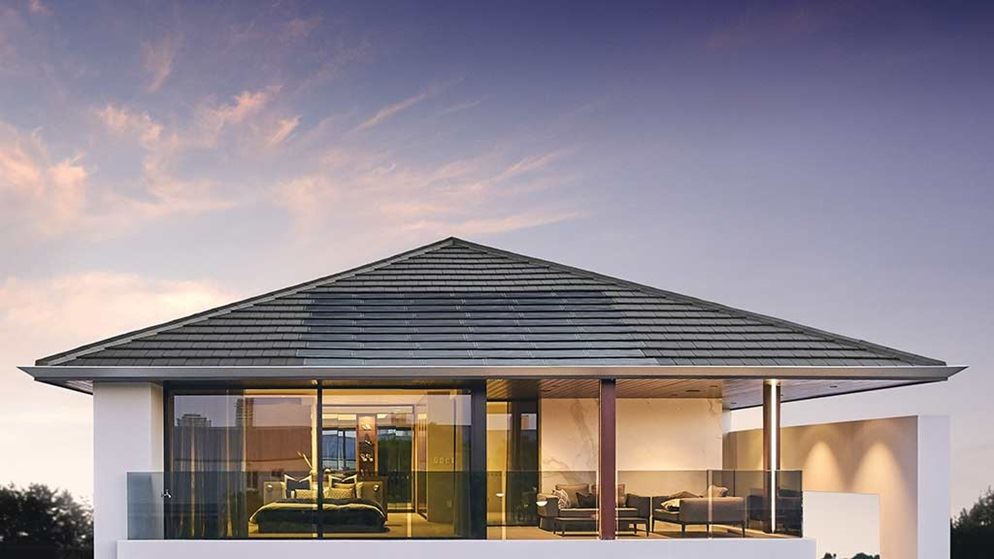 If you want to generate electricity on your roof but don't like the look of solar panels or your roof isn't suitable, then solar roof tiles, also called building integrated photovoltaics (BIPV), might be the answer. BIPVs are actually part of the roofing material, discreetly integrated with similar-looking non-solar tiles.

We take a look at four innovative products on (or nearly on) the market for homeowners and see what you'll get for your investment.

Solar roof tiles not for you? See our solar panel reviews.

The advantages of solar roof tiles

Just like conventional solar PV panels, solar roof tiles can generate electricity to heat the water, run the appliances and cool the house.

But they have other advantages:

How much do solar roof tiles cost?

Solar roof tiles cost more than the regular PV set-up. To create a level playing field, we picked a 4kW system as a comparison point for price with the tile retailers below.

The average cost for a fully installed 4kW solar PV system in Australia is $5697, according to data from solar PV brokers Solar Choice, which includes the cost of the inverter (see jargon buster).

Although tiles are pricier than solar panels, it's likely they'll remain attractive to high-end, architect-designed houses with slate- or ceramic-tiled roofs. But, as with all technologies, once their scale of production increases the cost should fall.

Warranty: 25 years at 80% of their full power-generation capabilities. There's a 10-year product warranty that guarantees their structural integrity and a 10-year total roof warranty for the system.

Australian company Bristile Roofing is due to complete its first solar roof project before the end of 2017. The Bristile Solar tiles are integrated with Bristile flat tiles in either a ceramic/terracotta or concrete range.

According to the manufacturer, the solar efficiency of the tiles is on par with traditional solar panels and the monocrystalline cells in the tiles are made by Suntech, a well-known solar PV manufacturer.

A 4kW system will take up approximately 28.5m2 on the roof. The cost per square metre of solar tiles is $550/m2 which includes the Fronius inverter.

The rest of the roof will be made up of non-solar tiles which, according to Bristile Roofing, cost the same as a standard tile roof at approximately $65/m2. 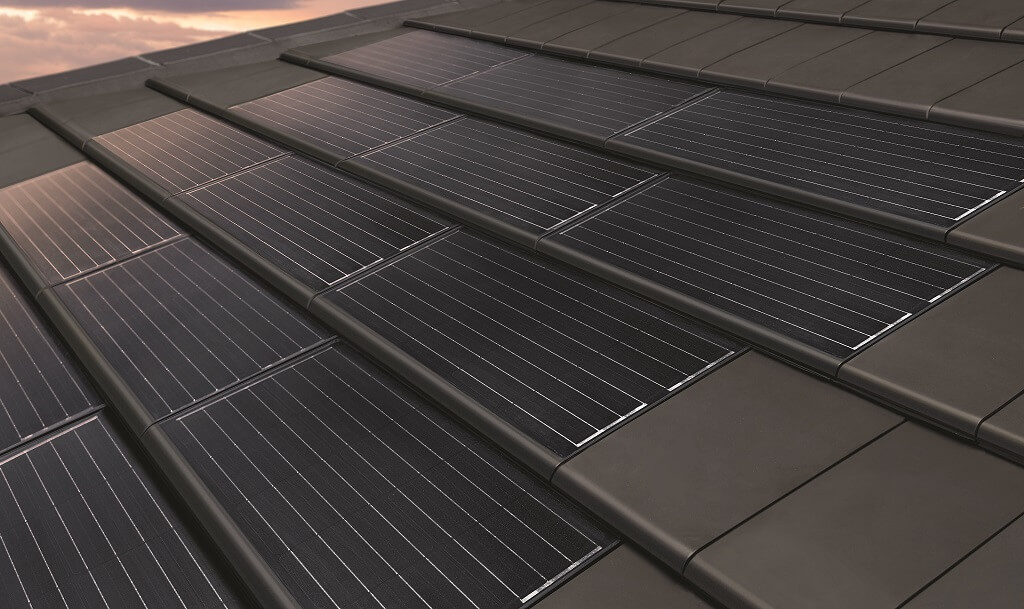 Cost: $13,000 (4kW of Eclipse Solar PV tiles with hot water channels, the inverter and the battens)

Warranty: Standard solar performance warranty of 80% capacity after 25 years, as well as a 30-year product warranty.

Australian company Tractile has developed a patented, interlocking roofing tile. Within the Tractile range is the Eclipse solar PV tile that's in the process of being released to market.

The Tractile roof tiles are approximately six times the size of traditional tiles (1100mm wide and 650mm high). Tractile's Eclipse solar PV tiles not only generate electricity but also pre-heat water to 30 or 35°C through water channels embedded in the back of the tile.

According to the manufacturer, the Solar Eclipse tile has a high efficiency rating of 20% (energy output) because the solar cells in the tile are cooled by water being channelled behind it, delivering better performance in hot conditions.

The complete installed cost for 4kW of Tractile Eclispe solar PV tiles on a 300m2 roof with compatible Tractile tiles in SE Queensland (including the solar-warmed water and heat exchange tank and inverter) is $55,000 after rebates, according to the company.

Installation prices might increase depending upon location, site and roof design. 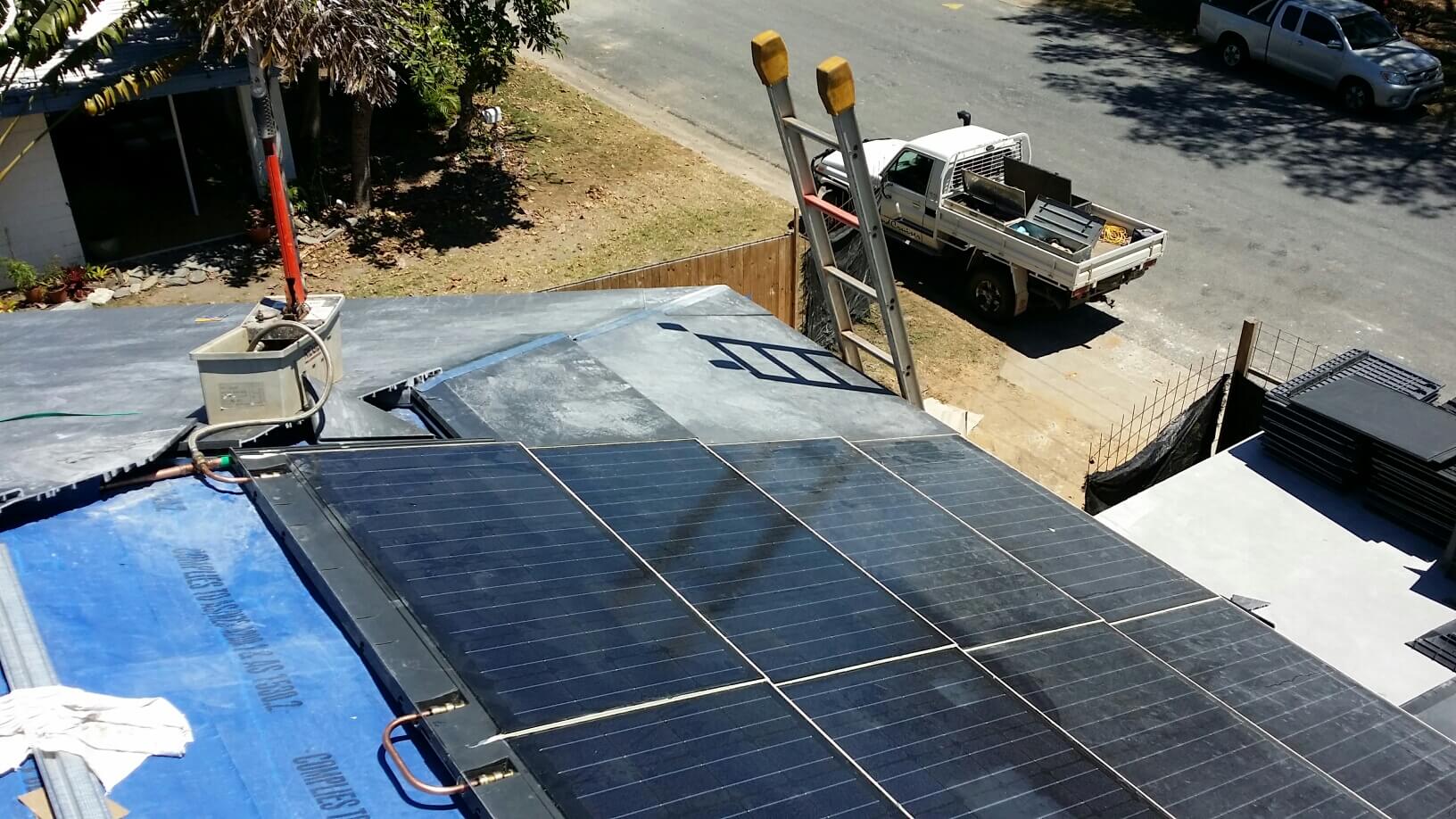 Cost: Approximately $8000–$14,000 (4kW solar component, including GST, fitted but not including the inverter or electrical installation)

Another Australian innovation, the patented Nulok roofing system includes the Nulok Solar insert, along with slate and ceramic tiles in its range.

This high-efficiency and discrete solar-integrated roofing system has won design awards in Australia and overseas and is marketed towards architects and new builds. Nulok solar inserts are installed on approximately 25 Australian roofs per year. 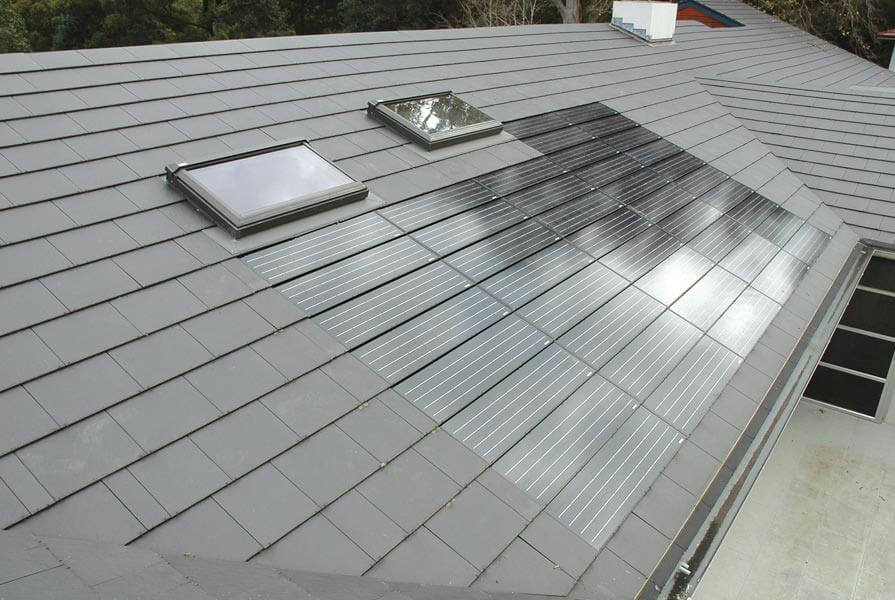 Warranty: 25 years at more than 80% rated power. The warranty on the life of the solar tile is 10 years.

Monier, which has been putting roofs on Australian homes for 100 years, launched its Solartile made with monocrystalline cells five years ago. Monier says these solar tiles were the first BIPV roofing product in Australia.

Like other BIPV tiles, Solartiles are a custom product that fit only with the Monier range of flat-profiled concrete roof tiles. They can be added to or retrofitted at any stage.

A spokesperson told us it's easy to expand the system, but they advise buying a unit that's battery-ready for when you do want to invest in energy storage.

The company manages the supply and installation of the system, as well as the government rebates on the customer's behalf.

In May 2017, US car and solar panel manufacturer Tesla announced it was taking deposits of $1310 in Australia for its range of solar roof tiles with smooth or textured glass versions, and slate and Tuscan styles.

However, despite the earlier hype, the company now says the tiles won't be available for some time yet, and is short on details about the tiles' specs and the costs, leaving prospective Australian buyers in the dark about what they'll actually get for their money.