Five steps to house plans that won't blow your budget

How to make sure your architect delivers design plans that you can afford to build. 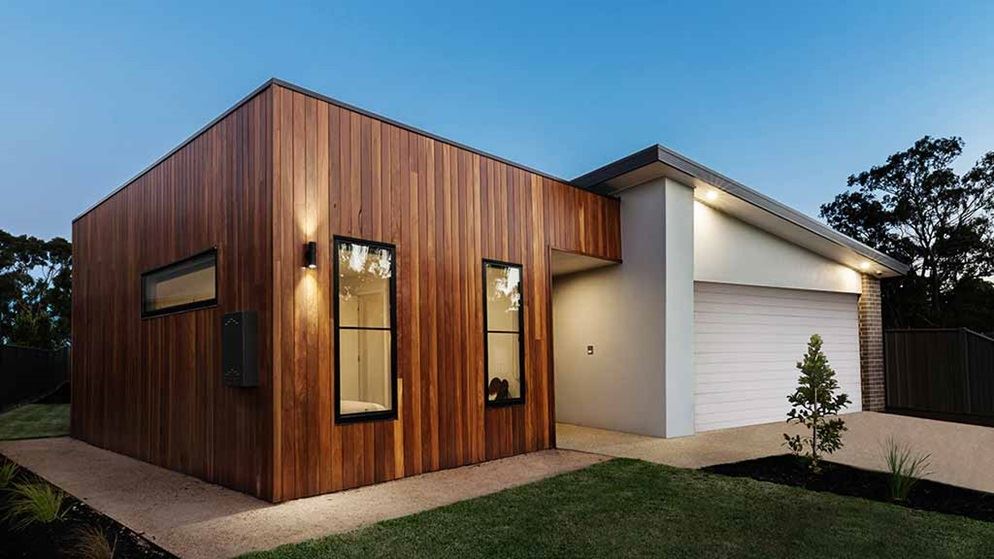 You've decided to renovate or build a new house, but heard horror stories of escalating costs and budget blow outs? Here's our advice for keeping the budget under control when working with your architect.

"We were sold a dream, and we paid for that dream," says Ingrid.

Sitting at her dining table, Ingrid flicks through the thick A3 wad of well-thumbed house plans that she and her husband paid the architect $28,000 for.

"But we can't afford to build it."

Ingrid and William (not their real names) met with a number of architects in preparation for a $300,000 renovation of their Sydney home, even putting together a spreadsheet on the architects' fee structures to find the right one. As they both work, they chose one that offered the best price for seeing the whole job through to the end of the build, but with the architect's fees paid upfront.

What unfolded from there serves as a lesson to anyone about to embark on a dream renovation or new build.

"We were advised to go for the most that we could in the development application, and then pare it back once the approval had been secured. Even though we'd clearly named our budget, we knew we'd have scope creep, even up to $100,000. Everyone kept saying you should expect at least 25% more than what your budget is. But that's not what we got."

After 12 months of negotiations and changes, their plans were finally approved by the council. All up, Ingrid says they've paid out over $50,000 for the designs, various reports, fees and development approval. When it was put out to tender, three builders submitted quotes.

Ingrid is a creative services professional. "In my work," she says, "if I get a brief and there's a dollar figure attached to it, it's easy to come up with a solution that is amazing but if it doesn't fit with the budget then it should be discounted straight away."

"I don't deny that it's a great design, but it's not fit for purpose if we can't even stretch to what it costs to build."

Ingrid and William have had to abandon the approved plans, and have now sourced another architect to start all over again, with a much-reduced concept, smaller budget and smaller square meterage. Despite their early advice to go for the most in the development application, the new plans are substantially different and they need to submit a whole new application, with all the associated fees, and pay for new reports.

Beware the designer who disregards the budget

Ingrid and William's costly experience is not uncommon – but it is avoidable. We talked to a number of architects to find out why this happens and how people can avoid finding themselves with designs that are grander than their budgets.

A retired Sydney architect we spoke to was candidly critical of some in the industry, saying, "There are architects who may not hold you back on the cost estimates because he or she believes they are secondary to the aspirations of both the client and the architect."

"In many cases, the architect wants to see a wonderful solution that will enhance his or her own reputation."

It's important to be aware that architects are not cost consultants, and clients should source estimates from building professionals such as builders and quantity surveyors to estimate the building costs before the development application.

Clare Cousins, president elect of the Australian Institute of Architects (AIA), adds that budgets are not easily estimated.

"There are numerous factors that impact on budgets: location, site access, materials and timeframe," she says. "The other factor often overlooked is the market. Builders price the work based on level of availability of their tradespeople. In a busy market like now this can change daily."

Peter Georgiev, who runs residential building advice service Archicentre Australia, says, "There are architects who employ sensible approaches to cost planning and not all should be tarred with the same brush."

Amelia Lee from Undercover Architect advises finding an experienced architect who is mindful of budgets. "It's critical that the client does their homework to find a designer that is honest, open, listening, and that the designer has demonstrated experience, and has delivered projects similar to what you're seeking, to budget."

The obligations of the architect to the budget

Cousins tells us architects have a Code of Conduct that includes a responsibility to design and deliver a project within the constraints of a budget that's been agreed with the client. They are also obliged to tell clients if they think their budget is unrealistic.

She says it's important that both the scope and budget are reviewed frequently, and any implications resulting from their change be communicated clearly by the architect.

Building designers are an alternative to architects but they haven't undergone the same rigorous education.

Ted Riddle from the Building Designer's Association says that, like architects, building designers are bound by consumer law through the Department of Fair Trading and consumer tribunals, although unlike architects, there's no Act of Parliament that they're bound to. Riddle says that once the client and the designer have agreed on a reasonable budget for that site, then the designer is obliged to produce plans that fit with the budget under consumer law.

Clients should always ask: "Do you think that is achievable for the budget I have?" and keep asking as the plans evolve.

But Lee thinks people sometimes don't want to hear the answer. "One of my biggest roles [as an architect] is to bring into alignment their vision for their home and how much they want to spend on it – and sometimes that's a very difficult conversation to have with the client up front."

People's expectations are often mismatched with the reality of the costs, but according to Lee, "Experienced architects will be honest upfront. They need to be truthful early, to avoid disappointment later."

When an architect advises clients of budget implications from a decision or change, it's important that the client takes this on board.

Lee gives the example of a client's attachment to high ceilings. "Three-metre ceilings will also mean taller glazing, extra lighting, plasterboard lining, painting, or extra scaffolding – all of which will add costs."

"Good architects will have a paper trail telling you your decisions are causing construction cost increases that impact your design fees with them," Lee advises.

Five steps to house plans you can afford to build

1. Research and determine your budget as thoroughly as possible

Before contacting an architect or building designer, research your budget. Approach this from two angles – what you can afford to spend, and what building costs.

Try these online home-building calculators to get an idea of costs and what can impact them:

An estimated cost per square metre can be a good place to start but it's very important to realise that the site conditions (e.g. an inner-city congested site with no access or parking, or a sloping site) will have a profound impact. Dropping off a load of bricks next to where the wall is to be built is cheaper than carting them by hand to a hard-to-access area.

Rawlinson's Cost Guide ($285) has more detail on costing a project. It's an industry reference for small builders, architects and consultants.

2. Interview a number of architects

Architects expect you to speak to a few prospective designers. Reach out to friends and contacts who've renovated and listen to their experiences.

Look for architects who have experience with projects similar in standard and scope to what you're wanting, and those who've worked with your council's building codes as they'll have a better idea of costs. Don't just consider their fees when making a choice.

Check that the architects are registered in your state as this ties them to a code of conduct and legal obligations. The legal requirements of building designers are not so stringent. The AIA and the architects' registration boards in each state have a code of professional conduct and disciplinary powers.

Ask for the following information when you meet with them:

3. Ensure your budget is included in your brief, and in your contract/agreement

If the agreed budget is in the contract, the architect has legal obligations to fulfill. Maintain an ongoing, open and frank conversation about the budget throughout the process.

4. Obtain cost estimates from building professionals (not the architect)

All too often, clients choose to avoid this additional cost – to their detriment.

Cousins says, "Renovating or building a house is often the single largest financial investment people make, therefore engaging a quantity surveyor to prepare a cost plan to assist with guiding this investment is worthwhile."

She advises engaging a quantity surveyor at the end of the concept design phase. "The cost will vary depending on the size of the project and how many cost reviews are carried out, but a single cost plan by a quantity surveyor for a house renovation may cost in the order of $2500."

Lee goes one step further saying, "Get cost estimates in at least three phases of the project to allow opportunities to revise and adjust your design to meet the budget – before you get emotionally invested in an outcome you can't afford." Lee recommends costing the project:

Archicentre Australia offers a design feasibility report for those considering a renovation or new build, with a draft concept plan and broad cost assessment for $1760–3300, depending on the scope of the project.

Lee recommends having a contingency of 15–20% in the renovation budget for unexpected costs or variations that can arise during construction.

Time to check your cover? See our home and contents insurance reviews for our best-rated policies from 20 insurers.

Be aware of your rights and familiarise yourself with the Code of Conduct for architects or designers in your state.

Be as clear as possible with your architect about what you want to achieve, what you need and what you can afford. Ask all questions about what will be done for what costs before signing the contract.

Keep asking your architect or designer about cost implications of any suggestions or changes. Listen, and be prepared to take their advice and be realistic.

And make any changes as early as possible – the later they are made the more likely it will incur a cost.