Are my solar panels working?

Six simple steps to find out if all is well with your solar PV system. 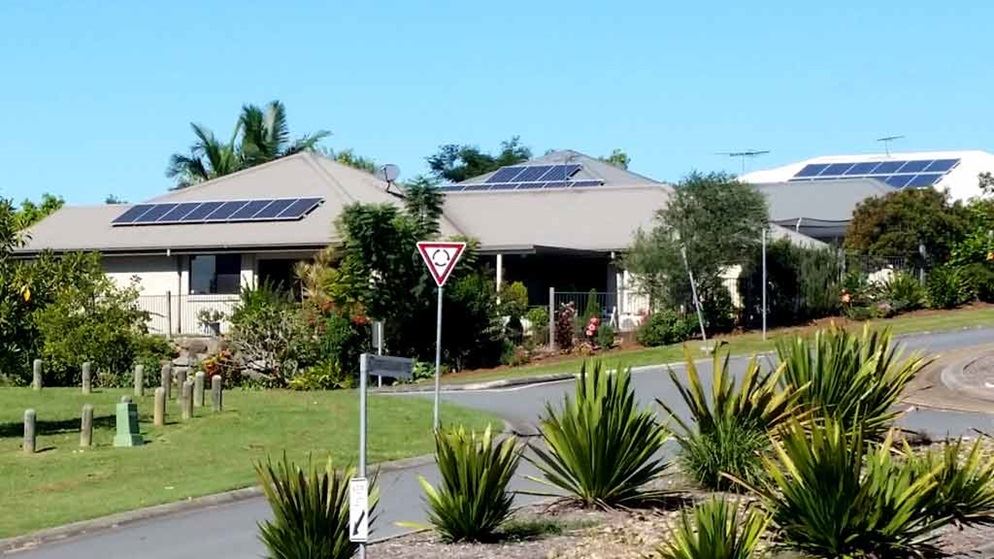 Check for a pulse

Many solar owners have little idea if the solar system on their roof is working properly.

We surveyed more than 1000 solar owners and found that 33% had experienced problems with their system. Overall, 11% reported that their system was producing less energy than the installer told them it would and 21% had no idea if it was performing properly or not!

Solar PV systems can chug away quietly for years without an issue, but the figures above show it's not unusual for an unknown problem to cost you money. If you're not sure how well your solar panels are working, take our six simple steps to do a quick health check of your system.

Find out the solar panel payback time for a 5kW rooftop solar system.

We found 46% of solar owners use their bill to see if there's a problem - but this is unreliable. Looking at the amount of money you received for your exported solar doesn't give a good idea of the performance of your investment.

Your bill doesn't show how much energy was produced by the PV system in total, or how much of that was used in the house – it only shows the amount of solar energy exported to the grid, and the amount of electricity you've drawn from the grid.

If something goes wrong with your system and the output is reduced or the inverter has an error and stops working, the grid quietly steps in to provide the power instead. Many of us only receive electricity bills every three months. That's a long time for a system to be on the blink and losing you money.

In addition, the output of solar systems change with the seasons as the hours of available sunshine lengthen or shorten. And with a change in the seasons, our household usage patterns also change. So quarterly electricity bills aren't easily comparable.

Step 2: Look up – is there shading or are the panels dirty? 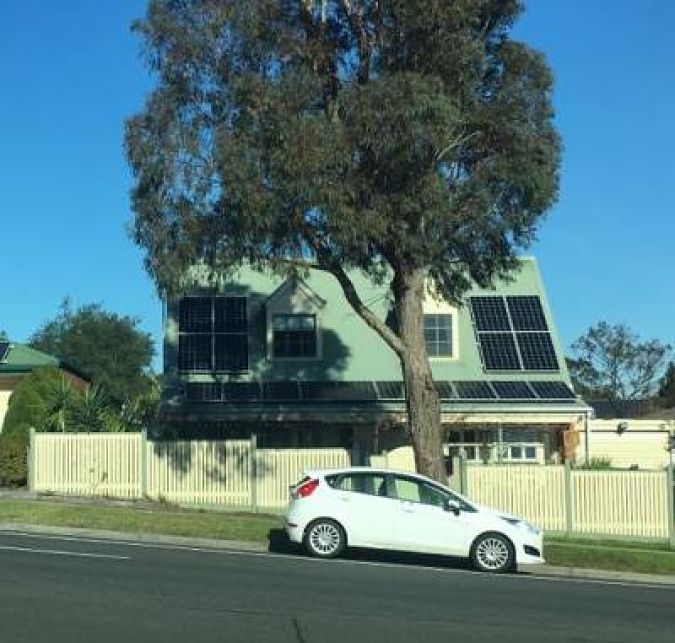 Stand back and look at your solar panels. Are they shiny or dull and dirty? Do they have tree sap, vines, or bird droppings on them? Is there evidence of delamination or plastic peeling?

Dirt isn't usually a problem when there's regular rainfall to wash the panels, so cleaning isn't often necessary. However, a build-up of tree sap, dust and bird droppings during a long dry period can reduce the output of the panels. Consider giving your panels a hose from the ground if it hasn't rained in a while. If the dirt won't budge, hire a contractor with the right safety equipment to clean them for you.

(Please note: We do not recommend going up a ladder or on the roof to clean your panels. Approximately 5000 people per year are admitted to Australian hospitals from serious ladder-related injuries.)

Shade is your solar system's enemy. Is there more shade now than when your solar panels were installed? A tree may have grown, or an antenna, roof ventilator or a new structure may be shading it for part of the day.

Where panels are string mounted or connected together, what affects one panel will affect the output of them all. That means if shade falls on one panel, it will reduce the output of all the panels in that 'string'. If you paid extra to have your panels 'optimised' then the shading issue is confined to the affected panel only.

Step 3: Look at the inverter – is there a red or green light?

Many solar owners never go near their inverter, but CHOICE found that 20% of surveyed solar owners had experienced problems with it.

How would you know if there's a problem? A simple health check is to look at the colour of the lights shining on the box during daylight hours when the system's meant to be running.

A green light on your inverter means your system is functioning properly. A red or orange light during daylight hours means there's a system event or fault. 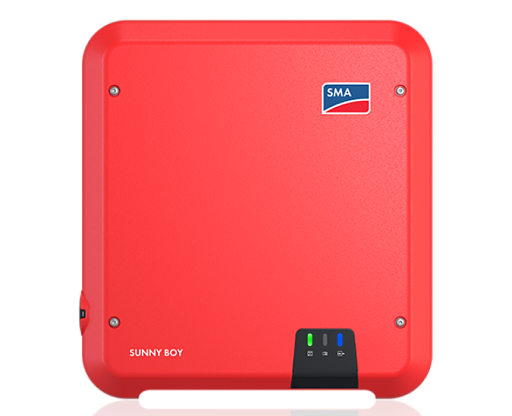 In the event of a red or orange flashing flight, look for an error code on the display. Alternatively, you may be able to go to the inverter's user interface via a web portal for an indication of the cause.

Inverters can shut down due to a grid fault where the voltage is too high or too low, or there may be a problem with the earthing of the system. Another reason might be that the circuit breaker for the inverter has tripped.

More specifically, in the case of newer SMA brand inverters, a green light on the outside of the inverter means there is above 90% output (which is perfect). Below 90% and the light pulses.

Older generation SMA brand inverters may not have an online interface and may use a yellow light instead of a red one to indicate a fault.

There are two ways to access the information about a modern solar PV system's output from the inverter – on the digital screen if it has one, and through an online account connected to your inverter.

The online data and graphs are more detailed and easier to understand and compare with your systems' expected performance. They may give you monthly and annual kWh output.

What do those numbers on the inverter's screen mean?

The data on the inverter's screen isn't as useful, but it should be able to give you three figures:

TIP: Power or energy? Power is measured in watts (W) or kilowatts (kW). Energy is measured in kilowatt hours (kWh). If your solar panels continuously output 5kW of power for a whole 60 minutes, you will have produced 5kWh of energy.

Most good quality inverters offer easy-to-read graphs and data about your system's daily, monthly and annual energy production by logging into an app or web portal. However, it won't tell you about you energy consumption on site.

We found that 32% of people track the performance of their system using the online interface for the inverter.

If you haven't already, do an online search for the inverter manufacturer and set up your account and login.

Below is the output reading from a household system in Randwick, Sydney, taken from SMA's Sunny Portal site. (SMA lets you choose whether or not to make your data public.) 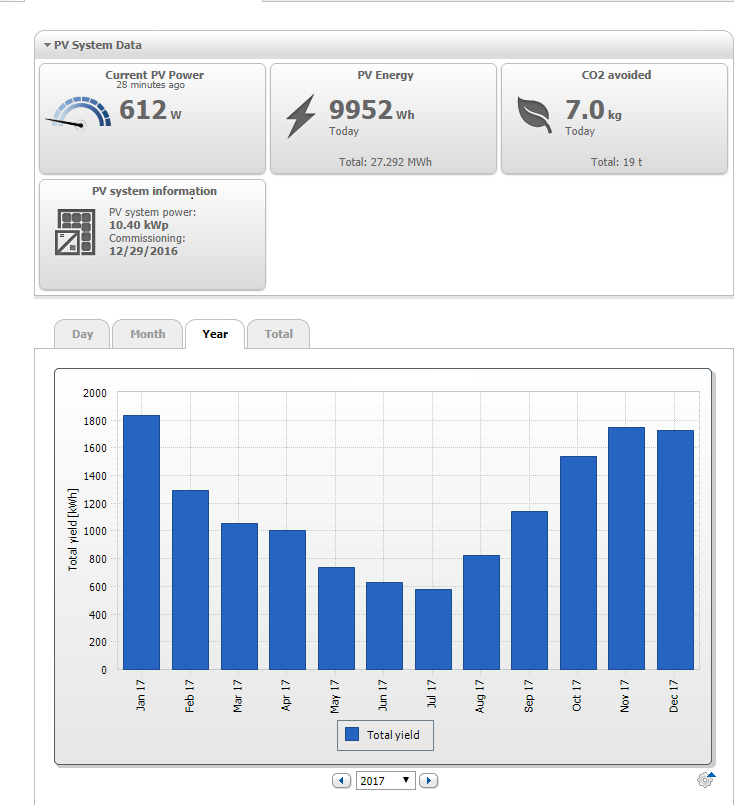 Step 5: How do you know if your solar is producing as much energy as it should?

When your system was installed, you should have been given an owner's manual by the retailer or installer with an estimated prediction of your solar system's production for each month of the year. It may be expressed as average daily kilowatt hours (kWh) per month, or the monthly yield.

Check the estimated amounts in the owner's manual with the actual output revealed on your inverter's account via the app or web interface (these figures aren't usually available on the inverter's screen). Or, even better, check it using a third-party monitoring system.

Your system will never run at 100% efficiency

If you have 5kW of panels, the maximum output they can generate is 5kW over one hour. But they'll never be 100% efficient.

Losses can occur with the inverter and the cabling, and performance of panels is affected by climate conditions, season, and the angle and direction of the panels. A well-designed and installed system minimises these losses.

Peacock says most solar systems in Australian conditions will peak at 80% of their specified peak power – but that's at midday in summer.

For the energy nerds among us, you can get an estimate of your system's expected output using this PV Watts calculator which uses BOM weather data.

To stay on top of your PV system's health and make the best use of your solar power to save money, we recommend investing a few hundred dollars in a third-party solar monitoring system.

Unlike the data that comes from your inverter, these can detect when the output is poor or nil, and alert you with an email or SMS within a couple of days.

Good quality third-party monitoring will know the correct performance to be expected from your panels and, using local weather data, will alert you if it drops below the minimum guaranteed in your 25 year warranty.

And when you call the installer to fix it, they'll take your concerns seriously if they know you've got a third-party monitoring system guiding you.

Nigel Morris from Solar Analytics says, "Not having monitoring on your solar PV system is like driving a car without a dashboard."

"It simply gives you a 0-100% figure for your system health," adds Peacock. "A friend started getting emails from their Solar Analytics system telling them to look at their system urgently.

"She got the installer round (he was happy to go round because he knew it was unlikely to be a false alarm thanks to the monitoring) and found a melted connector that could have been a fire risk!"

Monitoring also allows you to track your energy usage in the home and measure high-usage circuits and appliances to:

ABOVE: Graph from a Solar Analytics monitoring system for a home showing daily output compared with expected daily output.

Common factors that will reduce your solar power output

Heat High temperatures reduce the efficiency of solar panels. Peacock says a system can lose about 10% of rated power on a 25 degree day, and more if it's hotter. A breeze cooling them down will improve it.

Solar panel orientation and tilting Panels facing due north will generate more than those facing east or west, and they should be optimally tilted. A well-designed and installed system will minimise these losses.

System losses Cabling loses about 2% of power while the inverter can lose 3-4% of power in the conversion from DC to AC power.

Season It goes without saying that there'll be more production in summer with more available sunshine hours and less in winter.

Time of day When you measure the solar power (kW output of your system) makes a difference. Midday is when it's highest.