If you can't afford to pay for solar up front, you might not need to go without. 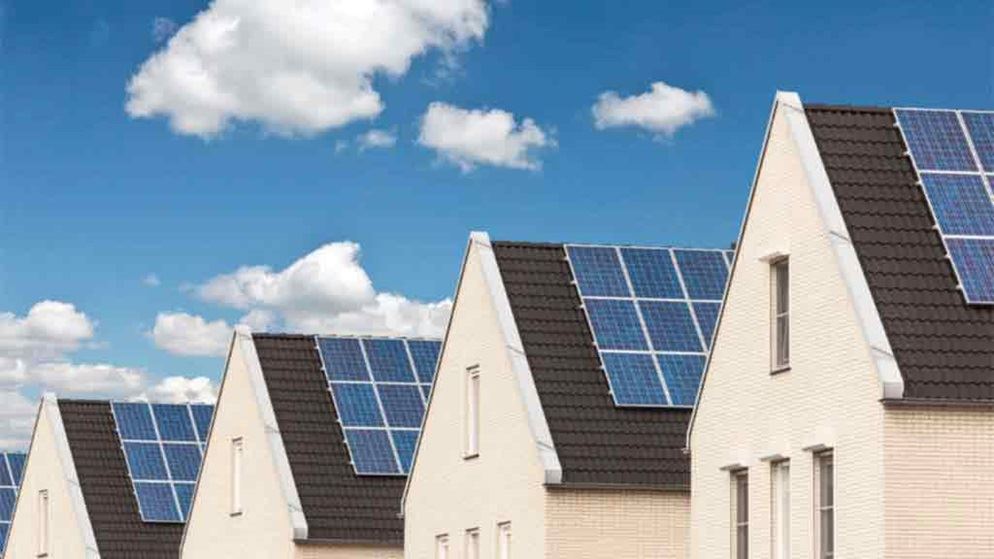 Energy bills are a serious issue for many Australian consumers. In fact, electricity topped the list of household expense concerns in a recent CHOICE survey, with 84% of people reporting that they felt concerned or very concerned about it. So it's no surprise that solar energy is an attractive proposition for many: cheaper energy made naturally by the sun. What's not to love?

The trouble is, while a solar photovoltaic (PV) system can alleviate at least some of the pressure of energy bills and will pay for itself eventually, the up-front installation costs can be a barrier. For those who can't afford the several thousand dollar outlay, other options are now available: solar leasing and solar PV power purchasing agreements (PPAs). So how do these work, and are they right for you?

Solar leasing is currently being offered for residential and business premises around Australia. It's essentially a month-to-month payment plan for a solar PV system.

Here's how it works: a supplier installs a solar PV system on your home, and you make monthly repayments on the system for a period of time, commonly five to 10 years. The repayments can be a flat monthly rate, or increase fractionally during the course of your contract, perhaps linked to the consumer price index. The supplier is generally responsible for the maintenance of the system while you're in your leasing period. This allows you to spread out the cost of a solar installation – but it locks you into repayments with interest that will effectively make your system more expensive than if you'd paid for it up front.

There are different models for solar leasing contracts. Some companies transfer ownership of the PV system to you at the end of the lease, while in other cases the ownership of the system will revert to the solar installer. You may have the option to buy your system by paying off a residual at the end of your lease period or to extend the lease.

Nick Brass, director of solar installation and leasing company Energy Matters, says when it comes to power bills, the savings for consumers should amount to around 15–20% off their pre-solar electricity bill.

Whether solar leasing is right for you is a matter of assessing your financial situation and your energy use. According to Moyse, solar leasing isn't a great deal when compared with buying a system outright. "They're building their costs into their business model, so it's a more expensive way of going about it than buying the system outright," he says.

If you can get a lower interest rate for a loan elsewhere, you could do better buying the system outright. That's not an option for everyone though, and solar leasing may (depending on the contract terms) provide better value than no solar at all.

What is a solar PPA?

A solar PPA is an agreement where a solar company pays for the installation of a PV system for your home or business and then sells you the power it generates at a cheaper rate than what you'd pay your energy retailer. The company is effectively leasing your roof space for a set contractual period of time, so they retain ownership of the system and the responsibility for any maintenance costs.

PPAs are very new to the Australian market and the regulatory structure for these types of agreements has only been settled on within the past few months. Darren Gladman, policy manager with the Clean Energy Council (CEC), says at the moment he's only seen offers aimed at commercial customers. "Really, the model has only been up and running for a couple of months in Australia. I've certainly heard of companies that are looking to get into the residential space, but I haven't seen an offer advertised yet."

There are usually conditions attached to the PPA agreement such as a minimum duration, or an agreement to purchase a minimum amount of electricity per month at a price set out in your contract. This generally works on a use-it-or-lose-it principle – so even if you go on holiday, you'll still have to pay for a certain amount of energy produced by your system.

There are generally no up-front costs for a PPA – you pay a certain amount per kWh of energy used, and commit to buying a minimum amount of energy, whether you use it or not.

Whether the system is worthwhile is, again, a question of your individual circumstances. Moyse says that if you buy a PV system outright, your cost of energy is roughly 11 to 12 cents per kWh. If you're buying your solar through a PPA, the company will charge you more than that, as they need to factor in business costs such as installation. Assuming you buy electricity from your PPA at 15 to 20c per kWh, which is typical of commercial agreements, you're paying more than you would if you'd bought the system outright, but probably less than you'd be paying for energy off the grid, which is generally in the range of 20 to 30c per kWh.

Solar leasing and PPAs vs ownership

The major downside of solar leasing and PPAs compared to purchasing a system outright is, according to Moyse, cost. Solar leasing is generally more expensive over the course of the contract than buying the system outright. The rate you pay per kWh for your electricity through a PPA will be higher than what you'd pay if you had your own system. And if you need to end your solar leasing or PPV contract early, there's a good chance you'll have to pay a penalty.

"Most of these deals are long-term deals, and people on average change properties every eight years, so you may need to terminate the contract early, and people need to consider what the ramifications of doing that are," Moyse says.

Another potential issue with PPA deals, according to Energy Compliance Services consultant, Connor James, is that there are fewer consumer rights in case you get into financial difficulty. "The consumer has fewer avenues for relief and fewer guaranteed rights, for example protection under hardship policies," he says. "They're getting a better deal than through their energy retailer, but they're trading out some rights."

And there are also questions about potential damage to property. "There's an issue with holes being put in the roof in the installation and removal of the panels. Waterproofing and things like that can be an issue," says James. "People need to look into the terms and conditions to see what happens when the PPA ends, or if the consumer or retailer breaches the contract. Will they remove the panels? If that's the case, there needs to be an obligation to rectify the roof to its former condition. And it's quite difficult to do without creating issues such as seepage."

Solar leasing and PPAs do offer some benefits over ownership of a solar PV system:

Uptake of solar leasing has so far been low in Australia compared to some other markets. Our industry insiders tell us it's probably due to a number of reasons, including low awareness of the models, and cultural and taxation reasons.

Solar leasing and PPAs have been available in the US for about 10 years, and in California 75% of new solar PV home installations now use a leasing or PPA structure, according to Gladman.

"I think there is a lack of awareness, because these are new business models, particularly solar PPAs," says Gladman. "In California and the US generally it's really popular," he says. "It hasn't been as popular here. Partly it's because Australia is more of a nation of home owners, so we tend to be more likely to purchase something outright for our home. Partly it's about different tax laws – in the US it's more beneficial to lease."