Solar panel test - what we found

We share expert insights into what we found during our first test of solar panels. 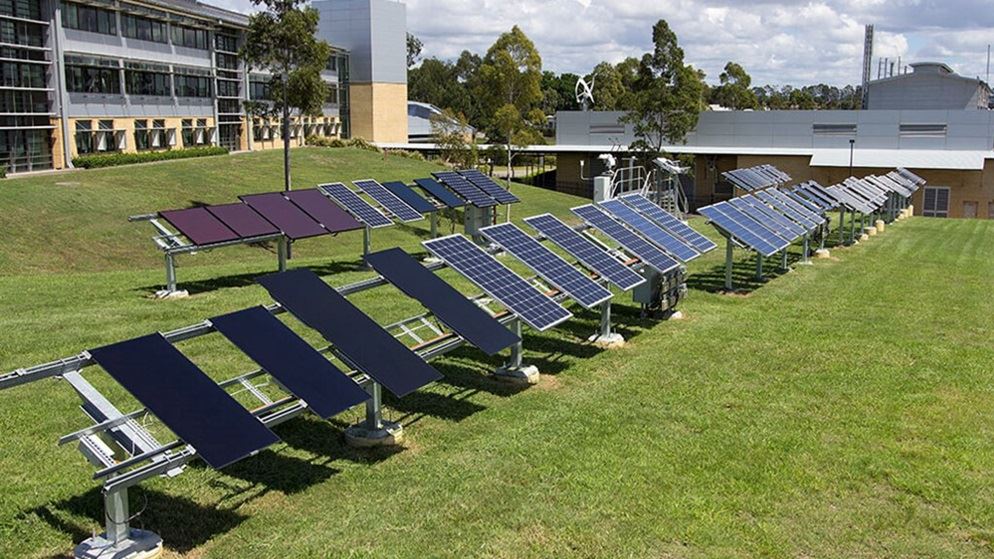 From late 2015 to 2017, we put 15 solar panels from major brands to the test in a joint project with the CSIRO. The panels were tested indoors in the CSIRO lab and outdoors for 12 months.

In this article we explain our findings from that review and the insights we gained along the way. This article was written with the assistance of Dr Chris Fell from the CSIRO Energy Centre.

The solar panels in that test and their final scores were:

All these have been superseded by newer models. We have another batch of panels now on test; see the latest review.

Solar panels are one of the more complex products that CHOICE has tested, and called for an expert facility and test method – that's why we partnered with the CSIRO Energy Centre in Newcastle. The key facts you need to know when buying solar panels are in our buying guide.

It's no surprise that the panels we bought for this test in 2015 have now been discontinued. Solar panel manufacturers are always developing more efficient models and it's common for a panel to be superseded within a year or two by models with higher specifications. For example, a brand's 250W model would be phased out and replaced by a higher-yielding model rated at 260W or more. But there's no easy way around that; the panels needed to be tested outdoors over a full year in all seasons to give a true measure of their performance, so it was inevitable that many would be discontinued within a year or two.

Unfortunately this means that we can no longer recommend any of those tested panels, simply because they aren't actually available any more. But it's fair to say that if a panel performed particularly well in our test, you could reasonably expect a good result from any higher-yielding panel that replaced it. We have another test in progress and new panels from many of the same brands are included.

The actual technology that the solar panels use hasn't changed dramatically in the past few years; the trend is more about increasing efficiency and a general reduction in price per watt.

While the tested solar panels all have a 25-year performance warranty (which is typical for these products) their performance is expected to degrade over time. Most warranties state that the panel will still be producing at least 80% of its claimed power output after 25 years. Our test did show that output degraded a little over 12 months for most of the panels on test, but within the expected amount.

You might be more surprised about another aspect that our test demonstrated: the panels perform better in winter than you might expect. Because solar panels use sunlight to produce electricity, you'd think that summer would be their most productive season. Well, it is, but mainly due to the longer days and therefore the more hours of sunlight. The actual efficiency of the panels usually drops in summer as they get warmer. This is due to the physics of the photovoltaic effect. So you'll sometimes get less power from the panels on a very hot day than on a mild day (and remember, even on a 25°C day, your rooftop panels could be operating at well above 40°C). Solar panel power ratings are based on standard conditions (25°C panel temperature). Nevertheless, the drop in efficiency is more than offset by the longer sunny days, so overall the panels will usually produce more electricity in summer than in other seasons.

When we calculated the 'average power outdoor' we effectively normalised all results to a fixed irradiance of 1000W/m2 (see Getting technical, below). Irradiance is, in simple terms, the amount of light falling on the panel per unit area. We did this to provide a number that looked like the numbers people are used to seeing (a real average would have included hours near sunrise, sunset and night time, so would have been low and somewhat meaningless). The upshot of the normalisation is that it removes the seasonal variations in irradiance. That leaves the seasonal variances in temperature, spectrum and angle, and it's these factors that are responsible for the apparently better performance in winter.

Our normalised results after the full 12 months in the field showed that the average power output, or yield, across all the panels increased by about 2%, when compared to the yield over the first three months only (October 2015 through January 2016, which is most of the summer season). The largest increase was 3.69% (Simax), and the smallest 0.65% (Canadian).

Electrical power is measured in watts (W) and always represents power at a particular point in time. Naturally, as the sun's position changes throughout the day, the amount of sunlight that strikes the panel changes, and so the output of the solar panel changes too. The measured average outdoor power in our review is the average power output from that panel over the stated time period, but corrected as though the solar irradiance was at the standard value of 1000 W/m2 all the time. This might seem complicated, but it provides a useful way to compare the performance of the panel outdoors with its performance in the lab – noting that measurements in the lab are all performed at the standard irradiance of 1000 W/m2.

Typical irradiance levels outdoors range from zero (at night) to a few hundred W/m2 (on an overcast day) to over 1100 W/m2 for panels facing the sun at noon on a clear day.

You may notice that the 'average power outdoors' in our review is lower than the advertised power rating for the panel. This is because the label ratings are performed in the laboratory with the solar panel kept at 25°C. This is done for the purpose of standardisation, since one panel may perform differently to another at different temperatures outdoors. When the irradiance hits 1000 W/m2 outdoors, the panel temperature is typically 20-30°C above the ambient temperature, depending on the installation type (rooftop, field etc). This means panels can exceed 60°C in some parts of Australia, or even higher in extreme cases.

And while the solar panel temperature is the second most important factor in determining its output power (after the irradiance), there are other factors too. The angle of the sun in the sky has two additional weak, but noticeable effects on the output. The spectrum (colour) of sunlight changes as the sun approaches the horizon – that's why sunsets look orange – and the reflectivity of the solar panels is also greater when the sun is at an oblique angle. These factors combine to make understanding the real output of solar panels in the field rather complicated.

While the 'measured power outdoors' is interesting to compare with the label or claimed nominal power, it doesn't make for a fair comparison between the panels in our test, because some of these have different label ratings to others. To address this we came up with a 'yield per 1000 watts by label' value for each panel. These numbers are then directly comparable, and can be ranked, because they show which panels make the most of the available sunlight in a real operational situation.