Is there a legitimate reason why some shoes cost 12 times as much as others? 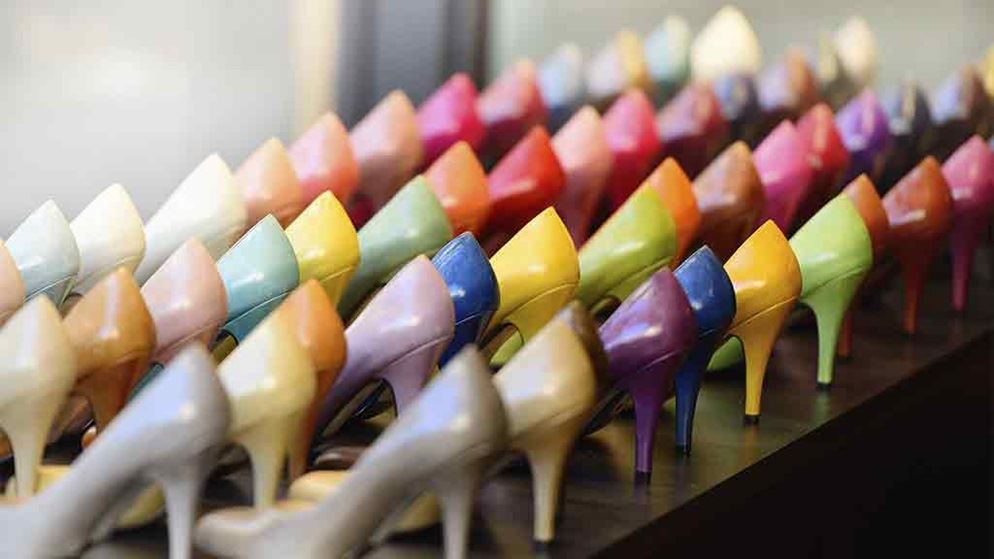 Are pricey shoes really worth the pain?

If you've ever lusted after a pair of designer shoes, you've no doubt come up with a long list of reasons why spending $500 on some to-die-for heels is a good idea. After all, you get what you pay for, right?

In 2008 CHOICE put this theory to the test by shopping for three almost identical pairs of shoes at widely differing prices, then pulling them apart (gasp!) to check the quality.

Pulled apart at the seams

We asked three experts to examine some classic women's heels, all with a mid-level (5-6cm) heel, in a style many women wear on a daily basis.

The Sandler factory in Sydney puts all its footwear through rigorous testing, and invited CHOICE to use its specialised equipment. Our experts pulled the shoes apart to see what they were made of, looking at:

The unexpected result of our pull-apart test was that the Payless shoes were surprisingly well-constructed. They withstood the heel pull-off test and were well bonded together, although our expert panellists noted some stray remnants of adhesive that should have been sanded off.

From a manufacturing point of view, the Nine Wests had the most sophisticated and well-designed construction. The shank of a shoe gives it strength and support, and in this pair the shank combined with a screw to secure the heel, which proved to be the sturdiest construction of the three pairs.

However, the function of the Nine West shoes was sacrificed for fashion – the design of the heel and the slightly upturned toe resulted in a wobbly walk for wearers.The Nine Wests also had more padding in their heels than the others, but they might have needed it to boost stability.

The Anne Kleins' construction was solid, but not markedly superior to the others.

The Payless shoes were entirely synthetic, and once you damage the vinyl, there's nothing you can do to repair them. The leather of the Nine Wests and Anne Kleins can be maintained with shoe polish.

The Nine Wests' cow-leather upper had a 'high-shine' finish, which means the leather had been sanded and coated with a layer of polyurethane – similar to the patent leather process.

The Anne Kleins were made of high-quality kid leather that not only looked good but felt soft. Unlike the others, its upper was made of just one piece of leather, with only one seam at the back of the heel. The lining was also kid leather, which our road-testers found very comfortable.

The Anne Kleins were the only pair with leather soles, so they will be the most effective at moderating extremes of hot and cold. Leather soles wear out more quickly than synthetic ones, but on the upside, they can be repaired. The experts thought a half-sole could easily extend the life of these shoes.

While the Anne Kleins and Nine Wests had better padding in their heels than the Payless pair, the experts noted that none of the shoes had sturdy cushioning material such as cork in the toe/ball area. This would make them more comfortable.

The Nine Wests had a more exaggerated toe spring (up-turned toe) than the others, known as a`Turkish-style' toe. This creates a rocker effect, so that the shoe rolls forward to compensate for a lack of flexibility in the sole.

Before we tore the shoes to pieces, a few willing CHOICE women took the three different pairs for a road test around the office.

The heels on the Nine West pair caused the wobbles for our trialists. Our experts weren't surprised, saying that the smaller surface area of the heel and the upturned 'Turkish-style' toe were to blame for this instability. However, seasoned heel fans may not find it a problem. The Anne Kleins and the Payless shoes felt far more stable by comparison.

For both looks and comfort, trialists preferred the way the Anne Klein and Payless toes sat almost flat to the floor, unlike the Nine West's slightly upturned toe.

The Anne Kleins were bit tight in the toe, but their high-quality leather quickly started stretching to fit the wearer. The Nine West and the Payless shoes were roomier in the toe area.

Because the Payless were entirely synthetic, they caused a noticeable problem in the sweaty-foot department.

All three pairs were a size 8, but the Payless were wider and longer than the other two pairs. The Anne Kleins and the Nine Wests were similar in length but the Anne Kleins were also narrower, so felt smaller to some trialists.

We also covered up the labels and asked people to pick which shoe they thought was the most expensive. Surprisingly, most picked the Payless. The sleekness, and the quality and softness of the leather on the Anne Kleins made them a favourite, although wearers confessed they wouldn't be prepared to spend $425.

Our expert panellists thought the range of prices reflected the range in quality: the more expensive the shoes were, the better quality their materials. But in terms of construction and strength, all three pairs were similar.

It's worth keeping in mind that higher heels require slightly more complex engineering – so the difference in construction might be felt more or sooner if you get your four-inch stilettos from, say, Payless instead of Nine West.

Andrew McDonald: Designs and constructs handmade shoes. Andrew makes tailored shoes for any size of foot, and has also created specialised footwear for films such as Mission Impossible 2 and the Star Wars prequels.