Australia lags behind the rest of the world in regulating toxins in our textiles, clothing and footwear. 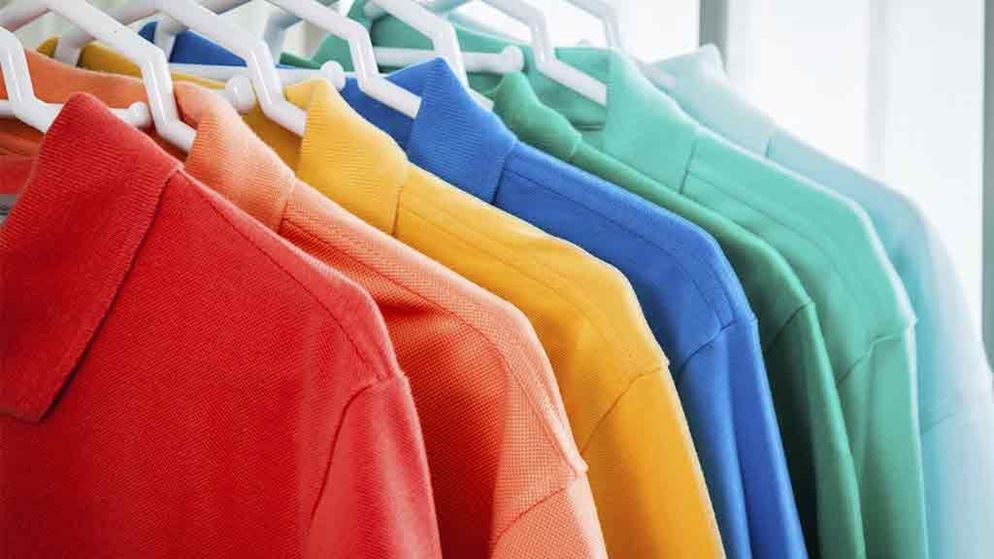 Are you wearing chemical couture?

We're all aware of the toxins in pesticides that make their way to our dinner table, but toxins in our clothing and footwear is also cause for concern. It's not, however, a new problem. A humble pair of woollen underpants bought by a doctor in Adelaide in 1931 landed him in hospital close to death, and later in court. He had worn them without washing them first, and this caused a severe allergic reaction to sulphites in the fabric. The doctor won his case against the manufacturer, and those underpants formed the basis of one of Australia's first consumer law cases.

Today, in stark contrast to a number of other developed countries, little has changed for the better in Australia when it comes to regulating the chemicals in imported textiles, clothing and footwear (TCF). And with more than 90% of the apparel found in our stores imported – and an obsession with what's been nicknamed "fast fashion" – Australian retailers are under pressure to put more product on the shelves, more often. The downside of this demand, many in the textiles industry believe, is product safety – with the safe use of chemicals a particular concern.

In March 2014, the Australian Competition and Consumer Commission (ACCC) recalled two styles of children's jeans from Rivers Australia, one style of kids' jeans and one style of denim shorts from Just Jeans, and a pillow case from Pillow Talk, which may have contained potentially harmful azo dyes.

Independent Senator for South Australia Nick Xenophon has called on the ACCC to block imports of dangerous chemicals in clothing following the recall. The senator also called for an urgent audit of garment and bedding imports, saying, "It's astonishing that there appear to be no laws or rules in place to restrict the importation of products containing azo dyes."

Who's looking out for us?

Regulation of the chemicals in imported textiles sits with the ACCC. NICNAS (National Industrial Chemicals Notification and Assessment Scheme) is the agency responsible for the expert risk assessment and regulation of industrial chemicals.

The ACCC says it has a number of active programs aimed at identifying and assessing emerging hazards (including chemical hazards), which include expanded consumer protection provisions and a mandatory injury-reporting regime that requires suppliers to report product-related incidents where a death or serious illness/injury has occurred.

How does Australia compare?

The current European Union legislation (called EU REACH – Registration, Evaluation, Authorization and Restriction of Chemicals) now requires all TCF brands and retailers selling into the EU market to manage more than 300,000 harmful substances in their products. This program also sets maximum limits for TCF products that come into contact with human skin.

Andreas Schimkus, former senior industry adviser to the Council of Textile and Fashion Industries of Australia's (TFIA), spent four years in Hong Kong supplying footwear to the EU market and says he was shocked by the lack of active regulation in the Australian market when he first arrived here.

"Products that are made in China for the Australian market could not even be sent back to China, as many of them would not meet the Chinese product safety standards but are acceptable here."

Dr Mariann Lloyd-Smith, senior adviser to the National Toxics Network and IPEN (the international public interest NGO on harmful substances), says she has heard about a number of incidents relating to clothing and shoes that can be the result of everything from DMF, formaldehyde and dyes.

Schimkus tells us that the most dangerous way for a toxin to enter the body is not through the digestive system, but through the skin.

"We have strong regulation and monitoring of imported food but we're not even thinking about regulating the levels of chemicals being used in clothing processes such as fabric treatments, dyes and printing or in the creation of synthetic fibres derived from petroleum-based feed stocks."

And although consumer reactions to clothing and footwear aren't rife, there are industry concerns that an issue that shouldn't exist at all, is growing.

According to the ACCC, suppliers of consumer goods are responsible for ensuring they comply with the law and are fit for purpose and safe use. They are obliged to report to the ACCC any serious injuries associated with the use of their products. This enables action to be taken to protect consumers where unsafe goods are identified. However, members of the TFIA project safety group say this isn't enough and that change is required.

Lloyd-Smith believes there needs to be a clear regulatory system that restricts or bans the use of many of the most hazardous chemicals (starting with the industrial ones banned elsewhere) and limits imports of products treated with them.

"Unless the regulations are there, companies chasing profits will not move," she says.

Most Australians consumers are unaware of the potential toxicity to be found in TCF products. The experts we spoke to say the EU approach stands out as the model other countries are adopting to ensure consumers are protected. From an extensive list of restricted substances, there are "substances of very high concern" that the EU regulates more closely as potentially harmful to human health, including:

Other chemicals of concern include:

How are these chemicals disposed?

In Australia, almost 100% of textile waste goes into landfill – even if it makes a quick detour via charities there are concerns potentially harmful substances in dumped textiles may leach into the environment.

Emer Diviney, former manager of Ethical Clothing Australia, argues that with the current regulation, Australia is a fertile ground for dumping substandard product at incredibly low prices. However, the ACCC says it has not uncovered any evidence of dumping unsafe TCF products onto our market.

"There is also no injury data that supports the view that TCF articles available in Australia are less safe than in other markets," says ACCC spokesperson Brent Rebecca.

DMF in chairs and shoes

One chemical of concern commonly used in Australia is dimethyl fumarate (DMF), which is used to prevent mould and moisture in leather goods and can be found in all kinds of leather goods – from furniture to school shoes – usually in the form of a small sachet.

DMF has been found to be an allergic sensitiser at very low concentrations, causing extensive, pronounced eczema that is difficult to treat. In the EU, the use of DMF for consumer products is banned, including in imported products.

DMF gained notoriety overseas due to the so-called "poison chair" incident. A Chinese furniture manufacturer produced sofas with DMF sachets inside to inhibit mould while they were in storage or transport.

In the UK, sofas containing the chemical caused severe injuries to more than 400 people, including 55 small children. By 2010, several retailers were ordered to pay £20m to those who received chemical burns.

Yet in Australia, imported products containing DMF aren't monitored at all.

To highlight this risk, the product safety group headed up by TFIA recently bought 13 pairs of shoes from a department store in Melbourne and sent them for testing for DMF at the CSIRO.

Three pairs contained levels far higher than what's considered acceptable. One of these pairs was a popular brand of children's school shoes. According to Schimkus, this small sample shows how common the problem is.

"It's not like we bought hundreds of pairs of shoes – we went out in one day and bought a small sample and the results speak for themselves."

"This isn't an acceptable outcome," adds Lloyd-Smith. "This testing is a real alarm bell."

Our experts suggest that you:

If you do have concerns about a reaction or an injury from clothing or footwear, you can lodge a complaint with the ACCC on their website or on 1300 303 609.

The Council of Textile and Fashion Industries of Australia (TFIA) is keen to hear about any experiences consumers have had with chemicals in clothing or footwear – email info@tfia.com.au.

A Victorian woman bought a pair of canvas and rubber ballet-style shoes from a large shopping centre in Melbourne. After she wore them in the rain she developed what appeared to be chemical burns on her feet where the shoes had made contact.

After being put in contact with Monash University she was shown photos of other people who'd had a similar reaction to the same brand of shoes.

It's believed the shoes were treated with a chemical that is used as a fungicide and rubber accelerator – which was easily released when the shoes got wet.

A Sydney mum bought a new school T-shirt for her 10-year-old son from the school uniform shop. He put it on and headed off to school.

She says that by early afternoon he had a lump on his neck, and not long after that his entire back was covered in hives.

By the time he arrived home in the evening his mother was shocked to discover he had hives all over his body – what she describes as "clumps and welts" – and some were as big as his hand.

He and his mother believe they were directly caused by wearing the new shirt without washing it first.

Lynette, a long time CHOICE member, contacted us after buying a pair of new bowling shoes recently. She says after wearing them for just a few hours she was in great discomfort and had trouble walking. She says that her feet felt like they were burning and that they looked that way when she took the shoes off. She says she hasn't worn the shoes again and that her feet are still recovering.

Lynette contacted the supplier and was told they hadn't heard of any similar issues with the shoes. Since then she has been at a loss as to what to do. After reading this article she has now contacted the ACCC to lodge a complaint.