Strata insurance may not pay off if your building is defective. 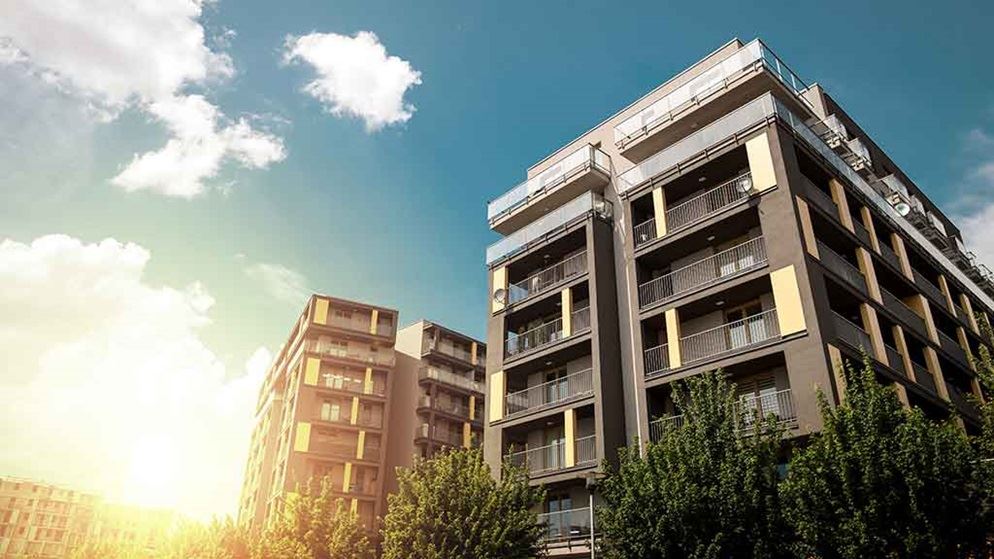 Strata insurance doesn't seem to be delivering as intended for more than a few apartment owners.

In the 12 months between July 2015 and July 2016, strata insurance claims went up 42% to 58,326 and denied claims jumped 244% to 1722, according to the General Insurance Code Governance Committee, an independent group that monitors how well the industry observes its code of practice.

Claims that were lodged and then withdrawn also spiked, going up 162% to 704. Disputes lodged with insurers about denied claims rose 87% to 284.

Why all the claims rejections for this particular type of insurance? It could be that the buildings in question weren't up to code, in which case insurers will generally knock back claims on the grounds that they won't pay for building defects.

In one well-publicised case in Western Sydney in 2016, the owner's corporation (also known as the body corporate) faced a $2.6 million repair bill after a roof blew off an apartment block in a storm and the construction was deemed defective by insurer AIG.

It's a bit like a preexisting condition with health, travel or life insurance: insurers won't cover you for something that's already broken.

And as the building boom continues, there appear to be plenty of broken buildings out there.

What is strata insurance?

On a residential strata plan, strata insurance covers the basic infrastructure in shared areas such as foyers, including stairs, passageways, driveways, pathways, windows, walls, and ceilings as well as lifts, wiring, fences, gardens and liability for personal injury.

The insurance policy is issued to owners' corporations, also known as body corporates, made up of individual unit owners, who are technically third-party beneficiaries of any claims payouts.

It's not specifically listed as a retail insurance product (along with products like home, car and travel insurance) in the current general insurance code of practice or the Corporations Act 2001, but the General Insurance Code Governance Committee believes it should be classified as a home insurance product along with standard home and contents insurance since it's designed to protect individual consumers.

There were 223,053 active strata insurance policies in Australia as of March 2017.

As CHOICE has previously reported, 85% of apartments built in NSW since 2000 have defects in construction, materials or design, according to a 2012 study by the UNSW City Futures Research Centre. Leaks and water damage are by far the biggest problems. In NSW, owner's corporations are required to have at least $20m in liability cover.

The link between claims rejections and building defects is only a theory at this point, since there is no definitive 2015–16 data as of yet on how many of the rejected claims were due to shoddy construction.

And to be fair, the claims acceptance rate for residential strata insurance in 2015–16 was 97%, the second highest among general insurance products (which include home, car and travel insurance).

But it's also fair to say that those in the three percent bracket are feeling the pain. The General Insurance Code Governance Committee says it's going to ask insurers for the reasons behind so many knock-backs and include the data in a future report.

In the meantime, we took a look ourselves.

The industry weighs in

The Insurance Council of Australia (ICA), which represents the interests of insurance companies, told us that better information may be what's behind the recent uptick in denied claims across general insurance products, including strata insurance, as recorded in the General Insurance Code Governance Committee's 2015–16 report.

The spokesperson added that the report will be examined as part of the ICA's Review of the General Insurance Code of Practice, which was launched in February this year.

"The review team will consider whether any amendments to the Code are required in response to the Code Governance Committee's findings. By improving consumers' understanding of insurance and their ability to make informed purchasing decisions, the ICA hopes to reduce the numbers of withdrawn and declined claims, and disputes, in coming years."

Enhanced data collection and reporting may be what's behind the sharp increase in claims denials, but if so it looks like the new methodologies have benefitted insurers at the expense of policyholders.

A word from IAG

"We regularly receive claims where a known building defect is found to be the cause," an IAG spokesperson told us. "The cause of these claims will fall outside the scope of the strata insurance coverage as with most property insurance policies. However, we will seek to indemnify the insured for any resultant damage.

"Strata claims lodged by our customers can range in issue from defective waterproofing, inadequate design of balconies and insufficient maintenance of roofs, downpipes and drains. Around 15% of our strata claims disputes are related to decisions regarding building defects or faulty workmanship."

For IAG, the main causes of claims relating to defect or maintenance issues are:

"We encourage strata managers to take immediate remedial action when they become aware of building maintenance or defective issues," the spokesperson said. "This will help to mitigate the risk that those insured under a strata policy could be exposed to a loss that falls outside the scope of the insurance coverage."

According to Tony Vatner, managing director of BAC Insurance Brokers (BAC), owners will almost always be left in the lurch if they make a claim about an issue caused by a building defect. BAC is the largest strata insurance broker in NSW and has arranged strata insurance for about 60% of the large residential buildings in Sydney, Vatner says.

"The reality is that all insurance policies have a defects exclusion and therefore defects claims are generally not covered by your insurance policy," Vatner says. "Insurance companies assume the building was properly built."

The liability then falls on the owner's corporation, which would also be liable for any personal injury resulting from a defect.

But you can still insure a defective building. Under duty of disclosure rules, the owner's corporation has an obligation to disclose any known defects when applying for insurance, at which point the insurer will either decline to insure the building or accept the risk and set premiums and terms and conditions accordingly.

Some insurers will give owner's corporations a fixed period of time to get a defect corrected, and insure the building with certain restrictions until it's done.

And if a defect was unknown to the owner's corporation and therefore not disclosed, the insurer will generally pay for damage caused by the defect but not to have the defect fixed.

It's a broker's job to get a fair deal for the owner's corporation when defects are disclosed, but that's not always easy, Vatner says.

"It's all about managing the duty of disclosure when it comes to defects, as this duty is the foundation of all insurance polices. But a lot of insurance companies just don't have the staff and experience to handle complex defects reports and will prefer to decline to offer insurance altogether."

Does the exclusion apply?

The Financial Ombudsman Service (FOS), which handles complaints against insurance companies that aren't resolved by the companies themselves, told us that only about one percent of the domestic building insurance disputes it dealt with in 2015–16 were about strata insurance, and most of the disputes had to do with claims.