Thinking of purchasing an apartment or unit? Make sure you know what you're buying into. 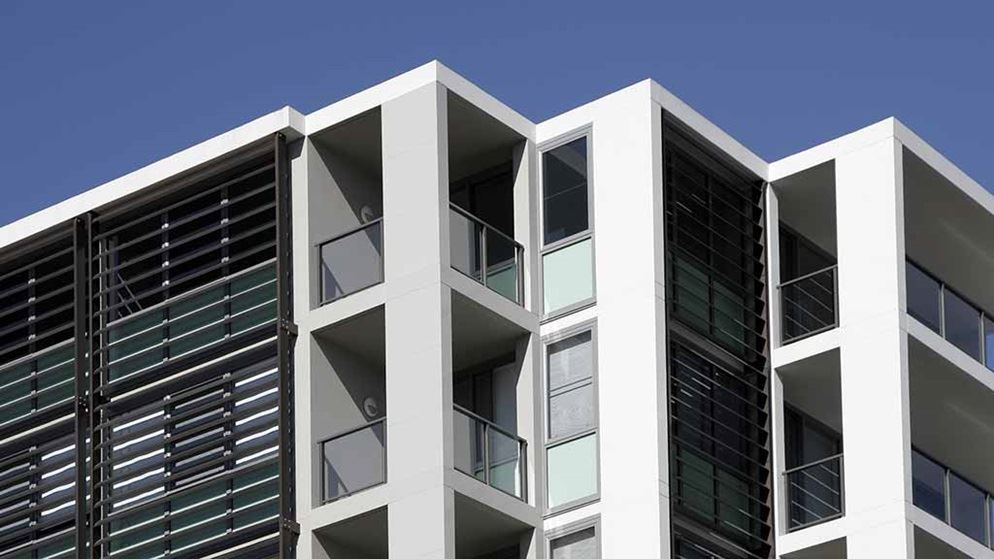 What to watch out for

Our cities are growing at a rapid rate. Apartments account for a large part of this, with strata being the fastest growing form of residential property ownership in Australia. Hot property markets in our capital cities will see a forecast 162,650 new apartments hit the Australian market over the next three years, according to market researcher BIS Shrapnel.

For those looking to purchase their first apartment, this may be welcome news. But it may also raise concern due to an alarmingly high number of apartment blocks with building defects. "It's just rife," says Karen Stiles, executive officer of the Owners Corporation Network (OCN).

Research conducted by the UNSW City Futures Research Centre in 2012 found that 72% of apartment blocks in NSW had defects, as reported by owners. For newer units, the likelihood of defects is even higher – 85% of apartments built since 2000 have defects. And these statistics are indicative of the story of building defects all down the eastern seaboard, says Stiles.

Thinking about home loans? Find out what you need to know about using mortgage brokers before you jump in.

We'll take you through:

To be clear, these defects aren't maintenance or repair issues. These are problems which wouldn't have arisen if it weren't for subpar construction, materials or design. Building defects, according to the UNSW study authors, may exist at the construction phase, but they can also arise later in the building's life, triggered by faults in the original construction or design.

Nevertheless, it's often owners who end up having to foot the bill for these defects, potentially adding huge rectification costs to the price of an already hefty purchase.

For example, take the owners in the Lacrosse apartment complex in Melbourne, who towards the end of 2015 were told they had to foot a $20 million bill (roughly $40,000 per owner) to rectify the building's illegal and highly flammable cladding. The builder has since offered to install sprinklers on the façade of the building. If the owners don't accept this offer, they face an expensive legal battle to recoup the costs of rectification.

Then there's the case of the apartment block in Lidcombe, Sydney – developed by the former Auburn mayor, Ronney Oueik – which suffered $2.6 million worth of storm damage when its roof came off. However, the insurance company is refusing to cover the cost because the damage was a result of defective construction which didn't meet the Building Code of Australia.

While not all cases are as high profile as these two, other such stories are common.

There are many defects that could exist in an apartment block; however, the most common problems with modern apartment blocks relate to inadequate or defective waterproofing and water ingress.

Most common defects reported by owners in apartment blocks

Part of the problem for consumers looking to buy an apartment is that many defects can be difficult or impossible to detect, and the consequences of a defect can often take years to become apparent. James Freestun, the senior vice president of Strata Community Australia's Queensland branch, gives an example of a case where the building's tiling had been done without a waterproof membrane. ("It leaked like a sieve," he says.) Such problems would be impossible to detect on inspection.

Not only is it unfair that homeowners should be paying for someone else's mistakes, it's far cheaper to construct a property correctly the first time rather than to repair it after the fact. Stiles says that while it only costs around $300 to waterproof the average bathroom properly, OCN members have reported that rectifying a failed waterproofing membrane can cost around $15,000. And that's not even counting the cost of expert reports and any legal fees.

So why has building quality declined?

According to Freestun, the quality of building work fluctuates depending on how busy the industry is. It's the simple rule of supply and demand. Apartments are sold off the plan for a set price, but by the time the developer gets to the construction phase, tradespeople can be difficult to come by and the cost of supplies may have gone up. "Last year, the average unit build price went up by $35–40,000," says Freestun. Corners can get cut as the developer looks for ways to save money, he explains.

Building defects are also linked to regulatory settings and the rise of a "strange new breed of developer", says Dr Jonathan Drane, an expert in property construction. Drane believes problems are more or less isolated to these new and inexperienced entrants to the market, who may set up shop just to do a one-off project.

These types of developers have flourished because it's not exactly hard to enter the market. "Anyone can be a developer," he says. "For buildings over three stories, the barriers to entry are low – it's largely unregulated and a license isn't required."

This lawlessness, coupled with a move to private building certifiers chosen by the developer, has created the perfect storm for the unscrupulous developer to flourish, says Drane. "If you're a dodgy developer, you can get someone to certify your building," he says.

To add to the potential problems, supervision on the building site is not what it once was. These days, "certifiers rarely check things, they rely on certificates", Freestun says.

Who's responsible for the cost of defects?

The responsibility for having defects repaired ultimately lies with the owners' corporation for common property, though they may not necessarily have to pay for it. When purchasing a property off the plan, you technically have rights under Australian Consumer Law, but there's no guarantee of a happy ending.

Some owners' corporations may be successful seeking a remedy through the developer; however, the UNSW research paper found that only 49% of those with problems had them fixed by the developer.

So what about the other half? Usually in these situations, the developer had either shut up shop (it's reasonably common for developers to use a single project company to manage the development), or was delaying rectifying the defects.

The rules vary somewhat from state to state, but some owners' corporations may be able to seek financial recourse through the various warranty schemes that exist, such as domestic building insurance and the Home Building Compensation Fund. Not all owners will be able to access these – for example, in NSW, new buildings over three stories aren't covered at all. And even for those that can access it, as we've pointed out before, claiming through such a scheme may not be easy – it can be lengthy and expensive with no guarantee of success.

With no other avenues of recourse it will ultimately be apartment owners who carry the cost, either through inaction or through special levies.

However, the big cost to the consumer is that of inaction. "If there's a problem with a building it needs to be dealt with early. Defects can be cosmetic but if it's not fixed it can become a major problem," he says.

The upshot of all of this? "It'll have a greater impact on strata levies," explains Drane. Rather than shortening a building's lifespan it's more likely to result in the systemic increase in repair and rectification costs for owners' corporations over time.

What can I do to avoid buying an apartment with defects?

Do your due diligence and ensure the apartment you buy is free from defects in the first place – it's far better than having to rectify them after the fact.

Buying off the plan?

Buying off the plan is a risky undertaking and you'll want to do your research. The OCN has some useful resources on its website for what to look out for.

Buying in an established block?