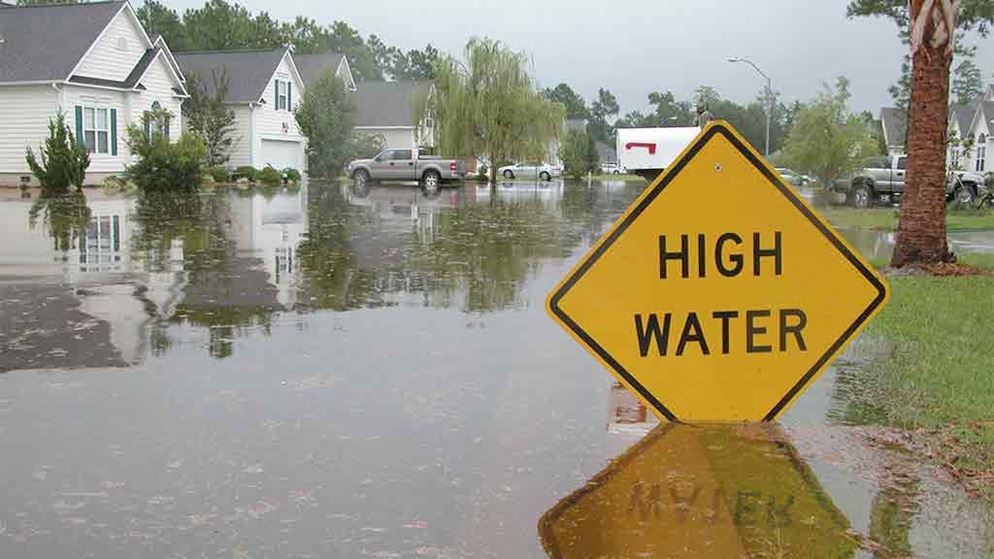 It's never good when your home and contents insurance policy - one of your most important pieces of consumer protection - suddenly becomes unaffordable.

Since late 2011, CHOICE members and other consumers have been weighing in with hair-raising stories of premium hikes for home and contents insurance, mainly due to the addition of flood cover.

Letterbombs continue to arrive in the mail in the form of shocker renewal notices. One member saw their premium jump from $650 to $3767 a year in an area where flood mapping shows a 1-in-100 year flood risk. In another case, a member's cover costs had doubled in a similarly low-risk area in Goulburn Valley, Victoria. Another premium went from $850 to $4000.

The kicker is that policyholders haven't been given a chance to opt out of flood cover.

In cyclone-prone areas of Far North Queensland, consumer advocates we've spoken to say the situation amounts to "market failure" for the insurance industry.

A CHOICE survey of 1435 home and contents policyholders at a national level backs up the contention that insurance companies have been using the flood cover issue as a pretext to raise revenue, get rid of customers, or both.

"As a veteran of 37 years in this industry I love, I am appalled at what is going on," one broker told us. "A 'take it or leave it' mentality is happening with insurers, who are purposely pricing themselves out of certain postcodes, namely potential flood and water-damage claims, so that they can keep the 'good' clients and dispense with the ones who may cost them in the future."

More and more consumers are forgoing household insurance altogether due to rising costs, according to Roy Morgan research released in 2012.

We contacted the Insurance Council of Australia (ICA) when we caught wind of this phenomenon and were told the sharp increase are the results of a wholesale reassessment of risk and an effort to renew the industry's capital reserves after one of the worst years on record and a resulting bad business outlook for the industry.

With eight officially declared catastrophes in Australia in 2011, the industry was expected to pay out more than $4.9 billion when the numbers are finalised - compared with $2.1 billion in 2010, an ICA spokesperson told us.

"The costs of natural disasters will inevitably have an effect on insurance premiums as companies adjust their pricing to take account of individual risk levels and increasing costs of reinsurance. The size of any premium change will depend on the insurer."

How about those profits?

An increase in premiums because of an increase in risk may sound reasonable, but apparently the addition of flood cover is not the only reason for the doubling or tripling of premiums. According to the ICA, it's also related to the industry's reshaping of risk assessment and attention to profit margins, irrespective of whether particular homes are at risk.

The ICA spokesperson also dismissed the idea of a 1-in-100 year risk and said flood mapping by itself was not a conclusive indicator.

The insurance industry can't get its story straight when it comes to explaining the sharp premium increases. Mandatory flood cover is the pretext, but companies have been cagey about how they've determined the risk. Worse, it's not clear that risk has anything to do with it. The explanation, it seems, is "just trust us!".

If companies have been using new techniques to assess risk, they haven't filled policyholders in on the methodology. An executive manager at one major insurer told us some companies were using Google Maps - hardly a precision tool for predicting water flow.

Insurance companies gave CHOICE a strikingly different take on premium increases compared to the consumers we've heard from. In some instances, the accounts of policyholders flatly contradict the version of events put forth by insurers. In addition to risk, NRMA, AAMI, Apia and RACV all cited the rising costs of reinsurance as an additional driver of premium increases.

The ICA has suggested policyholders don't have a right to know which assessment methods may have been used or whether they were fairly applied. "Insurers base their pricing on factors and data each company deems appropriate," the spokesperson said. The lack of transparency isn't much help to current or future homeowners, since any new risk information dug up by insurers is not passed on to homeowners, local governments, or the even insurance industry's National Flood Information Database (NFID).

NRMA told us "the data we use is very complex, and we overlay different types to give us a complete picture of the risk. For this reason we do not share our data." CGU was blunter, claiming that "to protect the integrity of our investment we do not place this information into the public forum as we do consider it commercial-in-confidence". AAMI and Apia maintained they share such information selectively.

The ICA confirmed that the NFID is limited to publicly available information from local and state governments and "insurer-owned data" is not shared. Such opacity runs counter to the ICA's call for greater data sharing, an appeal that appears to be a one-way street. "If a consumer has evidence their property may have been incorrectly assessed and is in a low-risk flood or fire area, they are encouraged to present this information to their insurer," the ICA said.

CHOICE conducted a survey of 1435 home-and-contents customers at a national level in November 2012. The results are overwhelmingly consistent with what we've heard from consumers.

CHOICE and the ICA see eye-to-eye on one key point – consumers can and should exercise their freedom to terminate their relationship with their current insurer in favour of a better deal if the premiums they're being asked to pay don't make sense for their particular circumstances - though homeowners at genuine risk of flood should always make sure they are properly covered.