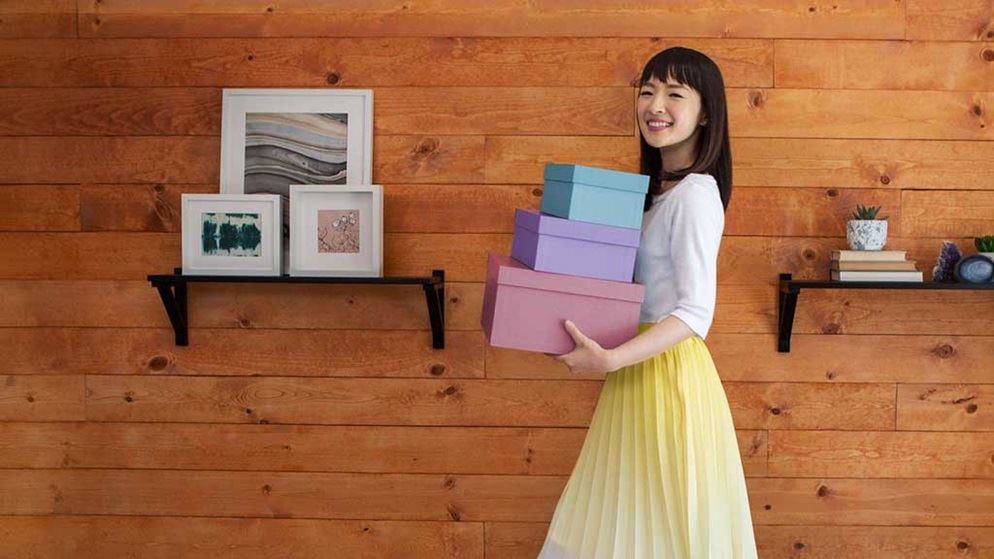 Sparking joy at the source

Penny Flanagan suggests we take a little Kondo consciousness with us when we shop.

It's no secret that we all have too much stuff.

I recently did an audit of throw cushions and scented candles and the resulting data revealed an unhealthy obsession with both. The candle thing was particularly odd, given we are deep into the age of electricity.

The Western world's obsession with stuff has been highlighted recently by the global popularity of Marie Kondo's book, The Life-Changing Magic of Tidying Up. The book has now spawned a popular Netflix series, Tidying up with Marie Kondo.

Kondo's methods make perfect sense, they're simple to implement and they come with a nice side-serving of mindfulness.

(Probably because Eastern philosophies invented what we call 'mindfulness' way before we even tried to put a name to the idea of being present in each moment.)

The KonMari process of tidying up begins with kneeling down to 'thank' your house for its service in sheltering you, before commencing what my mother would traditionally call 'a giant chuck-out'.

In this way, Kondo transforms the mundane and mindless chuck-out into a near-religious ritual, the end point of which is figuring out what 'sparks joy' in your life.

Kondo's principles are based in Shintoism and the idea that the kami, or the sacred, exists in everything – even your old clothes, books and clutter.

And so before throwing them out, you should 'address' the kami within, speak to it, thank it for its service and then 'send it on its way'.

And therein lies the rub.

Who's going to take our stuff?

I'm all for the KonMari vibe of de-cluttering my home, but where on earth am I supposed to send this stuff? Is there a Shinto version of hell that receives all the crap we throw away in our KonMari tidy up sessions?

I don't know if it's the Kondo-effect, but my local op shop recently posted this sign in the window: 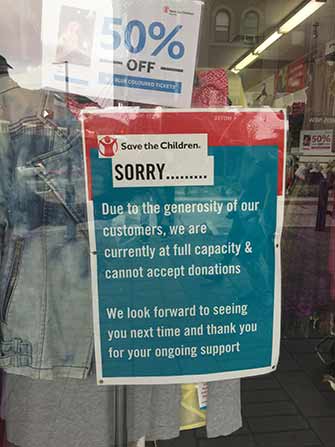 Charity shops are overwhelmed by our 'generosity'.

As I watched the first episode of Tidying Up With Marie Kondo – charmed by Kondo, who skips around like the Tinkerbell of tidying – I was unduly distracted by the multiple black garbage bags piling up in the family's garage as the tidy up pressed on.

All I could think was, where are they going to take it all? To the tip? To Vinnies? What charity shop will accept that amount of other people's stuff?

KonMari at the counter

In this way, the KonMari method begins to look a little bit like an enormous quasi-religious buck-pass: all your crap gets passed on to its 'next life' where it can become someone else's problem – the local op shop's, the council tip's, or the currently-stuffed-full-of-landfill Earth's.

Which is why I think it should be tweaked. By all means, do the tidy up, tackle your clutter, but from then on, attack the problem at the source.

I'd like to see people standing in clothing stores, hugging items to their chests and doing the 'spark joy' test before they buy another polyester-blend shirt with a 'fun for five minutes' print on it. 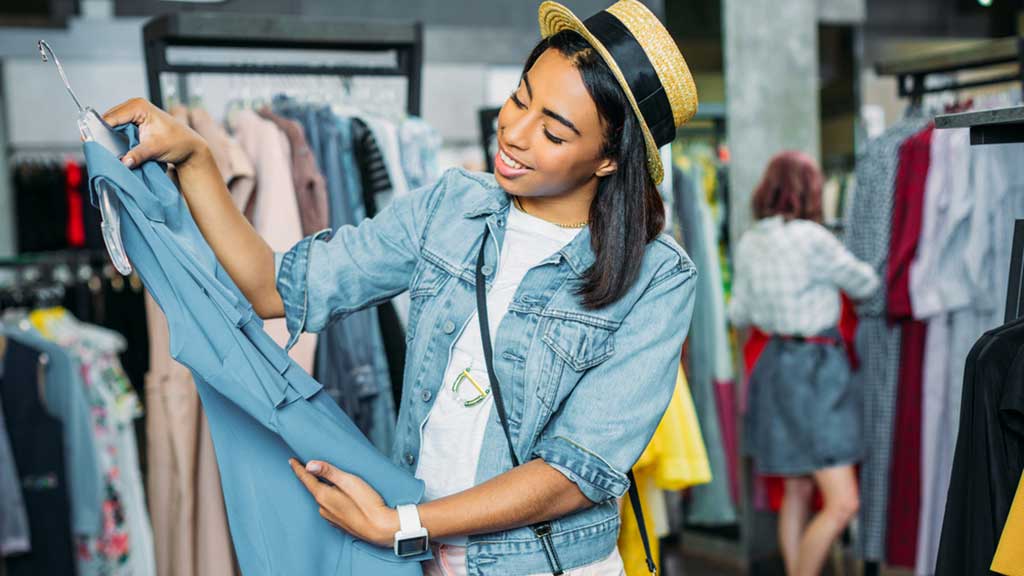 "We should be performing these rituals as we're about to mindlessly buy all this stuff we don't need."

I'd like to see people tapping books awake in bookshops to determine whether that 'so hot right now' biography of a cricket WAG, lifestyle guru or wellness expert is actually just full of faffy word-stuffing. (Spoiler alert: it is.)

In which case, leave that book right on the shelf where it belongs. There ain't no joy in that floofy prose.

I also think we should be made to hug and sniff every rotting item in our vegetable crisper as punishment for buying more food than we'll eat in a week.

And finally, I'd like to see us all placing our palms thoughtfully on the flat-packed Billy bookcase in Aisle 4, Area 14 of Ikea.

Then we should close our eyes and visualise the process of putting it together, followed by visualising the way the plywood back panel will eventually buckle and not fit into its slots.

We should then thank the flatpack for teaching us to buy assembled furniture from now on, and keep walking – out of the shop.

To be fair, I think Kondo's wider philosophy is to only buy and accumulate things that spark real joy. Unfortunately, the Western world's myopic focus has landed squarely on the tidying up part.

So if this is Kondo's philosophical point, she should really be dispatched into shopping malls on weekends, bailing up people at the Kmart checkout before they buy more faux-Scandi homewares – or scented candles and throw cushions.