We compare the health stats for gourmet burgers from Grill'd and Burger Edge with a McDonald's Big Mac. 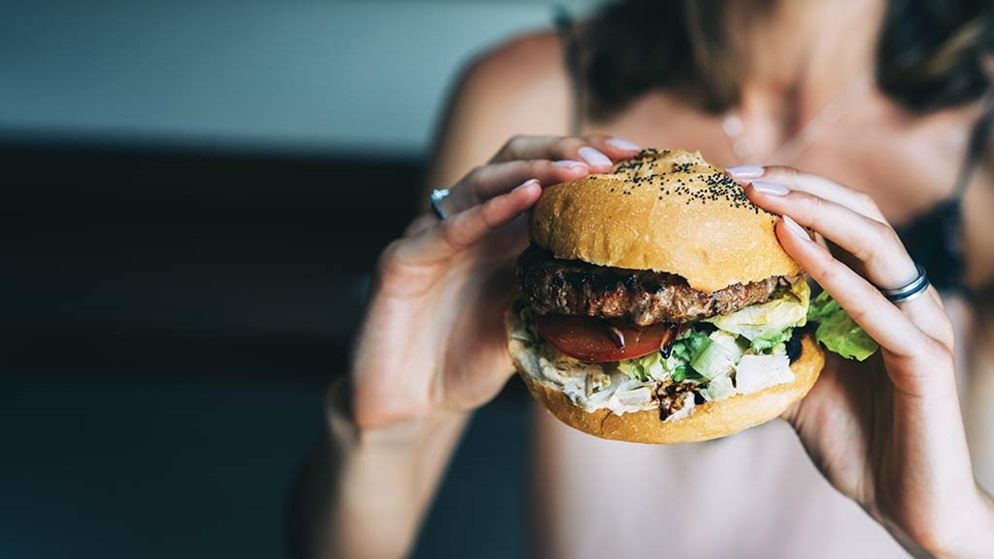 We looked at 40 burgers from gourmet burger chains Burger Edge and Grill'd, and compared their nutrition information with that of standard offerings from burger giants McDonald's and Hungry Jack's. Here's what we found.

Gourmet burgers are usually promoted as having quality, indulgent ingredients and being super tasty. But we've noticed some chains championing their gourmet burgers as "healthy", too. "Healthy burgers" is the slogan used by Grill'd on its store signage, for example, and its website says it has the "tastiest healthy burgers going around". Burger Edge claims its inspiration was "driven by a growing shift in casual diners wanting a fast, healthy and value for money burger".

We're told that many people are choosing to buy from gourmet burger chains in the belief that the offerings are better for them. And with 63% of Australian adults overweight or obese a switch to healthier food options should be encouraged. But do the burgers live up to their "healthy" reputation?


You might expect that with all those premium, fresh ingredients, most gourmet burgers would compare favourably to a Big Mac, which isn't exactly the poster child for health food. Certainly Grill'd claims its burgers have 'no nasties' (including no preservatives in its buns, and no artificial preservatives in its dressings), whereas a range of additives are included in the ingredients lists of burgers from McDonald's. But we found that all of the gourmet beef burgers we looked at (and most of the chicken and veggie burgers too) had more kilojoules than a Big Mac, and many weren't shy with the saturated fat and salt either.

Of the 40 gourmet burgers analysed, 31 had more kilojoules than a Big Mac (2180kJ). Topping the kilojoule charts were The Mighty* (lowcarb bun, 3508kJ) from Grill'd and The Okker (wholemeal bun, 3500kJ) from Burger Edge, both beating the Big Mac by more than 40%.

The reason for this is pretty simple. The gourmet burgers are bigger (385g for The Mighty and a whopping 515g for The Okker, compared with Big Mac's 216g). And while the added bacon may be 'crispy trim' and the egg 'free range', the inclusion of these ingredients along with cheese and mayo/aioli inevitably contributes to kilojoule creep.

If you were to pick a healthier burger from the menu, you might automatically gravitate to the vegetarian options. But even the gourmet veggie burgers – seven of 10 gourmet veggie burgers we analysed – can be more calorific than a Big Mac. Sure the veggie components are healthy, but that's before you add cheese, mayo or aioli which bump up the kilojoule content of the burger overall.

Another simple mistake is to equate 'low carb' with 'low kilojoules'. Grill'd offers a Low Carb SuperBun which you can order for any of your burgers. It's free from gluten and dairy, which is great for people who need to avoid those ingredients or if low carb is a priority for you. But the low-carb bun is made with egg, almond meal and coconut cream, and as a result has more kilojoules than the traditional bun.

The burgers with highest fat

Almost two-thirds of the gourmet burgers analysed had more fat than a Big Mac (28.6g), and some contained startling amounts of artery-clogging saturated fat.

Because a higher intake is thought to be associated with an increased risk of heart disease, it's recommended that we limit our daily energy intake from saturated fat to 10% – which, if you're an average Australian adult with a daily energy intake of 8700kJ, means capping your daily saturated fat intake at 23g. Grill'd The Mighty (low-carb bun) manages to fit 19.9g in a single burger (a Big Mac has 11.3g).

A smaller proportion of gourmet veggie burgers and chicken burgers were high in saturated fat compared with the beef burgers, with some notable exceptions – the Grill'd Caesar's Palace chicken burger (low-carb bun), for example, has 16.6g, 72% of the daily limit.

If you're not worrying about your weight, you should still spare a thought for your heart when contemplating chowing down on a gourmet burger.

It's suggested that we limit our daily intake of sodium to 1600mg (the suggested dietary target, or SDT) in order to maintain optimal blood pressure over our lifetime and in doing so reduce the risk of stroke and heart disease.  And 2300mg of sodium is the maximum we should be consuming in a day.

The Burger Edge Meat Lovers and Okker beef burgers were the saltiest, with both burgers exceeding 2300mg – the wholemeal versions of each have 118% and 104% of this upper limit respectively. This makes sense once you learn that their ingredients include several different processed meats, which are notorious for containing high levels of sodium.

Watch out for sugars too

Sugar isn't something you might normally associate with a burger, but can be something to watch out for – particularly if the burger comes with generous dollops of sauce, chutney or relish.

The Burger Edge Okker (white/wholemeal bun), for example, tips the scales at 21g sugars – that's more than 5 teaspoons of sugar per burger. Its ingredients include canned pineapple and tomato sauce, which would both contribute to this total.

If you're looking for that boutique taste but with fewer nutritional nasties, the following gourmet burgers from Burger Edge and Grill'd contribute less than a third of the average daily energy intake and recommended saturated fat limit – sensible if it's for just one of three meals you'll eat in a day – and less than three-quarters of the SDT for sodium.

If your priority is taste, or the provenance, quality and freshness of the ingredients, then a gourmet burger might be just what you're after. Just don't assume it'll be good for you too.
On the whole, fast food burgers (gourmet or otherwise) have a tendency to be high in kilojoules, fat and salt, so consider skipping the soft drinks and sides when you're ordering one for a meal.

How we assessed the burgers

We looked at a selection of burgers on the menu of gourmet burger chains. We focused on chains that make a claim that their burgers are healthy, and have outlets in at least four states. For each chain, we included the first beef, chicken and veggie burgers listed on the menu, the lowest and highest kJ option for each burger type and any options promoted as "healthy" or that gave the impression they were better for you. Menu items such as sliders, wraps, sandwiches and burgers with no buns were excluded from our analysis. All nutrition information was obtained from the companies' websites. Thanks to Alison McAleese at LiveLighter for collecting the data and assisting with the analysis.

We looked at 40 burgers from gourmet burger chains Burger Edge and Grill'd, and compared their nutrition information with that of standard offerings from burger giants McDonald's and Hungry Jack's. We've listed them below in order of kilojoule content (highest to lowest). To order by another criteria, simply click on the column headings.

* The average Australian adult consumes about 8700kJ a day.

*** SDT = suggested dietary target. It's recommended that we limit our daily intake of sodium to 1600mg to help reduce risk of stroke and heart disease. 2300mg is the upper limit/maximum we should be consuming in a day.