We compare the so-called 'healthy options' at the major fast food chains. 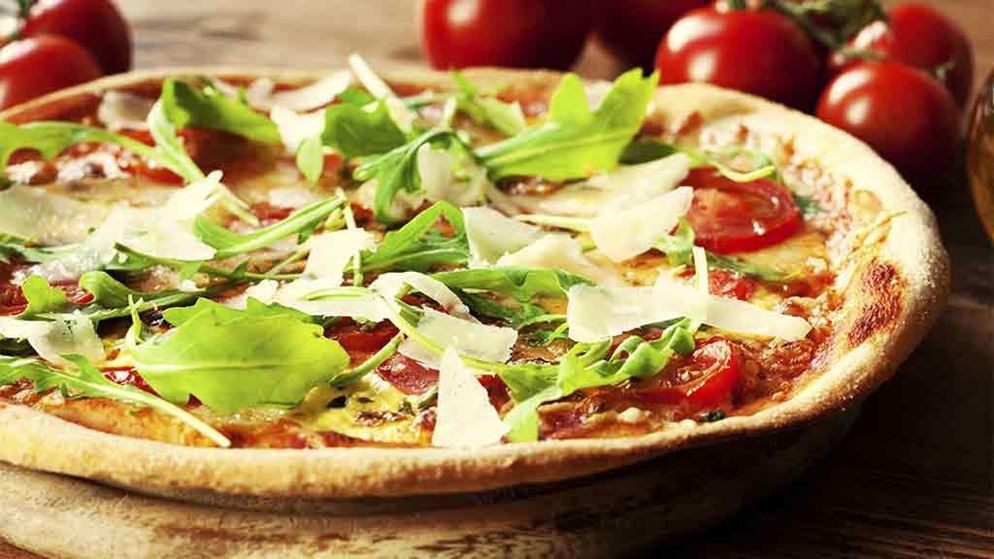 How healthy is vegetarian fast food?

It's simple to eat healthy food at home, but what are your chances when eating out? If you're vegetarian – or just want to reduce your meat intake and choose healthier food when you're out and about – what are you faced with at the big fast food chains?

For starters, don't make the mistake of assuming the veggie meal will be the healthiest option on the menu – or even that it'll be suitable for vegetarians. Some of the big name chains don't even give vegos a look-in on the menu, and when they do, the options are often limited.

We give you the lowdown on:

Cheese as a kind of meat: the problem with protein

Fast food chains are often guilty of creating a vegetarian meal by simply replacing the meat protein component of the dish with cheese. The result can be tasty, but it also bumps up both the salt and saturated fat content of the meal.

Pizzas are prime examples. Eating just one slice can contribute a sizeable chunk to the maximum recommended intake of both salt and saturated fat, but chewing through two or more slices can break the nutritional bank – don't even contemplate ordering these with the cheesy crusts.

Cheese can even play havoc with a salad, boosting the saltiness of a regular bowl of greens to nearly the total maximum recommended daily intake of sodium.

Look for veggie offerings using plant protein sources, as these tend to be more nutritious. Protein sources such as lentils, chickpeas, beans, nuts and tofu are higher in fibre, antioxidants and other protective phytochemicals – without the sodium and saturated fat of cheese.

May contain traces of cow

Strictly speaking, foods that contain animal by-products such as gelatine, animal-derived rennet and animal fat are a no-no for vegetarians. The frequently cheese-laden veggie menu items in particular are a potential minefield for herbivores, as cheese commonly contains animal-derived rennet.

In 2012 we surveyed the major fast food chains asking if any of its non-meat menu items contain animal by-products.
The remaining chains didn't respond to our queries.

According to Vegetarian Victoria, there are many different forms of vegetarianism, including:


Which fast-food chains cater to vegetarians?

The 2012 survey results saw the chains fall into one of four categories for their vegetarian offerings:

The meat-free offerings from these chains contained ingredients which render them unsuitable for vegetarians.

These chains didn't respond to our survey, and while they do have veggie menu items we can't guarantee the ingredients are free from animal by-products.


Vegos get a look-in

The total daily intake for the average adult is 8700kJ, 24g saturated fat and 2300mg sodium – but needs vary depending on your gender, size and activity level. Requirements for many people will be much lower.

The following chains that we came across during our research may be worth checking out:


And even if you're not vegetarian, finding healthy fast food isn't easy, as you'll see in our fast food survival guide.