How to win at fast food

We study the menus at some of Australia's biggest fast food chains to help you choose the healthiest option available. 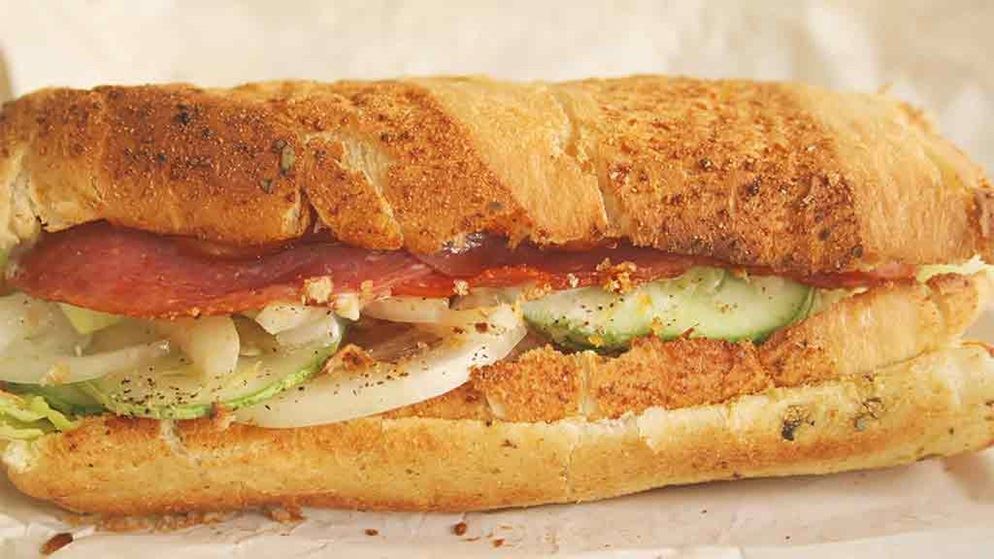 Burgers and chips, sushi, noodles, pizza, wraps – we're spoilt for choice when it comes to convenient fast food. Whatever fast food outlet is your favourite, there's unhealthy and somewhat healthier options available to you. So in 2011, CHOICE took a look at what was available on the menus at some of Australia's biggest fast food chains to help you choose the healthiest option available. And it's not always just the garden salad!

We looked at the better options available at:

This Portuguese-style chicken specialist styles itself as "nothing fried, nothing frozen", but the fine print points out that their chips, 100% premium chicken breast Bondi Bites and Veggie Burger are all fried. So it pays to choose wisely if you want to make a healthier choice. Some Oporto burgers come with two or three grilled fillets, so stick to a single fillet and avoid the skin if you choose a whole chook.

Some items here come crumbed and fried, but grilled and barbequed options are also available – just avoid those that come with bacon and cheese. Try salad or vegetables on the side to add some extra vitamins and minerals.

Eating at Subway can be a minefield – with extra cheese. While some nutritious subs are available, others will have your arteries screaming in protest, and sometimes it's hard to tell them apart. Just adding sauce can turn your healthy sandwich into a fat bomb. Their Chipotle Southwest Sauce has 406kJ and 10g of fat per 21mL serving. Also worth bearing in mind is that their "6g of fat or less" range is calculated without sauce or cheese.

Who doesn't love pizza? Make the right choice and keep your portions under control, and you can enjoy some guilt free. Domino's now offers a Good Choice range in single serves, taking the legwork out of finding the healthier choice.

According to Domino's and Pizza Hut, a serving of their regular range is just one slice – but we disagree. Asking around the CHOICE office, we found that even the most birdlike eater tends to eat two slices, so we've doubled the serving size.

Unlike Domino's, Pizza Hut lacks a healthier choices menu. Don't have nutritional info at hand? Follow two basic rules: always go for the thin crust (which is usually tastier than a thick doughy base anyway) and avoid anything where the main topping is meat or cheese.

Be careful at the Colonel's. Most menu items are deep-fried, and the closest you'll get to a salad is mayonnaise-drenched coleslaw, so all you can really do is pick the best of a bad bunch.

Hungry Jack's brings us the Whopper, the Double Whopper, and the Ultimate Whopper, with a patty, cheese, another patty and yet more cheese. Unsurprisingly, it's a whopping big kilojoule hit. Stick to a single patty to keep your energy intake under control. 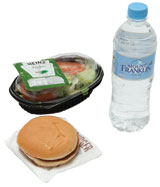 While many menu items at the golden arches aren't the healthiest, McDonald's has introduced Heart Foundation Tick meals and salads. There's also a seared chicken line, offering a more gourmet alternative to the usual burgers. Go easy on the sauces and opt for a salad instead of fries.

All nutrition data was calculated per serve in 2011. The total daily intake for the average adult is 8700kJ, 70g fat and 2300mg sodium. Needs vary depending on your gender, size and activity level. Nutritional data accurate as of May 2011 and may also vary slightly between states.

Burning off the kilojoules

You know how the saying goes: a moment on the lips, a lifetime on the hips. If you're going to stick with unhealthy fast food choices, you'll need to balance the kilojoule equation – whether that's by abstaining from indulgences the next day or extra exercise. To give you an idea of the energy in some of the fast food options, we did some kilojoule crunching.

We surveyed CHOICE members to find out how often they buy meals away from home, and what they buy. Almost half the members we surveyed buy lunch on the go up to twice a week, with the most popular choices being sandwiches and sushi.

At the sandwich shop

Most people would think a ham and cheese sandwich is a healthy lunch, but bread, ham and cheese are all high in sodium and it lacks nutrients. To make a better sandwich choice:

At the sushi bar

Japanese is one of the healthiest cuisines in the world, but the Western palate has added some unfortunate twists, such as processed cheese. Japanese cuisine can be high in sodium, which is linked with many health problems including high blood pressure and kidney disease. To make a better sushi choice: