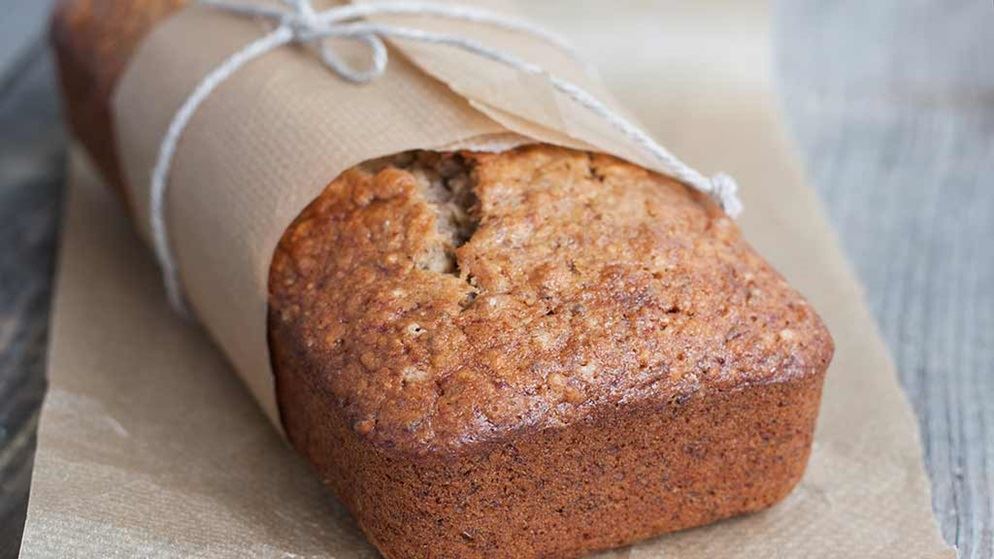 You don't have to wait until Masterchef is back on the screen to have your celebrity chef fix in your home. Donna Hay and Adriano Zumbo both produce a range of supermarket packet baking mixes, offering a dusting of Masterchef magic to your brownies, cakes and muffins.

But do celebrity chef baking mixes give you a tastier treat? And how much are you paying for that celebrity endorsement?

We compared banana bread made in our kitchen lab from Donna Hay and Adriano Zumbo's packet mixes with banana bread from White Wings, Lighthouse and Coles brand packet mixes, as well as Coles' pre-baked banana bread. We also threw into the mix a homemade banana bread baked to our CHOICE home economist Fiona Mair's standard recipe.

Fifty CHOICE staffers munched their way through all seven samples in a blind tasting then, in true Masterchef style, voted for their favourite. Our homemade banana bread was a convincing winner, receiving 42% of the votes, with Donna Hay's bread coming in a distant second (24% of the votes). Least popular was Adriano Zumbo's bread, which received just 4% of the votes.

For an accessible text-only version of this infographic, see the Product and % votes columns in the table below. 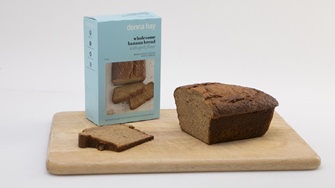 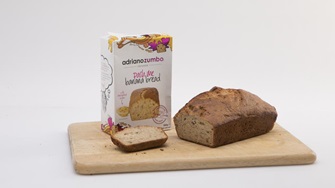 The price we paid for the packet mixes ranged from $2 (Coles) up to $7.70 (Donna Hay). And what you get for this is the dry ingredients, which in the Donna Hay product consists of brown sugar, flour (spelt and rice), raising agents, cinnamon and flavour. The combined dry ingredients in Fiona's recipe (brown sugar, wheat flour, bicarb and cinnamon) cost us a mere $0.73.

Once we added the cost of the additional ingredients required, like eggs, butter and bananas, we paid $4.86 for the Coles banana bread, while Donna Hay's set us back $14. Our homemade banana bread cost $6.05.

Of course each recipe makes a different size loaf, so for a fair comparison, we've calculated the cost of each product per 100g. The Coles packet mix banana bread was still cheapest, at $0.52 per 100g. But the celebrity banana breads, at $1.01 per 100g (Adriano Zumbo) and $1.12 per 100g (Donna Hay), cost twice as much.

With 24% of our tasters voting it as their favourite, some might consider Donna Hay's banana bread to be worth paying more for. A sachet of passionfruit curd (with which you can make passionfruit butter to spread on the bread) is included in the price of Zumbo’s making it trickier to compare. But with just 4% of the votes for the banana bread on its own, it certainly could benefit from some added passion.

At $0.62 per 100g, and with 42% of the votes, our homemade banana bread seems a pretty good option, if you're prepared to put in a little extra elbow grease.

Fiona's banana bread may have been voted the tastiest, but admittedly the packet mixes have an (ever so slight) edge over her recipe for convenience. To make them you simply add a few extra ingredients (usually eggs, butter or oil, milk and mashed bananas), mix, and bake. Fiona's recipe requires you to cream the butter and sugar before mixing in the other ingredients and baking, which adds 1-2 minutes to the prep time. And of course you also have to measure out the flour, sugar, bicarb and cinnamon.

With no preparation or baking required, the Coles pre-baked product is obviously the most convenient of the lot (although just 8% of tasters voted it as their favourite).The White Wings product takes a few minutes less in the oven (40-50 mins) than the other banana breads (including Fiona’s) which take 55-60 mins to bake. 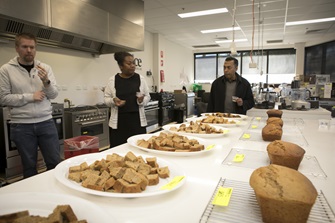 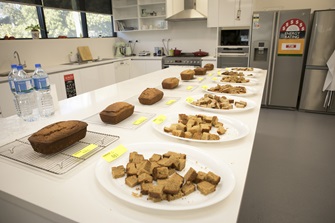 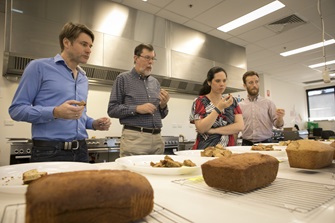 Our taste testers hard at work in the CHOICE kitchen lab

We tested seven banana breads, listed below in alphabetical order. To order by another criteria, simply click on the column headings.

(A) Pack includes sachet of passionfruit curd to make passionfruit butter (need to add your own butter). Not used in tasting.

** As per Woolworths online shopping site in July 2017.

*** As prepared, according to pack. Weight of our homemade banana bread is the average of two prepared loaves. 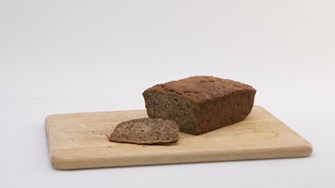