Hands-on with Apple's 15-inch MacBook Pro to see what's been updated for 2017. 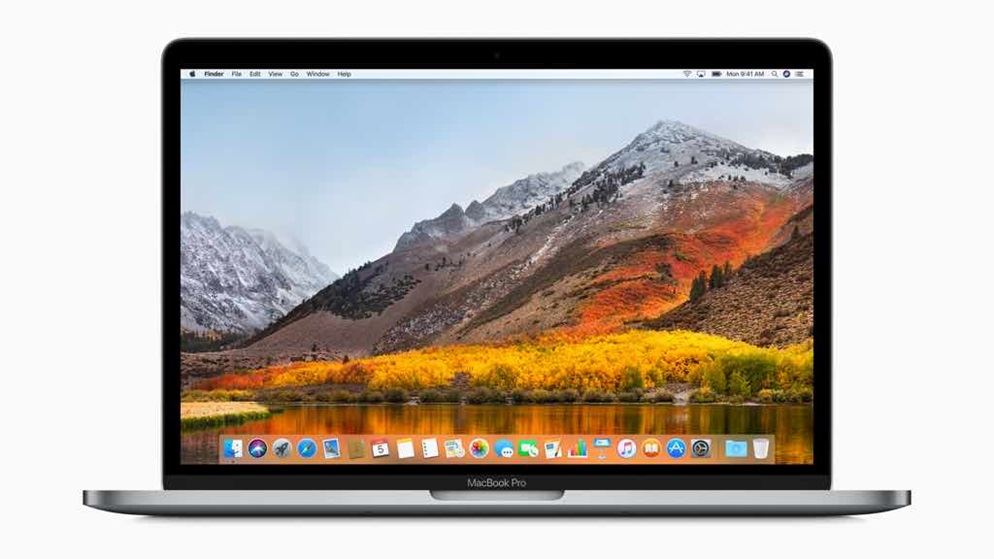 Apple has upgraded its flagship laptop, the 15-inch MacBook Pro, with the latest Kaby Lake processors and faster on-board storage. We borrowed the top-of-the-line model from Apple to take a hands-on look to see what's been improved.

On the outside, Apple's latest laptop line doesn't look different from the models released late last year, when they received a substantial makeover after a couple years of only incremental improvements.

While the timing wasn't right for Apple to include Intel's new seventh-generation Kaby Lake processors, Apple's latest laptops have remedied that issue, boosted the graphics and included speedier internal storage, which Apple claims is up to 50% faster. But as with the 13-inch MacBook Pro, there are no external cosmetic changes to the 15-inch model this time around.

But let's face it, this isn't everybody's laptop – this is a premium quality computer with premium performance and a premium price to match. As the name implies, it's aimed at professionals, especially creative professionals for whom it becomes their main workstation running heavyweight applications such as Adobe's Creative Suite of video editing, graphic design, and web development programs, as well as various other high-end apps.

These are the same people who will benefit most from the Touch Bar. This keyboard-wide full-colour multi-touch strip is really a completely separate screen that replaces the top row of function keys. It gives you context-aware buttons that change depending on what program you're using and what you're doing within it.

The Touch Bar is at its best when showing sliders and scrubbing tools in image, video and audio apps. It provides a far more responsive way to explore editing options than using onscreen menus, even compared to a touchpad.

The Touch Bar also comes with Apple's Touch ID fingerprint reader built-in at the right-hand end. This is a big timesaver (especially if you're security conscious and lock the screen frequently). The Touch ID panel can be used to authenticate when installing programs as well as to log in to the laptop when it comes out of sleep and to fast-switch between users. A password is still required after a restart.

The Touch Bar hasn't changed physically since we first looked at it but while it took some months to catch on fully with software developers, it has now been adopted by a large number of pro and consumer-level apps, so it's actually become more useful.

Typing on the 1.5cm thick MacBook Pro is still an acquired taste for some, as it requires a light touch for best results because the keys have so little travel, just like on the super-thin (0.35cm–1.3cm) wedge-profile MacBook.

The second-generation mechanism has improved the feel of the keys somewhat, but if you're accustomed to keys with a lot more travel they can feel hard as they bottom-out quickly. If the MacBook Pro is your main computer and you're not switching to other keyboards you should get used to the MacBook Pro keys fairly easily. This keyboard will benefit light-fingered touch typists the most.

The MacBook Pro has 15.4-inch (diagonal) screen with resolution 2880 x 1800 pixels, giving it 220 pixels per inch – enough to claim the 'Retina' tag that Apple uses when the resolution is so high that the human eye (retina) can't detect individual onscreen dots at normal viewing distance.

We rate the screen as excellent when comparing colours, brightness and contrast, and viewing angles to other laptops. While it's a gloss screen, Apple's anti-glare technology is second-to-none, so it handles reflections better than most laptops with reflective screens.

High screen performance takes its toll on battery life, but the MacBook Pro has a switchable graphics feature that boosts performance when dealing with graphics-intensive tasks, such as rendering, and falls back to using the integrated Intel graphics for more pedestrian tasks, which contributes to battery life.

The video support is impressive. If you're the kind of person who likes lots of screen real estate you can have full native resolution on the built-in display and add an extra:

But if external screen real estate is what you're after, don't forget that for around $1000 less you can also buy the 13-inch equivalent and attach an external 5K display or even two 4K displays.

Apple obviously knows that whatever your processor speed, one of the biggest bottlenecks with overall performance is the speed of your storage, because it has boosted the speed of its SSD storage significantly with the model revamp.

Fast storage is almost as essential as a fast processor for overall performance. These days, many programs (and the operating system itself) write large but temporary invisible files (called cache or swap files) to the storage drive during intensive tasks, effectively using it as temporary memory. This contributes mightily to the overall responsiveness of the computer when launching programs and accessing and processing data.

Our testing found the onboard SSD to be exceptionally quick, with an average read speed of 2.4GBps (gigabytes per second) and a write speed of 1.8GBps.

The MacBook Pro also achieved a rating of excellent in Blender 3D, a professional 3D computer graphics software toolset used for animation and visual effects. The Blender 3D rendering test result of 3min 23sec compared very favourably to many other laptops we test that take at least twice that long.

Benchmarking with GeekBench returned a score of 15801, while many other laptops are around 7000–8000. We also found the onboard 802.11ac Wi-Fi achieved a rating of very good, with an average of 45MBps (megabytes per second) for wireless data transfers.

Build quality is not an issue worth mentioning, except for how good it is. Typical of Apple's MacBook family, this Pro feels solid and impeccably constructed. Be careful, however, of the lack of obvious air venting if you're using the laptop for intensive tasks while on soft surfaces such as cushions or in bed. There are air intake vents on the sides and an exhaust sits on the spine.

The MacBook Pro is generally quiet. We found the internal fans only really noticeable when the laptop was under a full processing load. For other times it was not an issue. Likewise, heat build-up was also not noticeable during everyday usage, but should be considered when performing processor-intensive tasks.

On the model we tested connectivity is via four Thunderbolt 3 ports with a USB-C connector. However, Thunderbolt 3's flexibility means you can use them to connect multiple monitors, as long as you have the right adapters. We connected a 4K TV and a full HD monitor for our testing using two different USB-C adapters.

Thunderbolt 3 is the fastest port you can get, rated at 40Gbps (gigabits per second) or eight times the speed of USB 3.0. It supplies power also, so you can use any of the four ports to plug into power, and also supports DisplayPort and the previous Thunderbolt 2 (20Gbps) via adapter, plus USB 3.1 (5Gbps) and USB 3.1 Gen 2 (10Gbps), both of which use the USB-C plug shape.

If you just want the 15-inch MacBook Pro experience but at a lower cost, you can opt for the entry-level model with 2.2GHz quad-core i7 processor, 256GB SSD, 16GB RAM for $2999, but note that you only get two Thunderbolt 2 ports (not Thunderbolt 3), no discrete graphics card and no Touch Bar.

Apple's revamp of the MacBook line late last year brought the external improvements that professional (and otherwise well-heeled) Mac users had been looking for. This version adds the latest processors and faster storage as its main new drawcards. As you'd expect, it's a premium laptop that pulls no punches.