Can the new Windows 10 S operating system make this the safest Windows laptop ever? 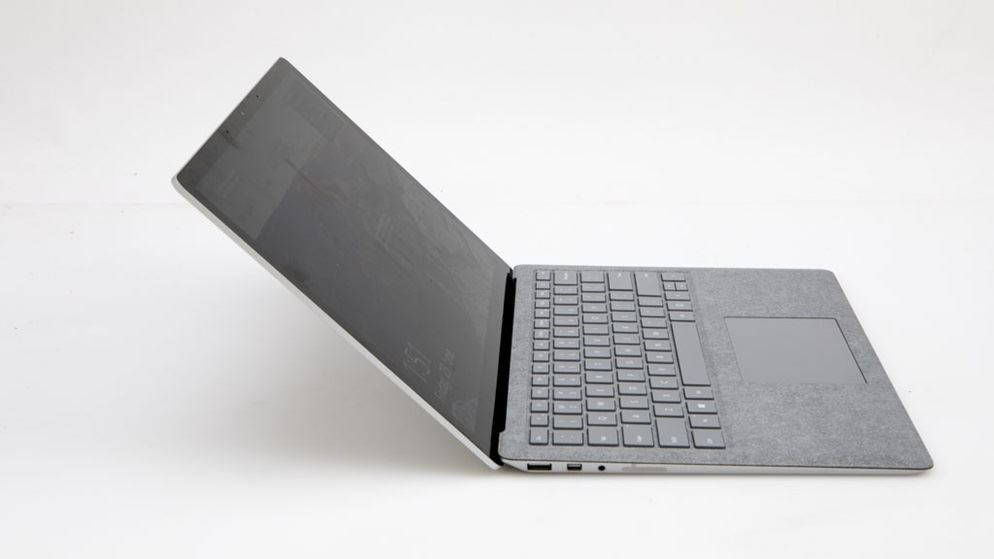 Microsoft's new Surface Laptop is designed for school students, but its appeal could turn out to be much broader. We borrowed a retail model from Microsoft for a hands-on look.

Hardware-wise, this new class of Microsoft laptop is all about quality. From the sleek aluminium finish (in several colours – burgundy, platinum, cobalt blue, and graphite gold) to the easy one-finger opening, responsive keyboard and decent sound, it's impressive. Its appearance borrows cues from Surface Pro models.

This time around Microsoft has improved the Alcantara fabric keyboard covering, which is even smoother than on the Surface Pro tablet and treated to resist spills (though Microsoft says it will 'age' with use, much like leather).

The Surface Laptop isn't just a show pony, it's no slouch in the internal specifications either.

You can also opt for a choice of two Intel Core i7 models, for higher performance.

The new Surface Laptop is in a class of its own. What's really different about it – which will likely polarise potential buyers – is the operating system. It comes with Windows 10 S (let's assume the S stands for student, as that's the market that this model is obviously aimed at). This somewhat restricted version of Windows only allows apps to be installed via the Microsoft Store and your Microsoft account.

If you try to install, for example, the popular Firefox or Chrome web browsers, you get a message pop-up saying, "For security and performance, Windows 10 S only runs verified apps", with Microsoft Edge as the browser. There's no Command prompt either, which will disappoint those who like to issue Command Line instructions.

The good news is that the Surface Laptop comes with 12 months of Office 365 (until 15 October 2017). And you don't have to be stuck with Windows 10 S if you don't want – you can upgrade to Windows Pro and – bonus points here – you can do it free of charge until the end of the year. This avoids the potential for the Surface Laptop to fall into the same trap as Microsoft's much earlier 'walled garden' effort – Windows RT on the early Surface Tablets.

However, give Windows 10 S a good trial first because if you do upgrade to Windows Pro, then decide that you would really prefer go to back to the 'walled garden' environment of Windows 10 S, you can't do that and keep all your settings etc. You would need to reset the laptop to its factory spec, as if it had just come out of the box.

One of the main attractions of Windows 10 S is that its 'walled garden' approach can be protective. Microsoft is making both the hardware and the software and controlling the environment as much as it can to provide an optimal experience that is both more efficient and safer, though at the cost of some flexibility.

Because it restricts users from installing anything they find on the internet, this limits the potential to download and install virus-laden software – assuming, of course, that all apps from the Microsoft Store are also free of viruses. Think of this as saving users from themselves. Unsuspecting user error, such as downloading and installing bogus malware-laden software, is one of the biggest threats to PC security.

At this stage, however, the Store doesn't have clearly defined categories for apps (unlike the Google Play store, for example), so if you're looking for education apps, for example, you just have to search and sift through many apps. This will no doubt improve in time as the growth in the number of available apps forces a more organised approach.

If you want a sleek, powerful, highly mobile laptop for everyday use that offers a 'safer' environment and loads of battery life, the new Surface Laptop has a lot to offer. If you can live with the restrictions of working within the Windows 10 S environment you'll get the most optimised computing experience that Microsoft can offer and it's worth giving it a go. If you find Windows 10 S a bit too restrictive, you can always upgrade to Windows 10 Pro (and this year for free) to give you extra flexibility.