Desktop computers: what we found

Expert insights into what we learned during our hands-on test of desktop all-in-one PCs. 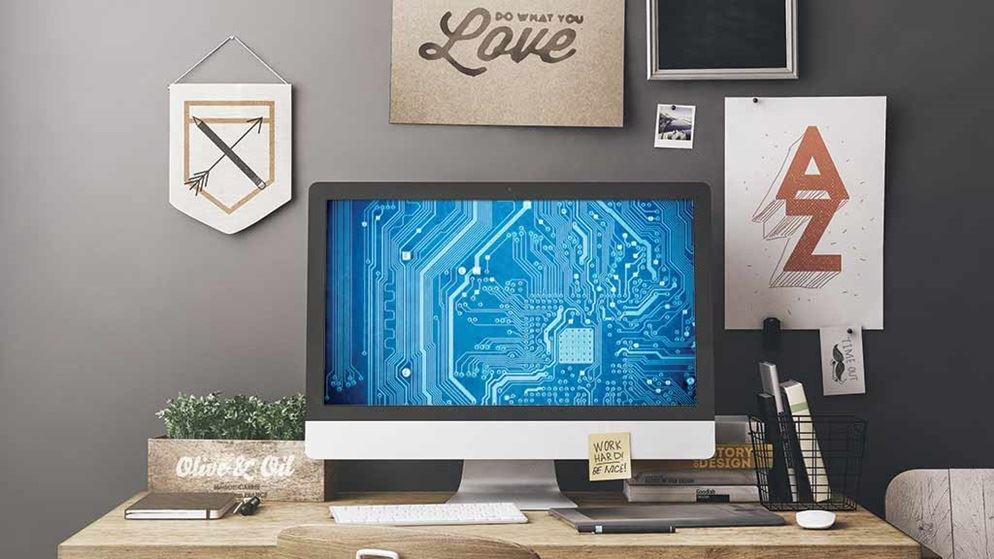 We tested nine of the latest all-in-one desktop computer models from eight brands to see how they compare for performance, features and ease of use. Included in this round-up is the groundbreaking Surface Studio from Microsoft, its first foray into all-in-one territory.

We also included the largest all-in-one we've tested, the 32-inch DreamVision 32 Slim from Pioneer Computers. But as our testing shows, size isn't everything. Here's what we found during our most recent all-in-one desktop computer reviews.

Why buy an all-in-one?

Old-school tower-case PCs are big, bulky boxes that require a lot of extra peripherals to function. You need to buy a monitor, speakers and keyboard and mouse (at the very least), on top of the computer. This isn't the best solution if your space is limited, which is where an all-in-one can come in handy. They cram all the components in and around the monitor (aside from the keyboard and mouse), so although they're a little thicker, all-in-ones take up far less room than a traditional PC.

And despite being fairly compact, all-in-ones can be quite powerful, with many more components than you're likely to find in a laptop, two-in-one or tablet. Not only do they have the necessary space, they also have enough room for better cooling systems, which high-end components require. If you tried to put some of these processors and high-end graphics cards into a standard consumer laptop, for example, it may overheat.

An all-in-one may be a good space saver, but the encased build presents a few problems. The design is similar to laptops, in that they're built to house specific parts in a small space, which can make upgrades and repairs difficult, or impossible. This is unlikely to be a problem for average consumers that aren't into system modifications, however, it's an important point for people who like to overclock (force your computer's processor to run faster than it was intended to), tinker, or who may want to perform simple upgrades in the future, such as moving from a hard drive to solid state drive (SSD).

Most models can't handle top-tier components either, such as powerful graphics cards, as they require more cooling than an all-in-one case can hold. Mid and high-range models can also run hotter than a tower-PC for the same reason, which could increase your energy bill as a hot computer will theoretically consume more power, because the fans are constantly running. You're also unlikely to find ports and components that are niche, or no longer in use, such as VGI, DVI, eSATA and mini-display.

As you could guess from the name, Microsoft's Surface Studio is pitched at designers of all kinds, both home and professional, including artists and CAD (computer aided design) users. The all-new design shuns the conventional unified computer-behind-screen concept pioneered by the iMac and imitated by almost everybody else.

It's an impressive first attempt, from the ultra-thin super high-resolution 28-inch touchscreen to the unique 'zero gravity' hinge that transforms in a supremely smooth motion at the touch of a finger into a low-angle drafting table. This accommodates a natural pose for writing (using the included Surface Pen) and drawing in a most comfortable fashion that really has to be tried for yourself, so give it a go in-store. It also comes with a Surface Keyboard and Mouse.

There's also the optional Surface Dial ($150) that can be used on the desktop or on the screen itself, with its capabilities for rapid-changing colours, sound, settings, shortcuts and tools limited only by the software it's used with. If you're a design fan, it's an option seriously worth considering.

However, all this high-end design and functionality comes with a high-end price, and the Surface Studio starts at $4700 for the entry-level i5 version, rising to $6600 for the top i7 version. While it can take up to 32GB RAM (memory), serious designers might lament the lack of high-speed (40Gbps) Thunderbolt 3 ports we're now seeing on desktops and laptops, with the Surface Studio's relatively slow USB 3.0 (5Gbps) ports being the standard connection for external devices such as storage. It also has quite a modest graphics card with only 2GB RAM, which is disappointing for a computer aimed at designers.

Apple's iMacs generally provide the benchmark for all-in-ones and this line-up has had a long-overdue overhaul, with the 27-inch and 21.5-inch models we tested showing significant improvements. Though the sleek external look doesn't change, notable improvements include a brighter super high-res screen with more colour, contrast and better anti-glare, plus the inclusion of versatile (with adapters) Thunderbolt 3 ports. The iMacs also sounded the best on test, with the 27-inch giving better audio performance than the 21.5-inch model

The Dell Inspiron 27 7775 stands apart from the competition by being the first to jump on AMD's powerful next-generation Ryzen processors, while all the others stick with Intel. The Ryzen CPU brings AMD well and truly back into the power game, with eight cores and 16 logical processors for added grunt. It also has a high-spec graphics card that makes it suitable for gaming, an area where all-in-ones often lose out. It's overall performance score was the highest on test. And though its storage was quick for reading data, it was disappointingly slow for writing data, which slightly mars an otherwise attractive all-in-one that has a non-reflective matte screen (not a touchscreen), so reflections are no problem in a sunny room. The speakers are prominently displayed and they're good, but not great due to being a bit too boomy and a little rattly at high volume.

Lenovo's all-in-one is an office machine with the looks to prove it. There is a very thin, all black bezel, and a matte screen that serves up a surprise: it also supports touch, a feature that is usually reserved for glossy screens. The matte screen makes it great for brightly-lit rooms and this unit is the only desktop on test to have a swivel base, which makes it easy to turn and get at the ports on the side.

We noticed very loud fan noise when the processor was under a full load. While this might be irritating in a quiet room, it doesn't mean there's a problem with overheating, just that the unit has been designed to run optimally even under a full load for long periods.

While the full-sized keyboard with number pad is quiet and comfortable, we found the mouse too small for comfort – an odd lapse with a PC that otherwise ticks many of the boxes for an office environment.

HP has the most awkward design in this batch. It has connection ports under the bottom edge of the screen, making it tricky to insert and remove USB devices and SD cards. The keyboard has to be moved out of the way each time, so you don't accidentally press the function keys. Also, because the ports aren't labelled (except for temporary peel-off stickers) it's hard to find the one you want and the shallow tilt-back limitation of the screen doesn't help. A similarly-located power button is also hard to find. We found the keyboard fairly stiff, making it prone to typos, and the mouse is a little too flat for comfort.

Acer's all-in-one is nothing special to look at. It has an external power supply that makes it appear a little less neat than the computers with internal power supplies (Apple, Microsoft). Connection ports on the left side make it a slightly easier than most to attach USB devices and insert an SD card. The included keyboard is a bit undersized but has a numeric keypad. We found the high-rise-profile mouse the most comfortable on test.

The Asus all-in-one looks neat, but the ports are all on the back and it's not easy to turn the screen around for access due to the grippy base. The SD card is on one rear side, with the USB and HDMI ports on the other, so it needs to be turned either way for access.

Pioneer Computers' model looks like an oversized copy of the iMac, but lacks the iMac's legendary build quality. The screen wobbles on its stand and there is sometimes noticeable buzzing or interference through the speakers when the computer is switched on and processing tasks. Depending on the viewing angle the lower edge of the onscreen image can't easily be seen, and it has quite a shallow rear tilt angle but over-generous forward tilt.

The general specifications are good, especially if you want fast graphics for playing games, but the screen itself let this model down badly. For example, we were surprised to find no brightness control. This model proves that bigger isn't necessarily better.

Call it shovelware, bloatware or just unwanted software, few people like having a new computer half filled with rubbish software. That used to be fairly standard with Windows PCs. But the trend these days is to give you the option of installing extra software, without just bundling it all in. For example, HP's JumpStart program takes you through screens of programs you can install if you want. Similarly, Lenovo has App Explorer and Asus has Giftbox.