Japan travel guide: what you need to do 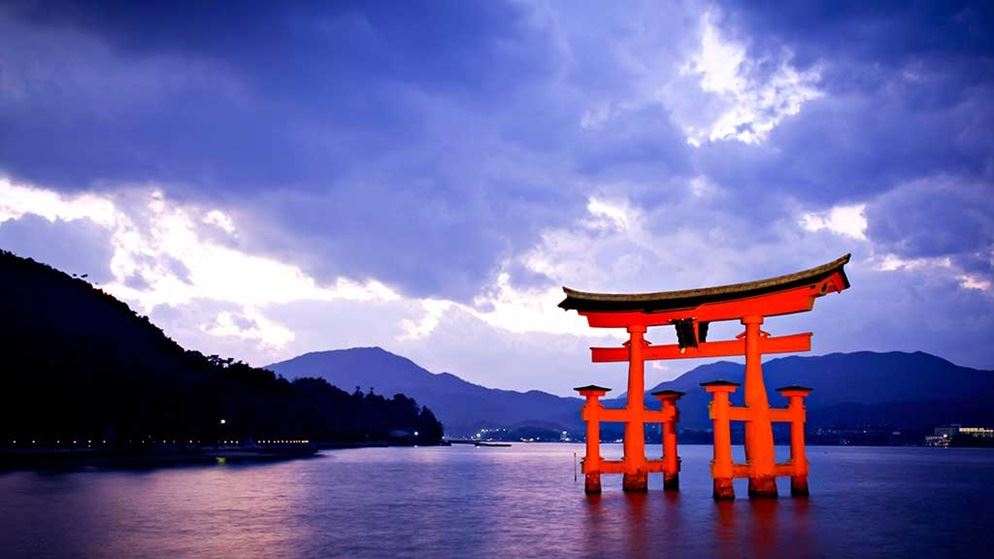 Where to get the best cash rates, phone apps for free Wi-Fi and transport planners and why Paul McCartney and Paris Hilton couldn't get into Japan - download the Japan travel guide.

Australian passport holders can visit Japan for up to 90 days without a visa provided they:

Visa and entry rules may change. Check with the Japanese Embassy for the latest advice: au.emb-japan.go.jp.

Important: When you fill out your incoming passenger card at the airport, you'll be asked if you've ever been convicted of a crime. If you answer yes, you'll probably be taken aside and questioned and you may be refused entry to the country. Japan has a tough attitude towards drugs, and foreigners (including Paul McCartney and Paris Hilton) have been refused entry because of prior drug convictions.

It's unlikely you'll need any vaccinations to travel to Japan, but The Travel Doctor suggests you make sure your routine vaccinations are up to date, and that you consider vaccinations for Japanese encephalitis and tick-borne encephalitis, depending on your travel plans. See their Japan health planner for more information or speak to your doctor.

Tip: Some vaccinations need to be given four to six weeks before departure, so get in early.

More about health and safety in Japan.

Will my Australian phone work in Japan?

The simple answer to that question used to be a flat 'no', but some Australian phones may be able to roam. Japan operates largely on the CDMA and W-CDMA networks, which are incompatible with most Australian GSM-network handsets. However, Japan now has a number of 3G networks that you can connect with if you have a 3G phone.

Check with your telco, and with your phone manufacturer if necessary, to find out if you'll be able to use your phone in Japan.

Be aware that if you use your phone overseas, particularly to access the internet, you could see some enormous bills. Check the global roaming rates with your telco:

If your phone isn't Japan-friendly, or if you don't want to risk getting stuck with an enormous bill, you could do what many travellers do and rent a phone while you're in the country. You can get set up on arrival at the airport, or at some mobile phone stores. (Tip: Some vendors may be reluctant to rent to a foreigner or may have no English-speaking staff, so the airport is your better bet.) You'll need a passport and a credit card to sign up for a contract.

Tip: Some companies offer a discount if you pre-order your rental phone, and some will even mail it to your hotel or address in Japan (you mail it back to them at the end of the lease).

Only residents of Japan can buy pre-paid phone SIMs, but travellers can rent them. These are no use if you need data, though; they'll only allow you to make and receive calls.

There are no restrictions on buying pre-paid data SIMs, so they're a good workaround if you mainly just need access to the internet and you don't mind making phone calls through VOIP.

Tip: If you're ordering a Japan Rail Pass, you can buy a data SIM at the same time which will be mailed to your home address. For $80, a CHOICE staffer bought a data-only SIM that gave him 100MB per day (shaping to 128kB when used up) and lasted for his entire month of travel.

Internet speeds are excellent in Japan (although not as good as some other Asian countries such as South Korea), but access doesn't always come free. Most Wi-Fi signals are locked because of laws that require internet companies to be able to identify who is using their service.

Your hotel should be able to give you Wi-Fi access (possibly at a price) but most cafes and public spaces don't offer Wi-Fi, or if they do, it's only available to those already registered with a certain provider.

Tip: Many hotels still offer free wired in-room internet, which can be handy if you have a laptop (BYO Ethernet cable).

The good news is that after listening to the complaints of tourists, the Japanese government recently launched a free Wi-Fi service (the bad news is that it's currently only available in eastern Japan). Free hotspots are accessible for up to 14 days to anyone who signs up using their passport as ID when they arrive in the country. Visitors can even download the app (Apple or Android) and register in advance.

If staying connected is very important to you, consider renting a data SIM, a USB modem or a portable Wi-Fi device such as the pocket-sized MiFi. The best place to find one of these gadgets is on arrival at the airport. You can book online in advance and pick it up at the airport, or even have it delivered to your hotel if you're arriving at a time when the airport store is closed.

Japan's voltage is much lower than Australia's 230V, and the variable frequency of 50Hz on the east coast and 60Hz on the west coast (Australia's frequency is 50Hz) means that some of your appliances might not be compatible. Most laptops and phones are designed to work on multiple voltages and frequencies. If your appliance or charger is marked 100-240V, 50/60 Hz then it will work in Japan. Australian appliances without a variable voltage or frequency (usually things like hairdryers, electric toothbrushes and shavers) should never be used on 100V or 60Hz. In the best case they simply won't work, in the worst they'll overheat and catch fire (the same warning applies to electrical goods bought in Japan and brought back to Australia). A transformer can solve your compatibility problems, but it's quite a bulky item to travel with. Instead, consider buying a cheap appliance once you're in Japan if you really need it.

Japan's power sockets and plugs are different to Australia's type I, so you'll need an adapter. If you're concerned about your appliances being incompatible with Japan's voltage and frequency, you could buy a combined adapter/transformer.

Tip: Carry at least two cards and more than one cash currency (Australian and Japanese). Split your money and cards between separate bags. That way if you lose one, you have a back-up.

Credit cards are fairly widely accepted in Japan, but surprisingly cash is still the preferred method of payment (or the only method of payment) in some situations, particularly outside of the big cities. When using your credit card, remember you'll be charged conversion fees by your bank and there may be a percentage surcharge from the retailer.

Tip: Visa is the most widely accepted credit card.

If possible, travel with more than one type of card. Remember, you'll be charged transaction and conversion fees for every withdrawal you make from an ATM.

IC cards began as pre-paid passes for use on public transport but have now become widely accepted as a form of payment in shops, cafes and vending machines. The cards can be bought and recharged at train stations across the country.

You'll find the usual currency exchange booths at Japan's airports, but you may have more trouble locating them in towns and tourist areas. The exchange rates are usually not very good, so you may get a better deal withdrawing money from an ATM or ordering money from your bank before you leave Australia.

Tip: Unlike in most countries, you're likely to get a better exchange rate on arrival at a Japanese airport than you would in a Japanese town, according to tripadvisor.com.

Travellers' cheques aren't widely accepted in Japan, except by some major hotels, and at airports, post offices and some banks. Cashing your cheque at a bank is likely to be time consuming, but you may get a slightly better rate than if you were changing cash.

If you're concerned about money security (there's very little need to be concerned in Japan), consider a travel money card or 'cash passport'. They can be pre-loaded with a foreign currency and used like a credit or debit card, and cancelled if lost.

Tip: Most travel money cards will accept Japanese yen, with the exception of the American Express Global Travel Card.

Travel insurance is essential, particularly in Japan, where the cost of medical care can be very high. Buy insurance at the same time as you book your trip, that way you'll be covered if you have to cancel for some reason before you go.

For more information read our buying guide and to choose the best cover, see CHOICE's travel insurance reviews and comparisons.

Check with your insurer about exclusions that may affect you, including skiing, sports, car hire, and pre-existing medical conditions. You may need to pay an extra premium to be covered.

Be aware that anything that happens to you while under the influence of drugs or alcohol is unlikely to be covered by insurance.

Tip: Try to find apps that work offline so they won't chew up your data or stop working when you don't have an internet connection.

Tip: To save a map onto your mobile device for offline use, select the area on Google Maps then select 'Save offline map' from the menu and follow the directions on the screen. Your GPS positioning will still work on the saved map, even when you don't have access to the internet. Alternatively, go to 'Offline maps' in the menu and select a city.