Ever wondered why you lose track of time and space in a shopping centre? 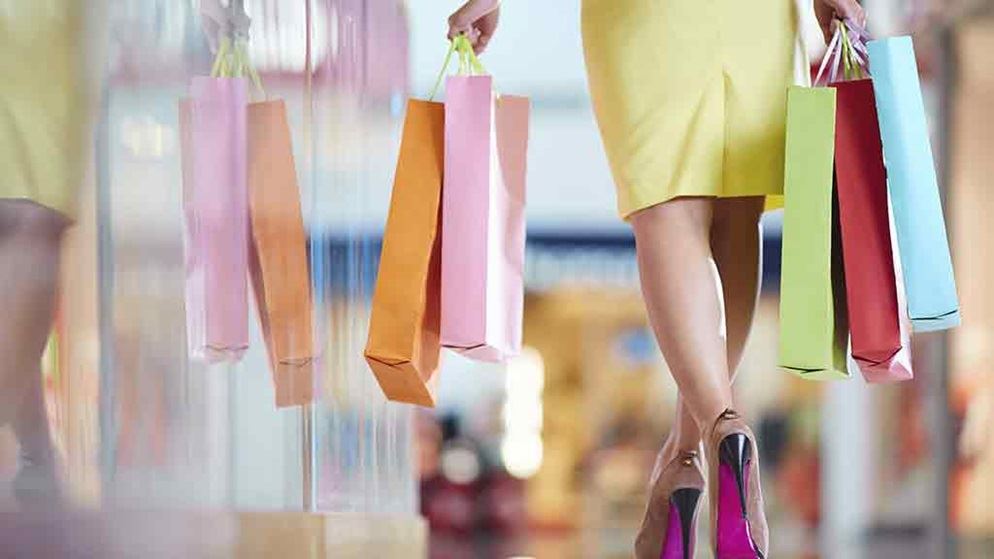 A shopping centre can't hold you against your will, but it can be designed to make you stay longer than you intended. Tricky architecture and subconscious marketing can slow you down and, theoretically, keep you shopping. The idea being the longer you linger, the more impulse buying you'll do.

What the experts say

"At the mall, the plan is to maximise unplanned purchases – to get people to stay longer and deviate from their plans," says Charles Areni, professor of marketing at Macquarie Graduate School of Management.

Not all researchers believe mall designers are manipulative. But media analyst Douglas Rushkoff argues a number of strategies are being used to create environments that encourage consumers to spend up big. The idea is to disorient the shopper and soften them up for manipulation.

The first area shoppers encounter when they enter a shopping centre is the decompression zone – those functional entry spaces between the real world outside and the mall world inside. Despite the large amount of foot traffic these areas see, rather than glitzy, in-your-face retailers, it's the service businesses, such as the post office, banks and beauty salons that inhabit these spaces. Why? Mall designers understand that shoppers need a three- to five-metre buffer zone to adjust to the changes in lighting, temperature and scenery in order to shift into shopping mode and start making decisions about buying.

Big department stores and supermarkets are at opposite ends of the shopping centre for a reason. These are the anchor stores – the shops with the power to pull you into the shopping centre. Mall designers ensure you'll cover lots of ground to get to them, encountering many smaller stores along the way.

"[They're] not going to design a mall to allow shoppers to get in and out of the anchor stores efficiently – [they] want people to walk around," says Charles Areni, professor of marketing at Macquarie Graduate School of Management.

Secondary attractors – the businesses you'd go to regardless of their location, such as banks or restaurants – also encourage customers to travel extensively around the centre. These shops are generally located in isolated spots or in the outer reaches of the centre.

The strategic placement of stairs and escalators also plays a role in funnelling shoppers and encouraging impulse buys. For example, some centres have escalators that force you to walk in a full circle, and hence past all the shops, every time you go up a level. As well as channelling foot traffic, this also turns shoppers into captive audiences for storefront marketing.

If you're feeling lost, it's likely the centre hasn't been designed with what the experts call "intelligibility" in mind. With intelligible designs, what you can see gives you a sense for the larger plan of an area, making it easier to navigate.

Professor Alan Penn from the UK-based Bartlett School of Architecture says architects can, and do, design spaces that put a strain on intelligibility. This usually happens when nothing quite lines up – when walkways, for instance, are angled or off-kilter. The result is disorientation and confusion, which encourages people to wander. "It removes your ability to act with intention," Penn explained in one of his lectures.

Intentional disorientation is thought to encourage deviation from a plan – a theory known as the Gruen Transfer (after which the ABC TV series is named). The premise is that if people find themselves in a confusing "fantasyland" they're going to end up spending more money.

IKEA is a prime example. According to Penn, about 60% of purchases at IKEA are unplanned, which he believes is largely due to unintelligible design. The floor plans are maze-like – customers can't see beyond what's directly in front of them and have no sense of the bigger picture.

"It's highly disorienting, yet there's only one route to follow," says Penn. By the time you make your way through the average IKEA you're no longer fully in control and are less likely to question whether you should really be filling your trolley.

Shopping centre designers also use sight, sound and smell to trigger certain responses in shoppers. Such tactics can speed us up, slow us down, make us feel safe or anxious, or change our perception of time.

Controlling the environment makes it easier to ensure it's conducive to shopping – a safe retreat free from outside confusion, weather, noise and smells. With few windows or clocks and a regulated temperature in malls, shoppers can be lulled into a sense of security and lose track of time.

Our perception of time can also be manipulated through scent. A study conducted at the Galeries Lafayette department store in Paris reportedly found that when the centre was unscented, shoppers thought they spent around 45 minutes there when they actually spent 40. But when it was scented, shoppers estimated they had only spent 25 minutes when in fact it was more than an hour. See more on aroma marketing.

Music is another strategy used to slow us down or speed us up. Professor Areni says shoppers walk in time with the tempo of the music, no matter what's playing. So in malls, music will likely be slow and soft. Playing unfamiliar music has also been shown to make people shop for longer.

CHOICE visited four shopping centres in greater Sydney and conducted a few basic navigation and timing tests. We found plenty of disorienting design, as well as centres that take shoppers past as many shops as possible.

Just as online retailers analyse information about shopping habits, some centres now track and analyse shopper foot traffic to find the hot and cold spots in the centre. Centre managers use this information to optimise floor plans, choose tenants and tweak marketing campaigns.

Shoppers' movements are tracked anonymously through mobile devices. Any smart device using Wi-Fi constantly sends out short pings searching for the Wi-Fi networks around it. These pings send out unique identifiers which can be tracked closely to get an accurate picture of a shopper's path.

One tracking company, Inhouse Insights, told CHOICE it operates this technology in shopping centres in Australia, but couldn't say which ones. While Westfield has said it doesn't currently track customers, it does have the Wi-Fi infrastructure necessary to do this at three of its centres. And its privacy policy permits it: "Where devices are able to connect to, or are identifiable by, in-centre infrastructure, [Westfield] may collect data including usage, location and type of device, from those devices."

A Westfield spokesperson told CHOICE that in the future "there are obviously a great deal of possibilities in using this technology in a retail environment".

Anyone wanting to avoid being tracked should turn their Wi-Fi off!