From no-grounds evictions to limited leases, we learn that long-term rental security is almost non-existent for Australian tenants. 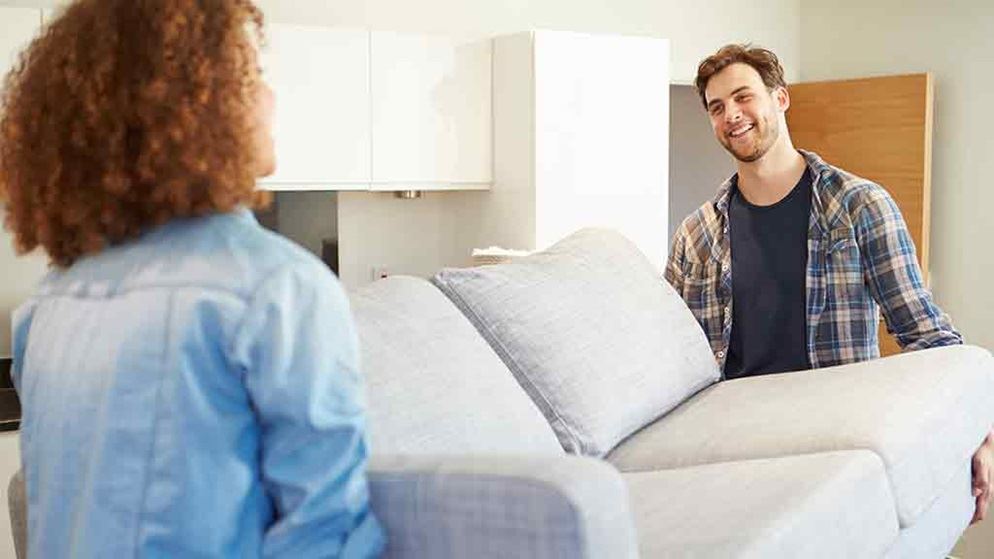 A raw deal for Aussie renters

Compared to nearly every other industrialised nation, Australian tenants are left in the dust as far as rental rights go. So it probably comes as no surprise that Australians move house more than the citizens of any other Organisation for Economic Co-operation and Development (OECD) country, except Iceland.

Of the 34 OECD countries, Australia is one of the few that allows "no-grounds" evictions. This means landlords can get rid or renters at the end of their short lease without reason. Not only that but renters:

Property owners in Australia can:

Tenant advocacy agencies in Australia have long pushed to put an end to no-grounds evictions, a position which we support as a starting point for better rental protections.

Easy eviction means many tenants live in a state of stressful uncertainty, not knowing where they are going to live in a year or even six months' time. For families with school-age children, the lack of certainty can be especially stressful.

Martin Baker, a tenant advocate at Sydney's Inner West Tenants' Advice and Advocacy Service told us, "It really removes renting as a reasonable long-term option, despite the fact that many people are forced to rent anyway."

It's a landlord's game

The system seems to be skewed in favour of property owners. Here are some examples:

Now let's compare this to Germany:

In NSW, revisions were made to the Residential Tenancies Act in 2010 but these revisions didn't necessarily make it any better for long-term rental security.

In a compromise with the landlord lobby, the notification timeframe for eviction of month-to-month renters was increased from 60 to 90 days.

The trade-off was that the Consumer, Trader and Tenancy Tribunal (CTTT) lost its discretionary power to overturn no-grounds evictions. "Now, if the landlord issues you an eviction notice, you're gone," says a representative of the CTTT. (The CTTT can still adjudicate in cases where the landlord wants to evict a tenant on the grounds they've breached the terms of the lease.)

Tenants could previously challenge a no-grounds eviction if they believed it was issued in retaliation for making a complaint, but "even if they did win they would certainly have been on their landlord's bad side and, at best, would have only had another year," says the CTTT's representative. "It made people very reluctant to stand up for their rights."

The stress of renting

No matter where you live in Australia, renting can be a stressful experience. We've heard from a number of families over the years living on Sydney's northern beaches who say:

A sneaky practice – evicted at Christmas

Some property owners on Sydney's Northern Beaches are notorious for making sure any fixed lease ends before Christmas so the property can be turned over to holiday renters. Since landlords only have to give renters 30 days' notice that they won't be renewing a fixed-term lease, renters may only find out in November that they'll need to be out the door before Christmas.

During the Christmas holiday season, properties in the general vicinity of the beach can command as much per day as regular tenants pay per week.

Renters have learned to put up with sometimes poor yet pricy living conditions. Here are some examples:

Madison says: "I'm very reluctant to bring up anything because, among other things, I'm concerned about getting a good reference for another rental. Things that are wrong with the place were obviously that way when we moved in. I know a lot of first-time renters are in the same situation. There's an unspoken understanding that you don't complain out of fear you'll be evicted." With his fixed lease period behind him, his lease status has automatically reverted to a month-to-month state of limbo that the landlord can prolong indefinitely. "I don't want to say or do anything for fear that the rent will go up," he says.

Elise C lives in the Sydney suburb of Newtown and is all too familiar with the dangers of complaining. "The house has been falling apart for a while now; no money has been put into it whatsoever," she says. "We finally sent six or seven emails to the rental agent over a few weeks. A little while later we got a letter saying the rent would be going up by $110 a week, starting in a month. I'd say there's definitely a connection between our complaints and the rent increase."

Chris Martin, Senior policy officer at the Tenants' Union of NSW says the advocacy service "gives advice to tenants about getting repairs done all the time – and concerns about whether raising these issues with their landlords will adversely affect their tenancy is a common theme. It absolutely has an effect on their willingness to assert their legal rights."

Spare a thought for the landlord

The rental culture in Australia seems to have given rise to an intrinsic lack of good faith between renters and landlords or the rental agents who represent them. Along with renters being unable to find secure housing, there are many property owners who have to put up with dishonest and deceitful tenants.

Merryl E asked us to "spare a thought for the landlord who sees her property deteriorate with bad tenants; where extra people and animals come for a 'short stay'; where the rent is constantly in arrears; the water and council rates, insurance and repair costs keep going up; and the rent nowhere near matches the mortgage interest and costs".

According to the 2013 International Housing Affordability Survey by the US-based public policy firm Demographia, all of Australia's major housing markets (cities with a population of more than one million) and three-quarters of all our markets are in the "severely unaffordable" category.

This means houses cost more than five times the median income for those areas.

After Hong Kong, Australia is the least affordable of the seven countries reviewed, followed by New Zealand, the UK, Canada, Ireland and the US. The survey's authors say the findings for Australia reflect "vastly overpriced housing" with Sydney, Melbourne and Perth seeing the sharpest spikes since 2000.

The authors say the main message of the report is aimed at "younger generations who have a right to expect they will live as well or better than their parents, but may not, in large part due to the higher cost of housing that is driven by exorbitant increases in house prices relative to incomes".

Between 1995 and 2010, weekly rent has increased by about 45% across the nation, according to the ABS (after adjustments for inflation). But rents in the markets where most Australians live are much higher than in regional Australia (Adelaide's housing costs, for example, are 53% higher than the rest of SA).

In 2008 the Federal Government established the National Rental Affordability Scheme (NRAS) with the aim to stimulate the supply of 50,000 new and affordable rental dwellings across Australia by June 2012.

The goal was to give rental access to lower- and middle-income tenants at 20% below market rates.

Am I eligible to apply?

How does Australia stack up?