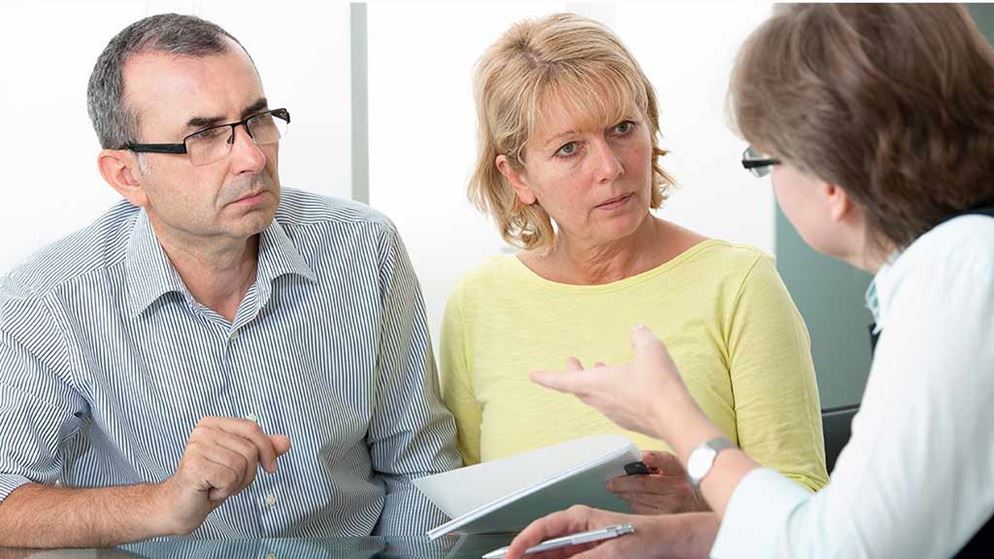 Need more money for your retirement?

Here we take a hard look at a few financial product offerings that can be especially tempting to people nearing retirement age – home equity release products and self-managed superannuation.

The 50-plus set can be especially vulnerable to making risky financial moves based on iffy advice or misleading marketing.

It's a life stage where major money decisions can be unavoidable, and they can leave a permanent scar if you make the wrong one.

There is no shortage of marketing out there aimed at convincing older Australians to cash in on their home equity. It can be a viable option, but only if you need to borrow a lump sum for a necessary renovation, a critical medical treatment, or a similar one-off expense.

Borrowing against your home to help balance your personal budget or fund a round-the-world trip is not a good idea – a point not generally emphasised by the businesses that market equity release products. You'll potentially be giving away the farm in return for a quick financial fix.

For cash-poor Australian homeowners, the marketing of home equity products can be hard to resist, but it probably makes more sense to cut costs and downsize rather than put your biggest asset on the line.

Generally, there are two types of home equity release products, and here's how they work:

With a reverse mortgage, you use the equity in your home as collateral to borrow money, and then repay the loan (plus interest and fees) when you sell your home or die, whichever comes first. It's a potential ticking time bomb because you don't have to make any repayments until one of these events occurs – so the final payback amount can be huge depending on how much you borrowed.

The amount you can borrow ranges from 15 to 20% of the value of your home if you're around 60, to 25–35% if you're 70-something, and you can receive the money in a lump sum, as monthly payments, a line of credit or a combination of all three.

Reverse mortgages aren't as dangerous as they once were since you can no longer end up owing more than your home is worth. Protections against 'negative equity' came into effect in 2012, but the legislation only applies if you took out a reverse mortgage after 18 September 2012.

If you took out a reverse mortgage before then, check your contract to see if negative equity protection applies. It probably will if you borrowed from a member of the Senior Australians Equity Release Association of Lenders (SEQUAL), whose members have committed to preventing negative equity situations from arising per the terms of their contracts.

The new protections were long overdue, and the fact that they became necessary gives a sense of how dangerous reverse mortgages can be.

It's still easy to get into trouble if you take out a reverse mortgage for the wrong reason.

The problem with reverse mortgages isn't hard to get your head around – interest rates are higher than standard home loan rates and they compound over time. That means the interest is continually added to the amount you'll have to pay back when you sell your home. This differs from a regular mortgage, where you pay off the loan and interest along the way. The final bill with a reverse mortgage – the original loan amount plus all the fees and interest added in – can be a whopper.

In short, the loan could easily eat up all the equity in your home, leaving you with nothing when it's time to pay the piper.

Other things to worry about with reverse mortgages:

Saving should begin as early as possible. To get your kids or grandkids started with the best bank, see our review of children's bank accounts.

Home reversion is when you sell part of the equity in your home at a discount and continue living there. When the house is sold, the home reversion scheme provider receives the value of the proportion of equity it originally purchased, at current prices.

Home reversion schemes are an even dicier prospect than a reverse mortgage in the wrong hands, which is saying something. In short, there's a high likelihood that the home reversion scheme provider will get a lot more for its portion of the equity down the track than it originally paid for it – and you will miss out on the difference.

Depending on the state of the housing market when the final sale goes through, it can mean losing out on a big chunk of the ultimate value of the part of your home you sold to the home reversion scheme provider. The younger the home reversion customer – and the longer the provider has to wait for the payoff – the bigger the potential loss. If you're 60, the lump sum you receive when you sell a portion of your house will be discounted at a significantly sharper rate than if you're 80.

It's no coincidence that home reversion schemes are only available in certain parts of Sydney and Melbourne, where housing prices have historically gone up. Homeowners in these postcodes can find themselves asset-rich but cash-strapped as the cost of living increases – and thus become a potential customer for home reversion scheme providers.

At the moment, there's only one home reversion scheme provider operating in Australia – Homesafe Solutions. When we investigated the business back in 2011, we made the point that median home prices in Australia increased by 147% between 2001 and 2011 – and the general trend has certainly continued since 2011. Housing prices in Sydney and Melbourne rose 19.9% and 9.9%, respectively, between September 2014 and September 2015.

Of course, a 70%-plus loss would be an extreme case and the numbers in any indicative scenario could change depending on the future of property prices and the terms of the deal. The point is that you'll likely be selling your home equity on the cheap if you take up a home reversion scheme.

Other things to worry about with home reversion schemes:

The idea of a self-managed super fund (SMSF) is that you take a hands-on approach to your superannuation account and assume responsibility for the fund's performance.

Beware of financial advisers or marketing campaigns that urge you to take charge of your own super account and make it sound like a walk in the park. An SMSF can potentially be a good move, but only if you have considerable financial expertise, a bare minimum of $200,000 to work with, and the time it takes to be a good, hands-on money manager.

You're on your own

Taking the reins on your retirement savings puts you in the driver's seat, but it also makes you responsible for what happens with the investments – even if you're following someone else's advice. And it means you won't have access to the Superannuation Complaints Tribunal, a free and independent dispute-resolution service that's available to traditional retail or industry fund members.

An SMSF can have up to four members (or trustees), who will likely be family members or business associates. If one of them does something to the detriment of the fund, you're on your own even if fraud is involved. With retail and industry funds, you are eligible for compensation under superannuation law in the case of fraud or theft.

The marketing of SMSF is on the worry list of COTA Australia (Council on the Ageing), an organisation that seeks to promote and protect the interests of older Australians.

"We have a lot of concern about the marketing around setting up your own self-managed super fund," COTA chief executive Ian Yates told us. "The message is 'don't worry, we'll look after it', but there's no mention of the exorbitant fees that are often involved. And people can be hectored into borrowing to buy property."

"People are apparently being approached to set up a self-managed super fund who have $100,000 or $150,000 to work with, and that's just not on. The legitimate self-managed super industry is as worried about these charlatans as we are."

Other things to worry about with an SMSF:

So why would anyone even consider switching to an SMSF? You will have access to more investment options and the opportunity to outperform your current fund by making better investment decisions – but whether you can realise this opportunity is another question.

Want to talk to someone in person?

Financial Counselling Australia offers free, independent financial guidance, either on the phone or face to face: 1800 007 007.