The thick and thin of obesity

A poor diet and limited exercise are the classic causes of obesity, but recent research suggests some other factors may be at play. 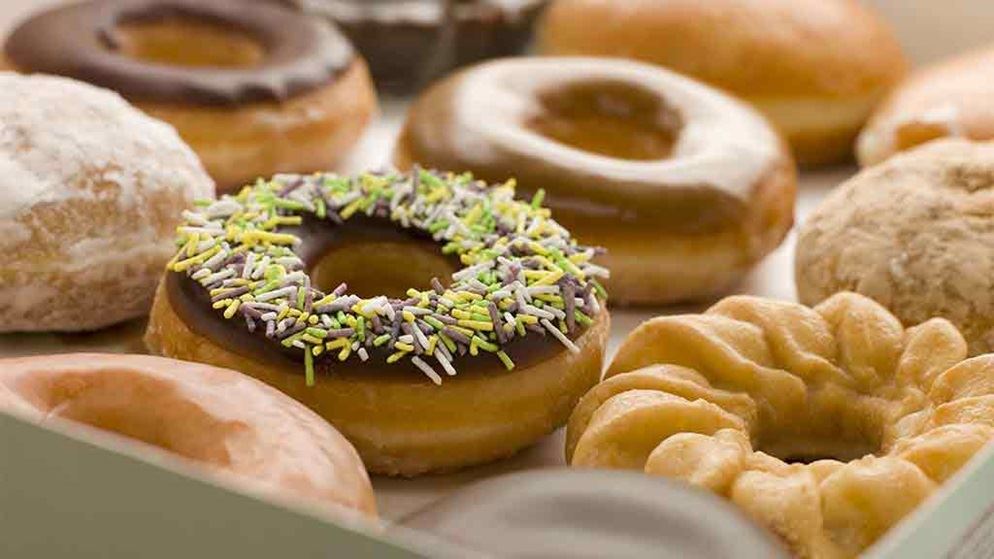 The battle of the bulging waistline

Pants feeling a little tight, but you can’t work out where those extra kilos came from? Put simply, we gain weight and get fat if we suffer an energy imbalance – that is, if the energy we eat exceeds the energy we burn off through metabolic processes and physical activity. While the shortest solution may be a better diet with regular exercise, weight loss isn’t quite as black and white as that. Put 10 people in a room with similar diets and lifestyles, and you’ll find that some will gain weight far more readily than others.

Rather than simply stick with the “bad food makes you fat” argument, we’ve broken down some research from the last two decades and how it relates to the modern obesity crisis. This can help you develop effective weight-control techniques.

It's generally accepted that while some genes may predispose people to obesity, obesity is not inevitable. Rather, it's an interaction between genetics, lifestyle and environment. Some of the more recent avenues of research into obesity include looking at systemic inflammation, the role of our gut bacteria and environmental contaminants.

Research has shown that obesity and other metabolic diseases, such as diabetes and cardiovascular disease, are linked with a chronic low-grade systemic inflammation. This inflammation, also called 'metaflammation' because of its relationship to metabolic processes, has various physiological effects, including changes to glucose and fat metabolism which lead to insulin resistance and weight gain. Inflammation can be detected by measuring inflammation-related chemicals in the blood.

Researchers have found that a diet high in saturated and trans fats, sugar and high glycaemic index foods, and modern processed or modified foods, is associated with this inflammation. Foods with high energy density and/or low satiety – which feature prominently among so-called pro-inflammatory foods – can result in weight gain and ultimately obesity, which itself has a pro-inflammatory effect as well.

EDCs and other environmental contaminants

There's more to blame for weight gain than fatty foods. Chemicals known to have an endocrine- disrupting effect - called endocrine-disrupting chemicals, or EDCs - may also be linked with obesity.  These include certain phthalates (chemical plasticisers), which are found in plastics, cosmetics and fragrances. They can make their way into food via plastic packaging and containers.

Foreign chemical compounds that have a negative impact on the development and balance of lipid metabolism are known as obesogens. These are stored in fatty tissue, and are thought to act via an inflammatory effect. However, they may also exert their effects on the genetics of a developing foetus, consequently affecting future generations.

The gut bacteria of the microbiome

Most people are aware that we have lots of bacteria living in our gut, such as the well-known good and bad bacteria that can get out of balance if you’re sick or on medication. Collectively called the microbiome – and considered by some to be an ‘organ’ in its own right – the bacteria in and on us comprise about two kilograms of our body weight, outnumbering human cells 10 to one. The importance of the microbiome is gaining more and more attention, and has since been linked with metabolism and metabolic diseases, including type-2 diabetes and obesity.

It’s known that obese and lean people have different bacterial profiles, though whether this is a cause or effect of obesity is unknown. For example, when sterile (bacteria-free) lean mice are exposed to non-sterile obese mice they gain weight, despite there being no change to their energy intake, suggesting that the bacteria are to blame.

There are several suggestions as to how the microbiome may cause obesity. For example, certain bacteria that are predominant in obese people are better at extracting energy from food for the host, leading to weight gain. It's also been suggested that the microbiome is linked with obesity through inflammation. Other theories relate to chemical or hormonal communications between the host and the microbiome, or the regulation by the microbiome of host genes related to energy expenditure and storage. The use of antibiotics in human and veterinary medicine has also been linked with obesity.

Small trials in which microbe-rich faecal matter (that's poo to you) is transplanted from healthy individuals into the lower intestine of people with colitis have been successful in treating the disease, leading some to suggest similar treatment for obesity and type-2 diabetes. However, there are far too many unknowns at this point, such as which bacteria and pathogens are beneficial, and whether artificially changing someone’s microbiome may have side effects.

Unfortunately we can't always blame chemicals, EDCs or bacteria for weight gain. More often than not, weight control can be influenced by factors that are under your control, including diet, sleep, exercise and stress.

Although effective weight management isn't as black and white as eating the ''right food,'' a healthy diet still plays a significant role. However, a popular myth that's often used to promote low-carbohydrate diets is that advice to follow a low-fat diet has failed, resulting in population weight gain despite eating less fat. There are claims that fat has been unfairly demonised and carbohydrates are to blame.

While it's true that the percentage of total kilojoules, or energy, we receive from fat has decreased, we're eating more kilojoules than ever. At the same time, the absolute amount of fat has in fact increased in the last few decades.

It's easy to blame high fat and/or sugar junk food such as ice-cream, biscuits, chocolate, pizza, soft drink and chips for weight gain, but eating excessive amounts of energy-dense healthy foods –muesli, dried fruit, nuts, seeds and dairy foods – instead may also cause weight gain. Meals that appear to be healthy, low-kilojoule options, such as salad, might conceal high-fat dressing, croutons, hard cheese and fatty meats. Fruit juice can also be a problem, with many people not realising how much energy it contains: measure for measure, juice contains more nutrients than fizzy drinks or beer, but the energy content is similar. The vitamins in fresh juice don't ''cancel out'' the sugar content.

Even some low-fat or reduced-fat processed foods – such as ice-cream, pastry, biscuits, or flavoured yoghurt – may result in weight gain because the fat may be replaced with sugar to make it tastier. So these often (though not always) contain as many kilojoules as regular-fat products – but because they’re ''low fat'', people think they can eat more of them. This doesn't mean low-fat products should be avoided altogether. Many low-fat dairy products such as milk and cheese contain as much or more protein and calcium as their regular-fat counterparts, but less fat (much of which is saturated) and fewer kilojoules.

Kilojoule for kilojoule, the time of day doesn't seem to make much difference, but it may affect how much and what you eat which could lead to weight gain. Studies show that people who eat a good breakfast within a couple of hours of waking are less likely to be overweight that those who don't – and, conversely, that breakfast skippers are more likely to be overweight, possibly because they eat high-fat or high-sugar foods later in the day. If you eat well earlier in the day, you may have more energy to be more active during your waking hours, ultimately burning more energy.

Other studies have found that many overweight people overeat at night-time, and that night-time meals are often fattier than other meals. This is especially true for those who eat lightly during the day, when they over-compensate for the lack of food, while many people gorge on junk food later in the day when they're tired, stressed or overwhelmed.

Get your move on

Physical activity is important for weight control but according to the Australian Bureau of Statistics, about 60% of people aren’t getting up and about as often as they need to. Cardio exercise such as walking or jogging helps, but you're only burning energy while you're doing it. Resistance training or weight lifting results in increased muscle mass, which boosts your metabolism so you're burning more energy even when you're not exercising.

The modern workplace and leisure activities are becoming increasingly sedentary, thanks to labour-saving devices that reduce the need for active work and pastimes with limited physical movement, such as gaming or watching television. These are sometimes coupled with junk food consumption, particularly among children. At the same time, foods shown on TV that entice us to eat after watching TV – possibly by increasing levels of the appetite-stimulating hormone, ghrelin – may relate to obesity.

Interestingly, rates of obesity among old-order Amish people, who live much like our pre-industrial revolution forebears did, are correspondingly lower, despite having a diet high in saturated fat and refined sugar. These Amish walk an average of about 16,000 steps a day (as measured by a pedometer) as opposed to the average Australian adult's approximately 9000 steps and the average American's approximately 5000.


Take a bite out of stress 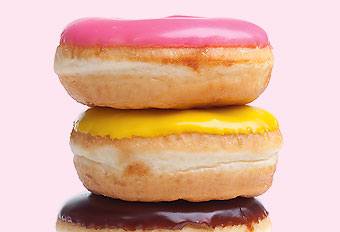 Many of us know the feeling of wanting to eat something when we feel stressed or exhausted after a long day. Usually we prefer something high in fat and/or sugar, as it's a form of emotional eating. While it may make you feel a little better, there's actually a chemical cascade going on within us that makes us want to do this, with the unfortunate effect of potentially inducing weight gain.

When you suffer from chronic stress, your body increases its production of cortisol. Higher levels can be useful because they prepare the body for action by increasing blood sugar and insulin release, providing an energy burst. However, prolonged, abnormally high levels of cortisol are a problem, because it increases appetite and also causes the elevated blood sugar to be stored as fat that is more likely to be deposited in the abdomen. Stress also increases the release of a neurotransmitter called neuropeptide Y, which has a double-whammy weight-gain effect of increasing appetite and conserving energy. At the same time, leptin - which helps control the effects of neuropeptide Y - is decreased.

Get some sleep, but not too much!

Consistently sleeping too little (less than six hours) or too long (more than eight hours) has been shown to increase the risk of obesity, as well as other diseases such as diabetes and cardiovascular disease. In sleep-deprived people, levels of the hunger-stimulating hormone ghrelin tend to be higher, while the appetite control hormone leptin is generally lower in sleep-deprived people. This means people who sleep less tend to eat more, especially carbohydrate-rich or fatty foods – and they more than compensate for the extra energy required for being awake longer. At the same time, people who are hungry tend to sleep less, meaning a food-deprivation diet could be counterproductive.