We look into the gut-busting strategies that are really nothing but hot air. 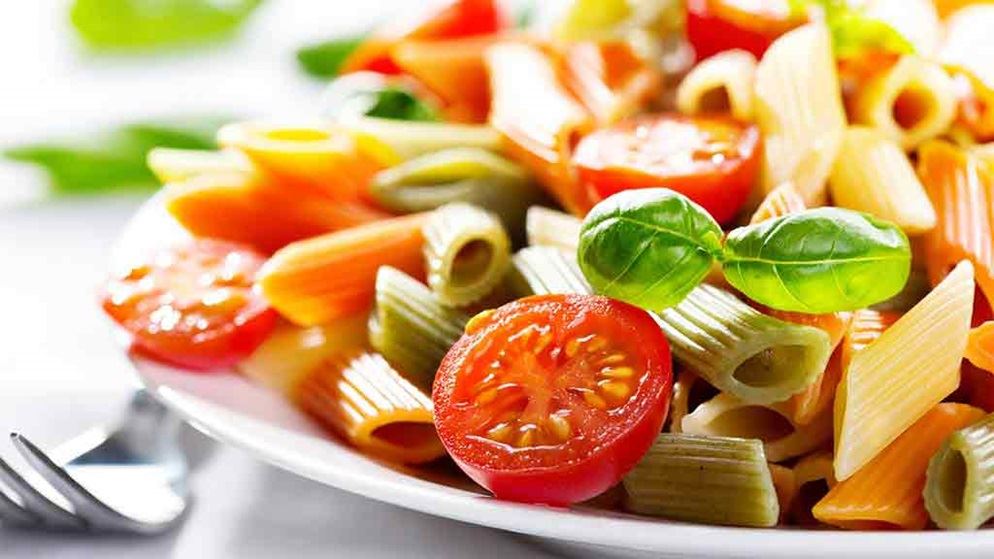 Dieting but not losing weight?

There are many myths and lies around weight loss that can make it very hard to reach and maintain a healthy weight. In order to get to the bottom of some of them, we spoke to a group of practicing dietitians.

These professionals, frustrated by the myths and misconceptions they encounter in their everyday endeavours with people trying to lose weight, believe misconceptions can have various negative effects and can often result in:

Here are the 10 most common or problematic myths and misconceptions around weight loss, as identified by our in-house experts and a survey of professionals working in the field. In order to set the record straight, we've also presented the facts about these miracle myths.

1. The less you eat, the more weight you'll lose

The human body has evolved superbly to conserve as much energy as possible. When the body feels as though starvation is imminent, the metabolism slows down to ensure vital processes can continue.

While skipping meals – or even cutting energy intake to extremely low levels like those experienced while detoxing – may seem like a good weight-loss strategy, ultimately it will backfire as your body tries to conserve as much energy as possible. While you may appear to lose weight, much of this will be water. You'll also lose muscle tissue as your starving body clings to its precious fat reserves in what it perceives to be hard times.

When you inevitably stop starving yourself, the body will quickly build up fat reserves in preparation for the next bout of starvation - the net result being that you'll have replaced muscle with fat. And because muscle burns more energy than fat, your metabolism will be slower and you'll gain more weight.

Variations on this theme include "no carbohydrates after 3pm" and "no eating anything after 6pm". Intuitively, this makes sense – after all, you're not burning much energy while you sleep, so it's all piling on as fat, right?

It's true your digestion is slower at night, but the net effect of the energy intake is much the same no matter when you eat – so studies have repeatedly found that, all things being equal, it makes no difference whether you eat your largest meal at breakfast, lunch or dinner.

On the other hand, when you eat may affect how much and what you eat, which can lead to weight gain. Studies show that people who eat a good breakfast are less likely to be overweight that those who don't. If you eat well earlier in the day, you're likely to have more energy to be more active during your waking hours and will ultimately burn more energy.

Bottom line: It's what you eat and how much that matters most, not when.

When adopting a healthier eating plan, many people find they get hungry if they're eating less than they're used to. There are a few ways around this:

Either strategy is fine, so long as you don't skip meals or go for too long without eating: if you do that, your metabolism will slow down.

Bottom line: It doesn't matter how many times a day you eat – just make sure you don't consume more energy than your body requires.

Not necessarily – although, as with protein, fat or alcohol, too many carbs can be fattening. Carbohydrates include sugars and starches, and occur naturally in cereals, vegetables and fruits. They're your body's preferred source of energy, and the only source of energy for your brain.

Sticking to carbohydrates with a low glycaemic index (GI) may help you lose weight, but isn't always the answer: many low-GI foods are high in fat as well as sugar, such as chocolate and cake (the fat slows down the absorption of sugar, which makes the GI rating low). By contrast, some high-GI foods such as rice, potatoes and watermelon are actually good for you.

Highly refined carbohydrates such as sugar and white flour are found in lollies, biscuits, cakes, white bread and white pasta. These could easily be replaced with more nutritious options such as fruit, wholegrains and even nuts (using nutmeal in place of flour, for example).

The idea that you shouldn't combine protein and carbohydrates in meals is nonsense. There's no evidence this strategy has any weight-loss benefit beyond restricting energy intake. Some foods (wholegrain and dairy foods, for example) contain both protein and carbohydrate, so in theory you'd have to avoid eating them and miss out on their valuable nutrients.

Fat makes you feel satiated (full), and we need some fat in our diet for various body functions, including absorbing some nutrients. However, fat is very kilojoule-dense, and too much promotes weight gain.

Some fats are better than others. Monounsaturated and polyunsaturated fats found in nuts, olive oil and avocado are good for you. Essential fatty acids found in fish, nuts and seeds are, as their name suggests, essential because your body can't produce them. By contrast, saturated and trans fats are not particularly good for you, and are linked to cardiovascular disease.

Choosing low-fat or reduced-fat processed foods such as ice-cream, pastry, biscuits or flavoured yoghurt won't necessarily help with weight loss, because the fat may be replaced with sugar for flavour. In fact, these products often contain as many kilojoules as regular-fat products, so always compare the nutrition panels on the labels. However, many low-fat unsweetened dairy products such as milk and cheese contain as much or more protein and calcium as their full-fat counterparts, with less saturated fat and fewer kilojoules.

Bottom line: Cutting down on saturated and trans fats, while including small amounts of good fats in your diet, provides valuable nutrients, satiety and enjoyment of food.

6. Aerobic exercise is better than resistance training for burning kilojoules

Aerobic exercise, such as jogging, tends to burn more energy than weight-lifting as you're doing it. It's great for cardiorespiratory fitness, meaning you increase your body's ability to use oxygen efficiently for energy, strength and endurance. However, resistance or weight training also offers several weight-control benefits:

Bottom line: Aim for a combination of aerobic exercise and resistance training.

7. Celery has "negative calories" because it uses more energy to digest than it contains

Various foods – mostly fruits and vegetables – attract the claim that they are "negative calorie". While it's true some require more energy to digest than others, none requires more energy than it contains.

It's important to remember that while the differences between food types might seem quite large, they are actually fairly insignificant in the context of your whole diet.

Other foods that supposedly help with weight loss due to metabolic effects include green tea, chilli and caffeine. Again, the overall effect is insignificant. Don't believe the hype around foods that allegedly stop fat being absorbed, such as lemon juice or grapefruit.

Bottom line: There are no magic weight-loss foods.

8. Cut out all chocolate, ice-cream, biscuits and chips because they're just empty calories

Depriving yourself of pleasurable foods is often the downfall of weight-loss programs; when you don't have it, you may start obsessing about it and crave it even more.

Dr George Blair-West, a Queensland-based psychiatrist who specialises in the psychology of weight loss, recognises the importance of eating your favourite foods as part of a healthy, sustainable eating pattern. He suggests identifying a few "high-sacrifice" foods – the ones you'd really miss if you could never eat them again – and then eating a small amount of one such food slowly and mindfully in the morning, when you're less likely to binge or overeat.

It's easy to overeat tasty treats that are high in fat and/or sugar, such as ice-cream, chocolate, pizza and chips. But simply replacing them with vast amounts of energy-dense healthy foods – such as muesli, dried fruit, nuts, seeds and dairy foods – may not result in weight loss.

Then there are foods that have a reputation for being healthy, such as salads, which can be great source of fresh vegetables and, with a little added olive oil, healthy fats. However, adding excessive oil, fatty dressings, croutons, hard cheese or fatty meats won't help with weight loss. A healthy-sounding McDonald's Crispy Chicken Caesar Salad with dressing, for example, has almost as many kilojoules as a Big Mac.

Fruit juice is a another major trap; dietitians tell us that many people don't realise a large, freshly prepared juice may contain 1000kJ – as many as in three or four pieces of fruit – yet without the fibre content of whole fruit it's not as filling, so you keep drinking it. Many people also don't realise that while juice contains more nutrients than fizzy drinks or beer, its energy content is similar.

Bottom line: Keep a food diary noting kilojoule counts, so you know how many you're consuming.

10. You don't have to cut down on food to lose weight – just exercise more

It's surprisingly difficult (though not impossible) to lose a significant amount of weight by only exercising more. To lose half a kilogram of fat per week, you'd need to burn an extra 2500kJ per day – about 7-9km of brisk walking or 6-8km of jogging.

Such exertion may make you tired for the rest of the day or sleep longer at night, and may also make you hungrier, so you'll offset some of that good work by eating or resting more than usual. The best way to lose weight is to simultaneously reduce kilojoule intake from food and increase activity to maintain muscle mass and burn energy.

Bottom line: To lose weight, you need a combination of healthy eating and physical activity – in other words, eat less and exercise more.

This causes overeating and a preference for high-calorie foods, and ultimately leads to weight gain – people who report sleeping five hours a night are much more likely to become obese compared to people who sleep seven or eight hours a night.