We review the ins and outs of gastric banding and other weight-loss surgery options to help you decide what's right for you. 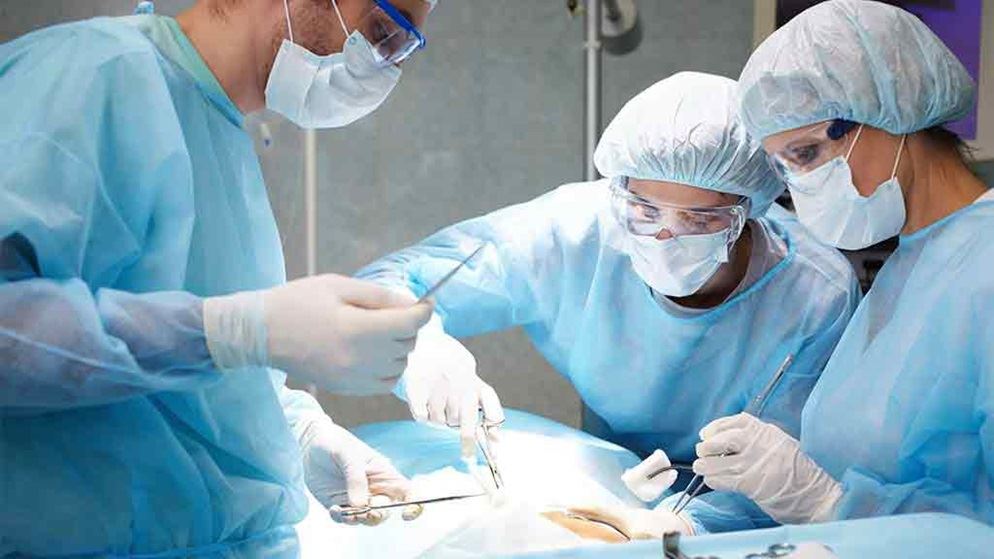 Are you considering surgery to help you lose weight?

By some estimates, almost one in five Australians are obese. Others have put this figure at more than one-quarter of the overall population, and it's likely to increase over time. Whatever the numbers, it's undeniable that more and more Australians are becoming dangerously overweight.

For those who are morbidly obese, obesity surgery – otherwise known as bariatric surgery – has the highest success rate. Over the last decade, the number of Australians undergoing bariatric surgery has increased from less than 1000 patients in 1998 to 17,000 in 2008, so we look at the risks and benefits of this increasingly common approach.

The band used in this procedure is like an inflatable ring that's placed around the top of the stomach. This slows down the speed of food travelling through the opening, and the sensation creates a feeling of satiety (fullness), leading to smaller meals. The device has an access port that lies underneath the skin, and the size of the band can be altered by injecting saline to make it tighter, or withdrawing saline to make it looser, without the need for even a local anaesthetic.

This adjustability is a large part of its appeal – it means the size of the opening can be tailored very precisely to an individual's needs, and even altered over time (during pregnancy or illness it can be loosened, for example).

In this relatively new technique, your stomach is stapled down its length, leaving a wide tube running between the oesophagus and intestine. Volume is reduced from about 1L to 100mL-200mL. The procedure is done laparoscopically, and simply reduces the amount of food you can eat, not the type. Initial weight loss appears to be slightly higher than gastric banding, with a similar performance in terms of maintaining weight loss.

Because it's a "set-and-forget" procedure, it may be a better option than banding for people in rural and remote areas who don't have easy access to banding clinics. The procedure is relatively new, so long-term data is scarce. However, it can fail over time due to the tube stretching and creating a bigger pouch. If weight loss is insufficient, surgery to re-route food through the small intestine (a biliopancreatic diversion and/or duodenal switch), reducing absorption of fat and other nutrients, can be done at a later date.

This procedure combines restriction of stomach volume with reducing absorption of fat and other nutrients, and variations of the procedure account for more than half of all bariatric procedures performed worldwide. The stomach is divided into a small upper pouch and a much larger lower pouch, and the small intestine is surgically "rearranged" to allow both pouches to stay connected to it.

This procedure has a long track record, with good rates of weight loss, and may be recommended for people likely to sabotage their own weight loss by eating sweets, chocolates, ice-cream, milkshakes and other low-bulk, energy-dense foods. This "dumping syndrome" means such foods go straight through, causing diarrhoea and foul-smelling stools. The procedure isn't reversible, and you'll need a nutritional supplement for the rest of your life.

Who should consider gastric banding? 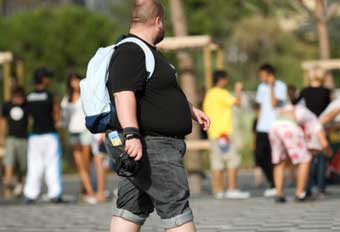 When all else fails, surgery may be an effective treatment for morbidly obese people suffering associated health issues. Even critics agree there's a place for gastric banding in the treatment of obesity, but with certain provisos.

It should be promoted as a tool for weight loss, not a miracle cure. Many gastric banding procedures are offered as part of a package, which includes sessions with a dietitian, psychologist and exercise physiologist, to educate the patient and help resolve lifestyle and emotional issues that contributed to their obesity. Your GP should also be involved.

Some packages include regular or even unlimited visits to the clinic for monitoring and general support; one even promises support "for life". It's important to establish whether these visits are part of the upfront cost, bulk-billed, or if you have to pay at some point.

Surgery must be marketed ethically, without the hard sell or pressure on the patient to assent, and with enough information about the potential risks, complications and life after banding for the person to make an informed choice.

There's increasing concern that gastric banding is being offered to teenagers and people with a body mass index (BMI) below 35 – even close to 30. Some argue its application should be limited to people aged 18-65 with a BMI above 40, or above 35 with one or more associated conditions (such as type 2 diabetes or pre-diabetes). 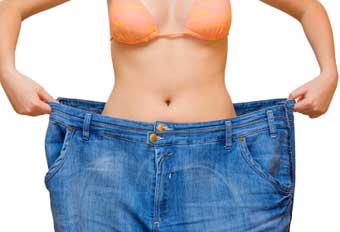 Short-term effects of the gastric band are encouraging, with an appropriate rate of weight loss (about 0.5kg to 1kg per week) and few major medical complications over the first one or two years. Total weight loss peaks at about three years, with about 50% of excess weight lost by this stage. For many people, this resolves or improves obesity-related conditions such as type-2 diabetes, high blood pressure and sleep apnoea.

As with any surgical procedure, there are risks of complications both with the surgery itself and post-operatively. These include:

Some studies have found that weight loss isn't always sustained over the long term, and weight tends to creep back up (though for many people the gains are relatively minor in comparison). Complications appear to continue over time – one study found that 76% of subjects experienced one or more complications related to the device over 13 years. Ulceration of the oesophagus and respiratory problems may also appear over the medium- to long-term.

Gastric bypass surgery is the most common bariatric surgery procedure in Europe. This appears to be more effective in the long-term – and although short-term risks and complications (including death) are higher, in the medium- to long-term they're fewer. Despite these concerns, 95% of bariatric procedures in Australia involve laparoscopic adjustable gastric banding. There are even calls for it to be made more widely available in public hospitals.

Professor Paul O'Brien, an Australian pioneer in the field, points out that much has changed since 1994 when he first started. He estimates about half of his early patients needed some sort of revisional surgery to correct problems, similar to the failure rates reported in various long-term (10 years or more) follow-up studies.

These days O'Brien believes that with improvements in both operating techniques and devices, the likelihood of someone needing follow-up surgery is closer to 10%. Success depends partly on the experience of the surgeon, and on the patient; if they don't follow the rules, and eat too much or too quickly, the chances of something going wrong are much greater.

So it's not risk-free, and having the surgery is certainly not a decision to take lightly. However, extremely obese people who remain obese are much more likely to die prematurely than people who've had the surgery and lost weight. 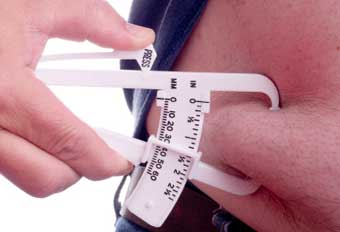 Obesity is usually defined as having an excess of total body fat. This excess is measured in several different ways, but the most common measure is body mass index (BMI). Your BMI is your weight (in kilos) divided by the square of your height (in metres). A BMI of 18.5 – 25 is considered 'normal', 25-30 is overweight and over 30 is obese.

There are several classes of obesity, and the term "morbid obesity" applies to people who have a BMI over 40, or have a BMI over 35 as well as some associated major medical conditions, such as high blood pressure or diabetes. People with a BMI over 30 can sometimes include sportspeople and weight lifters heavy with muscle tissue, who aren't strictly obese because they don't have large amounts of excess body fat. On the other hand, some people, the elderly for example, may have a 'normal' body weight but a high proportion of fat compared to muscle.

The road to obesity

Long-term studies tracking the diet and lifestyles of individuals have identified the following behavioural and dietary habits as being strongly associated with weight gain and obesity:

After spending years and years – and an estimated several thousand dollars – on unsuccessful diet programs, gym memberships and "all sorts of herbal pills and potions", 36-year-old Hayley weighed close to 125kg when she decided to have a lap band in 2008.

"Apart from feeling a bit battered and bruised, and experiencing some stitch-like pain near the port, having the band put in wasn't too bad. The biggest problem was an overwhelming feeling of fear that I'd fail, especially before the first fill when I didn't feel any different when I ate. I'd tried everything else and failed, and the surgery was a last resort. If this failed, then what?"

"I expected to lose a lot of weight fast at first, but I was disappointed that I only averaged about 1kg a week. However, my doctor was happy with that, and after talking to others it's apparently quite normal."

A typical day's meal now would include a piece of toast with butter and an egg for breakfast; a skinny latte for morning tea; crackers with ham, avocado and mayonnaise for lunch; a skinny latte and fruit for afternoon tea; and a crumbed fish fillet, small potato and coleslaw for dinner, and a chocolate Paddle Pop later.

"Overall I eat healthier food than before, and because I'm eating so little I buy good-quality food – expensive cheeses and so on. But I also have treats."

At the time of writing, her weight was 98 kg: "Back in the double-digits for the first time in years".

At 112kg, Wendy was banded in 1998, and after eight years was only a few kilograms less than her starting weight. Soon after getting the band she experienced problems when eating solid food, and it seemed like she vomited after just about every meal. Then, to stop feeling hungry, she'd fill up with Mars Bar smoothies.

"My skin looked terrible, my nails were brittle and my hair was falling out. I really craved nutritious, healthy food, but couldn't stand the thought of vomiting it up."

"I felt ashamed that I had failed, and it took almost 10 years to get the courage to look for another doctor to get their opinion. It turned out the band hadn't been inserted correctly, and had slipped, and the port had flipped as well. I was angry with my original surgeon, but I was also happy and relieved it wasn't my fault; that I hadn't failed."

Wendy decided to have another band put in, and while sitting out the private health insurance waiting period, the clinic's dietitian helped her work through the diet so she was eating "proper" food that she could manage with the faulty band.

"After meeting lots of other 'bandits' through an online support group, I would say the surgery itself hasn't changed all that much over the years, but the pre- and post-operative care has vastly improved, with a nurse, dietitian and an exercise program to help you. [However] 10 years ago it was more or less a case of, 'There's your band, call me if you want. Have a nice life'.

"I recently had the band replaced, and am confident this time - with more knowledge, and better ongoing care and follow-up - it will be more successful."

At present, most surgery is done in private hospitals and costs between $10,000 and $13,000. Even with private health insurance, out-of-pocket expenses are in the order of $3000 to $5000, so think carefully about whether this is the right option for you.