Faces penalties possibly in the millions. 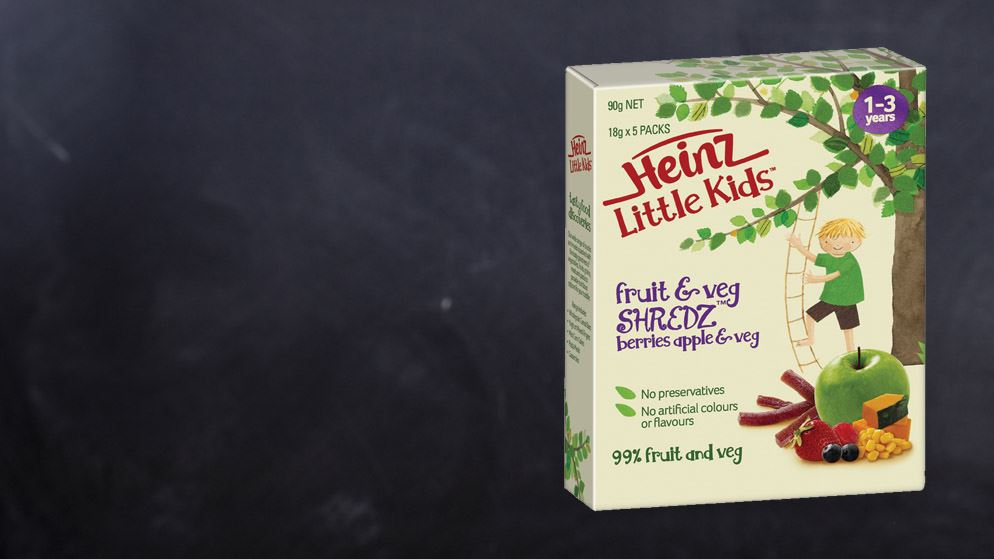 Heinz misled shoppers by advertising its range of Little Kids Fruit & Chia Shredz treats – intended for children aged between one and three – as '99% fruit and veg', the Federal Court has ruled.

The proceedings were brought against Heinz by the Australian Competition and Consumer Commission (ACCC) in June 2016, following the findings of a CHOICE investigation.

The treats were more than 60% sugar, when an apple contains just 10% sugar.

"I am satisfied that the packaging of the Berries Product does convey a representation that it is a nutritious food and beneficial for the health of children aged 1-3 years," says Justice Richard White.

"A not insignificant number (at the least) of ordinary reasonable consumers would have understood it in this way."

The treats were sold in a trio of different flavours for three years until May 2016, before being discontinued by the company.

The ruling will deter other companies from making exaggerated health claims, says Delia Rickard, acting chair of the ACCC

"Businesses that make false or misleading claims about the health benefits of products face serious consequences," she says.

"We were particularly concerned by Heinz' conduct because the Shredz products were marketed as being beneficial for young children."

Heinz maintains the treats were made from "99% fruit, vegetable and chia seed ingredients", though the company plans on reviewing the packaging of its product range.

"Heinz is disappointed with the outcome but respects the decision that has been made," says Bruno Lino, managing director of Heinz.

"We are presently reviewing this matter carefully to see if there are any further learnings which can be applied going forward."

The court will hand down penalties at an upcoming hearing. Fines for each breach of the Australian Consumer Law can be as much as $1.1 million.

Update, 21 Mar: This article has been updated to include commentary from Heinz.

It shouldn't be difficult to tell if foods contain added sugar. Tell your food minister that you want added sugars clearly identified.