All your questions and concerns answered about the Health Star Rating food labelling system and how to use it. 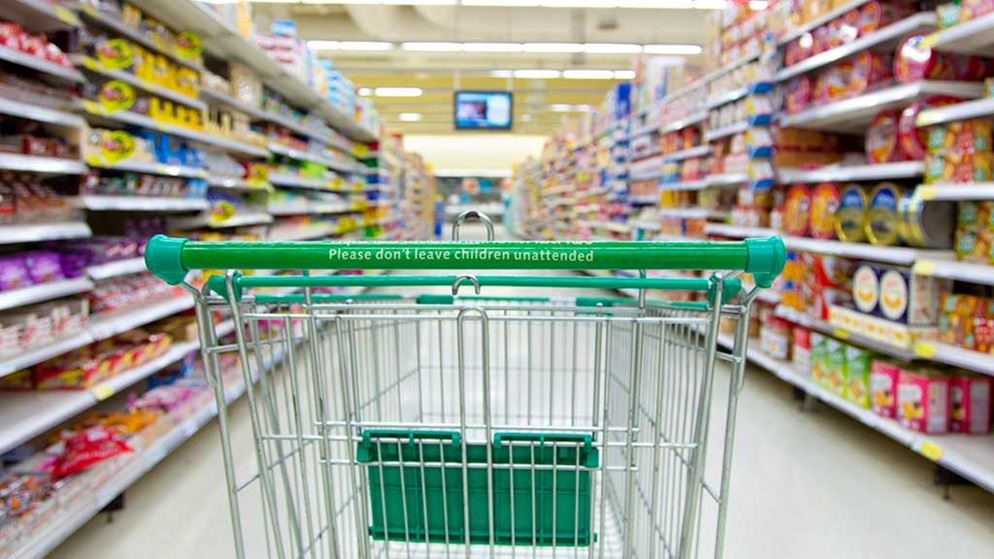 Making healthy food choices can be difficult, particularly when faced with the many claims frequently made on products.

Products claiming to be low fat are often packed with sugar and high in kilojoules. And claims of added vitamins and minerals can be masking a product with few other redeeming nutritional features.

The Health Star Rating (HSR) system addresses this. It ranks food products on a scale from half a star (least healthy) to five stars (most healthy), allowing you to make healthier choices at a glance.

But how does it work? We answer the most frequently asked questions below.

How are health star ratings calculated?

The Health Star Rating (HSR) system ranks food products on a scale from half to five stars – the more stars, the better the nutritional choice within a particular product category.

The rating is based on an algorithm which firstly takes into account kilojoules plus three 'bad' or 'negative' nutrients – saturated fat, sodium and total sugars.

These four aspects of a food – kilojoules, saturated fat, sodium and sugars – are associated with an increase in the risk factors for chronic diseases like type 2 diabetes, heart disease, gallbladder disease and obesity which is why they're the basis for the rating.

This is balanced against the 'positive' aspects of a food – its fruit, vegetable, nuts or legumes (FVNL) content, as well as the protein and dietary fibre content in some cases.

Today we have a dizzying array of choices, and even among relatively healthy products it can be overwhelming trying to choose the one that's better for us.

Add to this time pressures, shopping with small children or other everyday life circumstances and it's just not good enough to expect consumers to go it alone, poring over labels.

Enter the health stars, which give you at-a-glance ratings to compare similar products side-by-side on the supermarket shelf.

HSRs were developed with considerable input from public health and industry groups in a government-led process.

While CHOICE has been actively involved in its development, it's not our system. However, we back the criteria because they reflect the best dietary advice available to consumers.

Food and nutrition are areas in which people have strong views and there is certainly a diversity of opinion as to what is best. But the HSR calculator has been designed to reflect the Australian Dietary Guidelines, and has the support of leading nutrition experts.

Why was 100g/mL chosen as the amount to calculate health star ratings?

Consumer research conducted to inform HSRs found that consumers prefer nutrition information based on 100g/mL because of confusion over serving size.

Moreover adults, children, males, females, more active or less active people may have different serving size requirements, so serve sizes can over- or under-estimate the amount people should eat, meaning nutrition labelling based on serving sizes can be misleading.

A consistent measure like 100g/mL allows consumers to compare products easily within categories.

So if you're comparing peanut butter products to see which is the healthiest option, for example, the information per 100g/mL will allow you to make an easy and accurate comparison.

Will I be seeing health star ratings on all foods?

No. The HSR system was designed to be used on packaged food products – a good rule of thumb is that if the food product has a nutrition information panel (NIP), it can have a health star rating.

Products exempt from NIP labelling, and therefore the expectation of health star labelling, include:

I've seen some treat foods such as cake with more stars than staple foods such as bread. Does this mean I'm better off eating cake than bread?

In a word, no. HSRs should be used to compare like with like – think similar products that are side-by-side on the supermarket shelf.

If you're choosing wholemeal bread, for example, one with more stars should be a healthier option than the one next to it with less.

And even when it comes to processed snack foods or treats like cake, you can still make healthier choices by choosing an equivalent product with more stars on its label.

What was the controversy about Milo's health star rating?

Milo was originally labelled with an HSR of 4.5 – an 'as prepared' rating based on adding skim milk. Milo on its own – or 'as sold' – receives an HSR of just 1.5.

CHOICE awarded Milo a Shonky in 2016 and raised concerns more broadly about companies being able to inflate the HSR of their products in this way.

Ministers subsequently agreed to limit the application of the HSR system to the product 'as sold'. That is, the HSR should be calculated and displayed on the basis of the product as it appears on the shelf (with exemptions for products which must be rehydrated with water, diluted with water, drained of water or drained of brine).

Milo no longer displays the 4.5 star rating on its label and CHOICE has called on the company to display its 'as sold' 1.5 star rating.

Will health star ratings force costs onto food companies who will need to change their labelling?

The HSR system is currently voluntary. While companies that choose to use it will face some costs, these can be minimised by planning label changes to coincide with other changes.

Research commissioned by government prior to the release of the HSR system indicated that the implementation costs to industry are only a very small fraction of the cost to society of chronic diseases such as diabetes, which HSR labels may help reduce through enabling better food choices.

Don't consumers only care about price and taste?

Taste and price are certainly major factors influencing people's food choices, but many people also factor health and nutrition into their decision. The current state of nutrition labelling makes this difficult.

The HSR system not only helps those consumers directly, it provides an indirect benefit by incentivising companies who choose to apply it to improve the nutritional profile of products.

I thought olive oil was a 'healthy oil'. Why does canola oil get more stars?

Relatively speaking both canola and olive oils score as 'healthy' oils compared with alternatives higher in saturated fat such as palm and peanut oils.

However the main intent of the HSR system is that it applies to processed packaged foods where the content of various risk associated nutrients such as saturated fat may not be obvious.

Should any edible oil be used in a processed packaged food the HSR will reflect the total saturated fat content coming from the fats or oils present, so in this regard it is very useful.

The intent of the HSR system is that it applies to processed packaged foods.

HSRs should be considered in conjunction with the Australian Dietary Guidelines which recommend that you should eat fruit and plenty of vegetables every day.

Why does the system look at the value for saturated fat on the nutrition information panel rather than total fat?

The total fat value on a product's nutrition information panel includes the 'better for you' monounsaturated and polyunsaturated fats as well as the less desirable saturated fat.

For the purpose of the HSR calculator only the saturated fat value is taken into account, as it's one of the four aspects of a food (the others being energy, sodium and total sugars) known to be associated with increasing the risk factors for chronic diseases.

It's the presence and quantity of these four aspects that forms the basis for the score behind the HSR.

Does the health star rating formula take into consideration the positive nutritional value of vitamins, minerals and antioxidants in foods?

Before assigning a star rating it also takes into consideration certain 'positive' aspects of a food, including its fruit, vegetable, nut and legume (FVNL) content – all valuable sources of a range of vitamins, minerals and antioxidants.

A food's protein and dietary fibre content are also taken into account in some cases. Added vitamins and minerals, such as those in fortified breakfast cereals, aren't captured by the calculator.

HSRs were designed to interpret nutrient information and give you an overall picture of the nutritional profile of a food, not to judge how 'pure' or 'natural' a product is.

Including chemicals and food additives in the algorithm that produces the ratings would be very difficult, as well as change the purpose.

We know that food additives are a major concern for many consumers, and the best way to judge the naturalness of a product is by looking at the ingredients list.

How can certain sugary lollies get a higher health star rating than some Greek-style yoghurts, which many would assume to be comparatively healthy?

The HSR calculator is based on an algorithm that awards a star rating based on the quantity of specific food components within the product.

Generally speaking, foods with a greater proportion of nutrients of concern to public health, such as sugars and saturated fat, receive a lower rating than those with less.

Scores for each of these components are also weighted according to the extent of negative impact on your health at varying levels of intake.

At the lower end of the scale, saturated fat is weighted more heavily than sugars, and subsequently has a greater negative impact on the health star rating.

The HSR system was intended to help consumers make comparisons in real-world situations where foods are usually compared against alternatives in the same category.

While a confectionery product may score 2.5 stars, within the category a score of 2.5 stars is rare, yet there are many yoghurts that will score higher than 2.5 stars.

Why have I found anomalies with health star ratings?

HSRs aren't the be-all and end-all to healthy eating.

However, when the system is applied to the packaged products that it's intended for and used to compare products within a category, it can certainly help you make healthier choices – a healthier cereal, yoghurt, bread or frozen meal, for example.

It's particularly useful if you don't have time to study the nutrition information panel and ingredients list but want to cut through the many claims often made on products.

Salt, sugars and saturated fats, which can often be included in seemingly healthy foods, won't be able to hide any more, as these nutrients bring down a product's HSR.

I'm a food producer and I want to apply health star ratings to my products. How do I go about it?

In the first instance visit the government's Health Star Rating System website, and if you have any further questions email the Front-of-Pack Labelling Secretariat or Freecall 1800 099 658.