We look into whether Fairtrade-certified products reduce poverty. 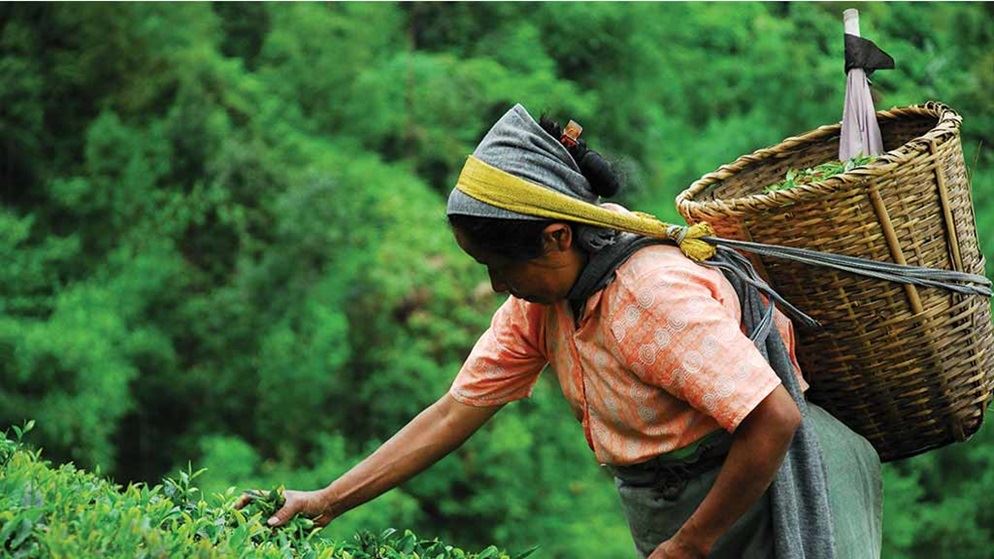 A helping hand for poor farmers in the developing world through the sale of Fairtrade-certified products sounds like a great idea, but questions are being raised about how effective the program is in reducing poverty, and whether big companies are using it to 'green wash' their product ranges.

From cheap clothes and electronics, to chocolate and coffee, consumers are becoming more interested in the working conditions, pay and human rights of the people who have produced their goods.

One of the ways consumers feel they can help disadvantaged farmers is by choosing Fairtrade-certified products which bear the green, black and blue 'waving farmer' logo, meaning farmers get a fair price for produce, plus an extra cash 'premium' that's earmarked for agricultural or social development investment.

The aim of the fair trade movement is to lift rural workers, who have little bargaining power in global trade, out of poverty by helping them earn a sustainable income. But is it working?

How does Fairtrade work?

In the Fairtrade system farmers are organised into Fairtrade-certified co-ops. The buyer pays a 'minimum price' to individual farmers for their produce and a 'premium' to the co-ops, which are obliged to democratically decide how to spend the money. Fairtrade International sets the minimum and premium price for each commodity.

In 2013 global Fairtrade retail sales were €5.5 billion, while an estimated €86 million of premium payments were distributed between 1210 co-ops.

The gap between the billions in retail sales and the millions distributed to farmers may seem large, but Molly Harriss Olson, CEO of Fairtrade Australia and New Zealand, argues that the minimum price and the premium do have the capacity to transform communities.

"One of the first things many communities do with the extra money they earn is to buy a set of scales, so they don't have to rely on the scales of buyers," Olson says. "Some have seen a 45% increase in the money they earn after their produce is weighed correctly."

According to Olson, the process of certification also gives benefits beyond just selling produce – such as teaching communities about governance and collective bargaining, giving them an understanding of democratic principles, and empowering women through voting rights in co-ops.

"We see people investing the premium in improving quantity and quality of crops which they can sell for a higher price or in medical or educational improvements that benefit the whole community," she says.

Does Fairtrade do more harm than good?

According to Dr Tim Scrase, professor of sociology at Australian Catholic University, Fairtrade is well-intentioned, but it's just not possible to judge accurately whether the system is doing more good than harm.

Scrase says Fairtrade might be seen as tinkering around the edges of a broken system – where world trade is rigged to benefit multinationals to the detriment of the developing world – by introducing another bureaucratic system that does little to change the fundamental lack of fairness in global trade.

"There are also concerns that Fairtrade premiums are not being spent according to Fairtrade guidelines – co-ops are less democratic than they are supposed to be – and that the struggle to meet developed-world supply-chain demands is undermining some local cultures," he says. "Some farmers and other producers are being locked out of the system because they don't have the resources and literacy levels to meet the arduous certification requirements."

Olson acknowledges that the Fairtrade system is not perfect. "The vast majority of Fairtrade works brilliantly but we strive to deal with problems as they emerge with transparency and accountability. Until society can find a way to make global trade truly free, Fairtrade is a good alternative to empower farmers to negotiate fairer prices for their produce," she says.

"One of the biggest challenges is getting consumers to understand the deeper meaning of enjoying low-priced goods," she says. "Supermarkets are constantly lowering prices, but 70% of the world's food is grown by smallholder farmers. Three-quarters of rural people in developing countries live on less than $1 per day. Fairtrade goes some way to address that imbalance."

Another criticism of Fairtrade is that the time and cost of complying with Fairtrade certification eats into the profits of some communities, often leaving farmers unable to cover their production costs. This has given rise to the 'direct trade' movement where, for example, specialty coffee companies build an ongoing relationship with a community, buy on 'fair' terms and label products with producer, country, region and farm.

This system is designed to transfer financial benefits directly to farmers rather than channelling benefits through complex administration-heavy certification systems.

The problem with direct trade, however, is that the process is unlikely to have any independent third-party auditing – so consumers have to trust companies really are paying a 'fair' price. And, unlike Fairtrade, farmers are not compelled to operate co-ops democratically, nor are there any environmental or human rights standards that they must meet.

Sceptics suggest that the integrity of the fair trade movement has been diluted as Fairtrade lowers its standards to attract big companies and to get a greater variety of products on the shelf.

One issue is that consumers don't have a deep engagement with Fairtrade certification, says Scrase. "It seems like a nice idea, but people need to do their homework and find out how the system works and whether it fits with their knowledge and expectations of fair trade rather than blindly trusting labels."

Scrase says the value of Fairtrade comes down to an individual's values. "If consumers are concerned about multinationals, perhaps they can consider buying Fairtrade only from companies that make 100% Fairtrade products."

Olson argues that although Fairtrade-certified cocoa only represents a fraction of the 3.5 million tons of cocoa produced each year, the consumer awareness of inequality in the developing world raised by Fairtrade has encouraged big players in the industry to commit to sourcing at least some of their cocoa from sustainable sources. According to Fairtrade International, the cocoa sourcing program raised an additional $1.7 million in premiums for cocoa farmers in 2014.

"Securing long-term contracts from these big players is crucial for poor farmers so they can plan ahead and invest in increasing productivity and quality – which in turn helps generate more income," Olson says. "When Cadbury joined we saw a 23% increase in Fairtrade sales for farmers."

Farmers on certified farms can charge between $150 and $200 more per metric ton than the market price, and the current premium set by Fairtrade International is $200 per metric ton. But a lack of demand for Fairtrade commodities can mean that not all of a farmer's crop is necessarily sold under Fairtrade terms. According to Olson, unless big companies get in on the act and buy a larger proportion of a farmer's yields on Fairtrade terms, farmers will not get the full benefits of certification.

Established in 1997 and based in Germany, the Fairtrade organisation acts as a matchmaker between disadvantaged producers in developing countries and buyers in developed countries who are prepared to pay the 'fair' price for goods. This price aims to cover the cost of production and protect farmers from fluctuations in global commodities markets.

To get Fairtrade accreditation, farmer co-operatives members must be small-scale producers and must meet Fairtrade social, economic and environmental standards.

Every step of the supply chain is independently audited – from farmers, workers and traders in the country of origin, to the traders and licensees who buy the products.

Fairtrade says its program helps framers compete more fairly in a global trade system that favours the market power of the developed world.

From the price of a block of chocolate: