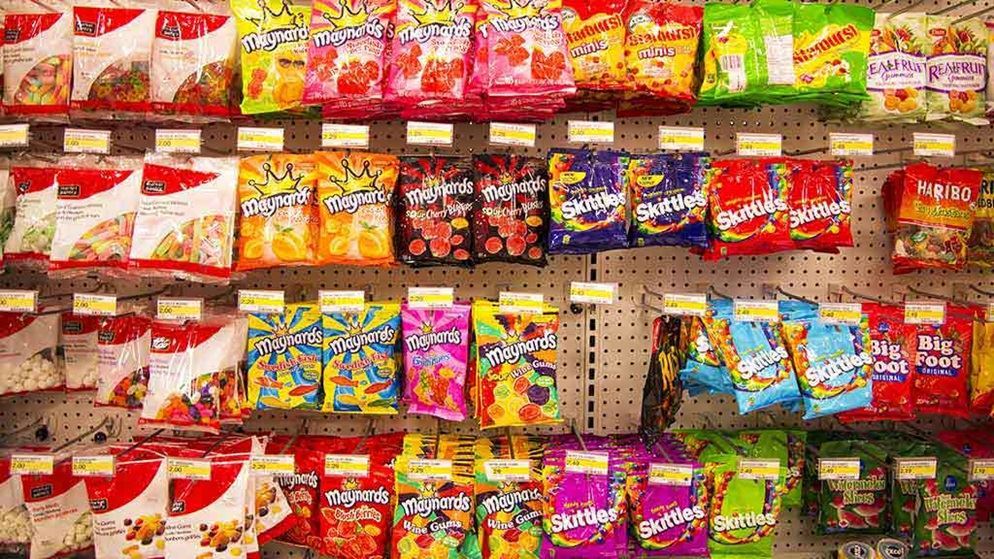 Australia's largest supermarkets have been awarded a fail mark for their role in manufacturing and promoting unhealthy foods in a new independent academic report.

The study took into consideration six different criteria, including whether home-brand products have healthy formulations, whether unhealthy foods are advertised to children and teenagers, and the pricing strategies used to market both junk and healthy foods.

The scores were calculated by putting publicly available data (collected up until the end of 2017) through an assessment tool used by health researchers in more than 20 countries.

Scores below 50 all round

Woolworths was awarded the highest score of just 46%, followed by Coles with 40%.

Discount supermarkets Aldi and IGA trailed with respective scores of 11% and 8%.

Two out of every three adults are considered overweight or obese, says associate professor Gary Sacks, the lead author of the study.

"The vast majority of Australians buy their food at supermarkets, and the way these shops are set up can heavily influence what we buy," he says.

"This power has only grown with the significant increase in sales of own-brand products in recent years, which has meant that supermarkets are now also our biggest food manufacturers," he adds.

Woolworths and Coles were commended for reducing the levels of sodium, sugar and fat, as well as rolling out the government's voluntary health-star rating system, on their own-brand products.

But abstaining from these practices hurt Aldi and IGA's results, as this criteria accounted for 40% of the overall score.

The report says the industry as a whole could make a lot of changes, such as swapping the junk food displayed at registers with healthy alternatives. Or by restricting the advertising of less-healthy foods to children and teenagers.

Most supermarkets welcomed the idea of discussing these issues, but embraced the report to varying degrees.

Woolworths – with the leading score of 46% – was pleased to see its programs recognised by the study, but admitted more work needs to be done.

"While the report highlights some of the progress we have made, we do acknowledge there is more we can do," says Claire Peters, managing director of Woolworths.

"We are determined to lead the way when it comes to helping our customers make healthier choices."

Aldi, which scored 11%, says the report didn't represent its full range of policies and processes, and disputed the findings in a two-page statement.

"Had the research involved in-store findings, rather than desk-based web research, we feel that it would be clearly evident that there is a strong and consistent strategy of not only meeting nationally recognised standards for health, but also exceeding them.

"We also consider our health and nutrition strategy to be meeting or exceeding customer expectations," the company's statement reads.

Supermarket chain IGA, which receives its products from distributor Metcash, says the study overlooked some of its healthy programs and that it was penalised for using a system other than the government's health-star rating.

"All Metcash's private-label food products contain 'Recommended Dietary Intake (RDI) health tabs' that disclose the nutrition intake of the product. We believe this labelling is more beneficial for shoppers than the 'health-star rating' due to the increased nutritional information it provides," says a spokesperson.

A Coles spokesman criticised the report for not taking the important role of exercise for a healthy lifestyle into account and said 1550 Coles-branded products carry health star ratings to help customers choose healthier foods.

"As a member of the Food and Health Dialogue round table, Coles worked with food industry stakeholders to reduce the levels of salt in foods such as breads, cereals and cheese."

The report's lead author says overseas supermarkets have already demonstrated ways to promote healthy shopping, which could be replicated in Australia.

"Several UK supermarkets have committed to provide healthy checkouts, with no chocolates, soft drinks or lollies on display. Supermarkets in other countries also have a much higher proportion of healthy products featured in their weekly catalogues," says Sacks.

"This shows that there is a real opportunity for Australian supermarkets to follow suit and make a positive contribution to the health of our communities."

Do you know how much sugar is hiding in your favourite food? Tell your food minister that you wanted added sugars to be clearly labelled.