Our tips to make sure you don't cruise into trouble. 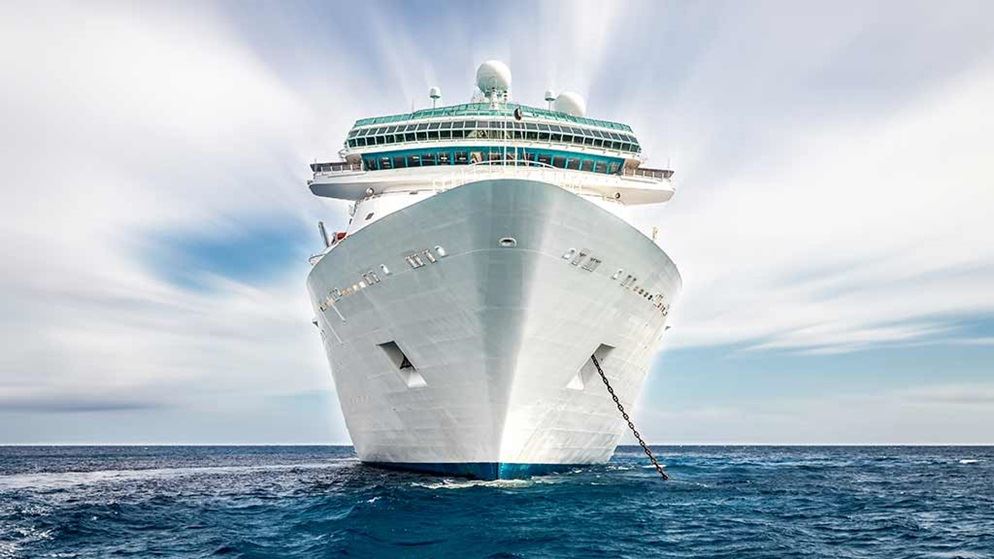 Cruises are renowned for being easy, laid-back holidays where you don't ever have to cook or make your own bed, but unfortunately they're not always smooth sailing. Things can, and do, go wrong when you're on the high seas or even heading up river.

We surveyed 258 Voice Your Choice (VYC) members who've previously been on a cruise to take a look at some of the things that can rock the boat, and offer some tips to make your next nautical holiday that little bit better.

In this article, we look at:

If you end up falling ill before setting sail and have to cancel your trip, without travel insurance there's not much you can do to recoup any down payments you've made. This is the unfortunate situation one of our CHOICE members found themselves in after making a $5000 deposit on a cruise more than a year in advance, only to be diagnosed with cancer a couple of months after making the booking.

It's also important to know that if you fall sick after making your booking but before taking out insurance, that condition will be considered a pre-existing illness by your insurer, meaning you may not be provided with cover for it or you may need to pay extra. And pre-existing conditions can be sticking points between travellers and insurers when it comes to making a claim. In one example provided by the Department of Foreign Affairs and Trade, a 68-year-old man who broke his hip while on a cruise in Alaska was denied payment for $120,000 in medical treatment and a further $70,000 in medical evacuation costs on the grounds that he had previously broken his hip, albeit in a different place.

So your best bet is to get travel insurance as early as you can, and check directly with your insurer about any small print you're unsure about.

Getting sick on a cruise

It's never pleasant falling sick on holidays, but it can be even worse when you're bailed up in the confines of a small cabin, swaying away on the open seas and miles away from solid ground. And while you can fall sick on any holiday, there's one particular illness that's gaining notoriety as the "cruise ship virus" due to a number of outbreaks over the last few years.

Norovirus is a highly infectious virus that causes gastrointestinal illness, with symptoms including nausea, diarrhoea and vomiting without warning. Since December last year three cruise ships docking in Sydney have experienced outbreaks of norovirus, with the most recent outbreak affecting more than 15% of the passengers.

"The nature of cruise ships is that you have a large number of people coming from all over the place and then being confined in close quarters," says Professor Mark Ferson, director of the Public Health Unit of South Eastern Sydney Local Health District, the agency that responded to the Sydney norovirus outbreaks. "The more people you have coming from a wide geographical area the greater the likelihood that someone will be carrying norovirus when they get onboard."

85% of our VYC survey respondents told us they were concerned about norovirus, and one respondent told us they'd been on cruises on which outbreaks occurred: "On two of the three cruises I've been on there was an outbreak of norovirus, which is very disturbing. Both times passengers were informed of the situation and were given advice about how to avoid being infected, but the fact that it is onboard does spoil the enjoyment."

So what can you do to avoid norovirus?

"Personal hygiene is really the key in preventing the spread of diseases like norovirus," says Ferson. "It's really important that people wash their hands before eating and especially after going to the toilet." Another tip, Ferson says, is to use the bathroom in your cabin whenever you can, rather than relying on communal toilet facilities.

Unfortunately travel insurance won't do much if you get struck down by norovirus after you've started your holiday, unless it becomes serious enough that you require medical attention. Some cruise liners have reportedly offered partial refunds when outbreaks of norovirus have occurred, so if you are unfortunate enough to get sick, it's worthwhile trying to seek some form of recompense directly from your cruise operator.

There are many other diseases apart from norovirus that you might encounter on a cruise holiday. To avoid picking up other nasties, Professor Ferson suggests watching what you eat and drink during onshore journeys, particularly when visiting remote islands where sanitation standards aren't exactly ideal. And don't forget the mosquito repellent if you're heading to the tropics or areas affected by dengue fever or malaria. Ferson also recommends getting a flu shot at least two weeks before departing. "This is especially important for pregnant women, the elderly and anyone who is at increased risk of pneumonia or other serious complications if they contract influenza," Ferson says.

Cruises visit some fantastic places, and for 48% of our survey respondents, destination was a key reason for choosing to go on a cruise. But the big question is: once you get there, do you go your own way or book onshore activities through the ship?

You'll usually pay a premium for booking your onshore activities with the cruise company, and 79% of our survey respondents found this was the case. Only 12% found no difference in price if they went their own way on shore.

But while going local might be cheaper, it doesn't always turn out for the better, as one person told us regarding a tour they took on Vanuatu's Mystery Island. While the tour advertised a boat ride to go turtle spotting and visit an "underwater cave", they returned some 45 minutes later bemused at having spotted neither a turtle nor an underwater cave. "I'm not sure how we would've been able to see the underwater cave anyway as we never left the boat," they said.

Another advantage of booking with the cruise company is they'll guarantee the ship will wait for you if your tour doesn't make it back on time – a necessary perk that's not afforded if you decide to go your own way.

It's a good idea not to have your heart set on reaching a particular destination when going on a cruise, since changes to itineraries are particularly common. Sixteen percent of our survey respondents said they'd either missed a stop on their cruise or had their itinerary changed. So in the wise, if not blunt, words of Princess Cruises: "You should not make any important arrangements or meetings based on the scheduled cruise."

Cruise companies generally include a clause in their terms and conditions that allows them to change the itinerary as they see fit. They also rule out paying any compensation if the changes are the result of factors out of their control, such as bad weather or port closures.

But sometimes changes to an itinerary can be so significant they alter the entire nature of the trip, as many travellers embarking on a river cruise in Europe in early 2013 discovered. With high rainfall across France and Germany leaving many rivers unnavigable, some cruise operators decided that rather than cancel their cruises, they would instead move their passengers about by bus – hardly the cruising holiday the passengers were expecting.

CHOICE consumer law specialist Meredith Cridland says it pays to read the fine print of your cruise contract to make sure you're aware what changes cruise companies allow themselves to make and what your entitlements are (if any) if the itinerary changes. It's also a good idea to check in with the cruise operator to see if there have been any itinerary changes before starting your journey, particularly if your departure point is overseas.

"If your cruise deviates substantially from what you think is reasonable, contact the cruise company and ask if there are any plans for partial refunds or discounts on future cruises," Cridland says. "If you're not satisfied with their response, contact your state or territory consumer affairs agency or the ACCC to see if they can take the issue further."

If you think the term "all inclusive" applies to cruises, then think again. While obviously food and lodgings are covered with a bit of entertainment usually thrown in to boot, it's common practice nowadays to have optional extras served up while onboard. Spa treatments, photo packages, laundry, alcohol and soft drink packages, tea and coffee, and even some dining options can all cost extra on a cruise, so if you're interested in splashing out on these things, make sure you budget for it appropriately or you'll get a hefty surprise.

When it comes to the value of the optional extras on offer on cruises, our VYC members were almost evenly split, with 54% of respondents considering the prices charged as being expensive, while 44% said prices were reasonable or even somewhat inexpensive. Some respondents suggested searching cruise review websites before departing so you know what prices to expect, and to do your own calculations as to whether beverage packages are worth it.

Thankfully though, it seems most people are aware of the extra costs involved with a cruise before they depart, with 79% of respondents saying they were not hit with any costs they weren't made aware of at the time of booking.

For those people that were hit with unexpected charges, gratuities and service charges were the biggest gripe. As one member put it: "They should know this sort of mandatory tipping is considered unseemly but they almost forced it onto the passengers." Of those people that paid tips, 39% thought they had paid too much, but others suggested seeing if you can have compulsory tips and gratuities removed from your account at the beginning of the cruise and instead tip in cash – in fact, 26% of respondents said they had previously opted out of compulsory gratuities.

The cost of internet access was another bugbear for our survey respondents, with many finding the services on offer expensive and of poor quality. Some people mentioned the high price of the onboard medical services, while others were concerned about the prices at onboard shops, with one respondent saying: "Make sure you take everything you might need, as prices are high for a lot of things. For example, I broke my cheap sunglasses and the cheapest replacements were $110."

More tips for a happy cruise

While almost half of our VYC survey respondents felt that cruises were an easy holiday with little or no planning required, they had no shortage of tips to help make your cruise that little bit more enjoyable. Here are some of the gems they shared with us:

Aussies love a cruise more than anyone else, according to the latest figures from industry group Cruise Lines International Association, which show more Australians travel on cruise ship holidays per capita than any other nationality. And the big cruise liners aren't missing their chance to cash in on our thirst for setting sail, with the number of cruise ships visiting Australian ports doubling over the past 10 years.