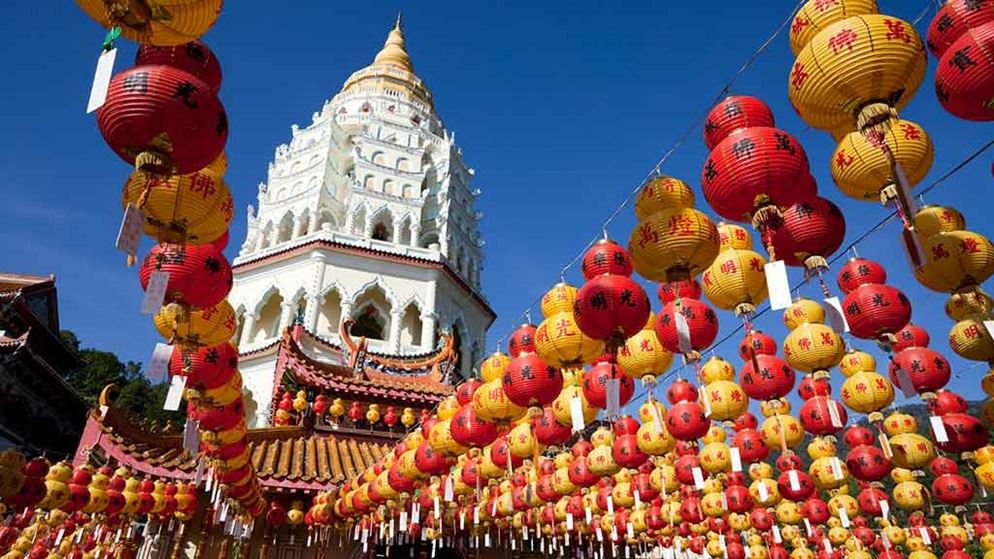 Getting from Kuala Lumpur, Penang, or Langkawi airport to your hotel, and the best sites for booking trains, buses and accommodation - download the Malaysia travel guide.

If you're entering Malaysia on your Australian passport, you won't need a visa. However, you'll need at least six months' validity on your passport and proof of a return or onward ticket.

Most international flights arrive at Kuala Lumpur Airport. This is a major Asian hub, so queues can sometimes be long at immigration.

Scam alert: Ignore anyone who approaches you at the airport offering a lift. The best way to avoid being overcharged is to catch an official taxi.

Airport tax (or 'passenger service charge') should be included in the price of your air ticket, so there's no need to worry about setting cash aside.

Key destinations and how to get there

Peninsular Malaysia has a long-distance train service that runs the length of the mainland from the border with Singapore up to the border with Thailand, where trains continue to Bangkok. (Tip: Smart Traveller advises against travelling through certain areas of Thailand bordering with Malaysia.)

Tickets can be bought at train stations or up to 30 days in advance at ktmb.com.my. You'll need to create an account on the website, but there's no charge and the instructions are in English. See train36.com for a step-by-step guide and some other handy booking tips.

Tip: The Eastern and Oriental Express is a luxury private train service running between Singapore and Bangkok via Kuala Lumpur, the Cameron Highlands and Penang.

In East Malaysia there is only one short train line in Sabah and no trains in Sarawak.

If you can't get to your destination by train, chances are you can get there by bus. There are more than 100 bus and coach companies linking the majority of Malaysia's towns and cities. Transnasional is the state-run service with the most extensive coverage of the country and a choice of seat classes. Competitors such as Konsoritum, Plusliner, Sri Maju, LionStar and Alisan Golden Coach offer extra luxuries such as blankets, pillows, refreshments, Wi-Fi and personal entertainment. The Transtar first class service between Singapore and Malaysia even has leather recliners with built-in massagers!

You can buy tickets at bus stations or from hotels or travel agents. The process for booking online varies depending on which service you want to travel with. If tickets aren't available through the bus company's website, try easybook.com or busonlineticket.com.

Tip: If you need to go somewhere that isn't accessible by bus, long-distance taxi fares aren't unusual in Malaysia. In most towns you'll find taxi stands where locals (and some budget travellers) wait until there are enough people to split a long-distance fare.

Domestic flights are the main way of travelling between Peninsular Malaysia and East Malaysia, and a faster way to connect with destinations a long way from Kuala Lumpur, for example Langkawi. For destinations accessible by air, see this list of airports in Malaysia.

Transport tip: rome2rio.com is a great resource for working out how to get from A to B, anywhere in the world, by almost any means of transport.

The best way to get around towns and cities varies from place to place. Kuala Lumpur has an excellent public transport system, which is cheaper (and often less hassle) than catching a taxi. In smaller towns taxis may be the best option, and in some historical towns, such as Malacca, you can get around the narrow streets in a bicycle rickshaw. In remote parts of East Malaysia and on some remote islands, such as Tioman, options may be limited to walking or catching a boat.

By law, all taxis should have a working meter. Unfortunately, many drivers refuse to use them and will insist on negotiating a flat fare.

Scam alert: If your taxi is metered, watch out for unscrupulous drivers who may take the scenic route or even have a hidden button that adds a few extra ringgit to the fare.

Tip: Always try to flag down a passing taxi rather than taking one that's waiting by the side of the road. Taxis that wait at tourist spots will usually charge more.

Read this blog for some handy first-hand tips on catching taxis (and avoiding scams) in Kuala Lumpur.

Car hire is available at most airports, cities and towns from Avis, Hertz and a range of local companies.

Peninsular Malaysia is covered by a network of good quality roads. The roads in East Malaysia aren't as well maintained, and many areas are inaccessible by car. Congestions can be quite bad at times, and Malaysian drivers aren't known for sticking to the speed limit or obeying the road rules.

Accommodation options range from five-star hotels to cheap beach shacks. Prices will certainly be cheaper than in Australia, or in neighbouring Singapore, but you won't always find the kind of shoestring prices available in some other south-east Asian countries.

Bookings can be made on the usual sites, such as wotif.com, lastminute.com, booking.com, hotels.com, expedia.com or hostels.com, or you may find a more competitive rate through the hotel's own website (if it has one) or through local sites such as marimari.com or asiarooms.com. Check customer reviews on Tripadvisor before you book.

Airbnb can be a good place to find a cheap apartment or B&B, or try the Malaysian website go2homestay.com for more homestay options, particularly in villages and rural areas.

Tours can be organised once you're in Malaysia, or in advance through a travel agent or travel booking site such as intrepidtravel.com or malaysiaholidays.com.au. Search Tripadvisor or Viator for recommendations from other travellers. For short tours and day trips, consider waiting until you're on the ground - you're likely to have greater choice and find better deals.

If you're travelling in a group, consider hiring a car, a taxi or a private driver as it may not cost you much more than joining a bus tour.

Warning: Vehicles and equipment such as mini-buses, boats and scuba diving gear may not be up to international safety standards. Beware of over-crowded boats in particular.

Package tours are a low-stress option for travellers who don't want to organise their flights, accommodation and on-the-ground transport separately. For deals, check airline and travel booking sites as well as travel agents.

Got a travel tip about Malaysia? Or spotted something in our guide that needs updating? Add a comment below.